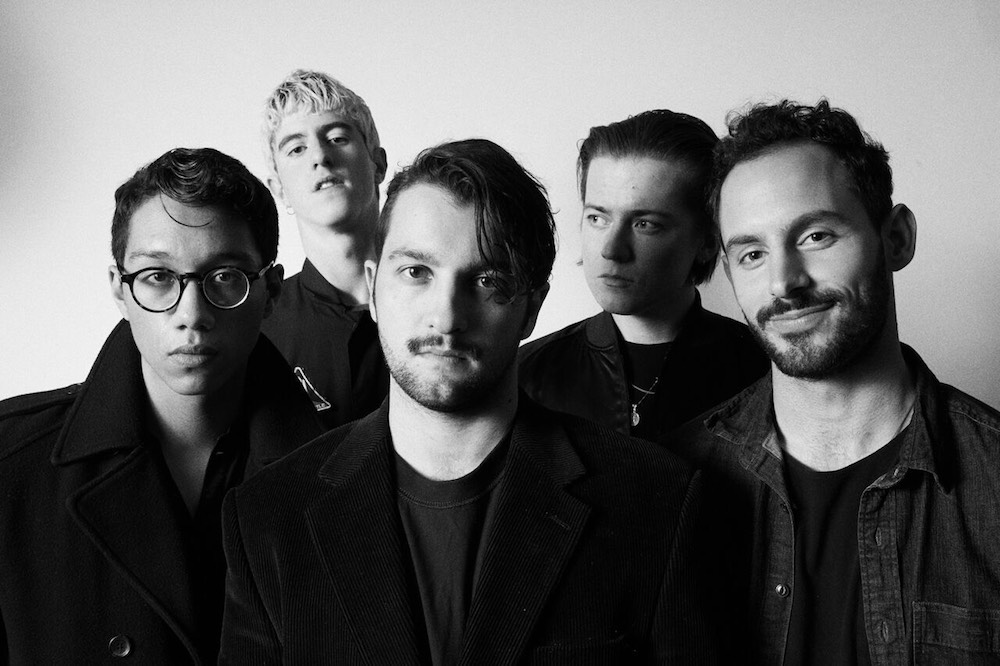 The sunny quintet that Angelenos may know as Jubilo Drive almost called themselves Thursday Night Taxi Service. It has a neon sheen to it, though band names should not have that many words or letters. The phrase was used by the band’s previous drummer, Eric Cruz, as the title to his college radio show. One of his proudest moments was being able to share his own band on the airwaves, though his time with Jubilo Drive was cut short—Cruz passed away in early 2017. Their new record gave the remaining members a way to honor their friend.

“Right now Jubilo Drive is essentially a new band with an old name. We had some ups and downs making this record but we’re stronger and wiser for it. I feel really confident about our process moving forward. Just the other day we put together six new ideas for songs and are looking on course to put out another body of work in 2019.” – Jordan H. Kleinman

On Late Night, Early Morning, the local band expertly connects surf pop to krautrock. Frontman Jordan H. Kleinman admits that their approach to recording these tracks was, for lack of a better term, experimental. “We’ve determined what does and does not work for our sound,” he said about the experience. They may not have settled on any stable genre, but Late Night straddles several influences and adds up to a covertly sorrowful romp.

Jubilo Drive has a strong instinct for infectious riffs and they never overstay their welcome. Lead single “Off Satellites” is the best example: the intro is half of the song, ushering in lyrics that, according to the band, are just about “examining the blockades between us and the ones we love.” The bold electric guitars on “Something Inside” dissect Kleinman’s own anxiety and depression. Longtime fans of the band may recognize the drumming on “Form & Function”; it was directly sampled from their old single “Hidden In Plain Sight” so Cruz could be credited as a player.

Several other songs on the record reference Cruz, but no moment tops the (slightly edited) radio clip in “99.2 ERC.” It leads directly into the final song, the fateful “Thursday Night Taxi Service,” with as enthusiastic an introduction as you would expect from an earnest college kid who bristles at self-promotion: “Well, uh…well here it is!”