The Troubadour was slowly filling as King Tuff  and opener, Tropa Magica (fka Thee Commons) lined up across the infamous West Hollywood stage. The six-piece band (Tropa Magica) complete with keyboards and violinist immediately warmed up the crowd with their care-free party vibes. Tropa Magica’s music is described as psychedelic cumbia-punk and they are one hundred percent a product of East L.A. Not only did they get everyone dancing via intoxicating rhythms, but they were clearly having a great time and the crowd generously kept the party going by continuously delivering armfuls of beer to the band. Drummer Rene Pacheco incorporated the donations seamlessly into his drum kit replacing the cowbell with a beer bottle after multiple deliveries. The cowbell eventually was taken off his kit and carried through out the venue by the keyboardist, nominated by the band for the task, with their bass player following behind to make sure the people in the back were also part of the party. Tropa Magica’s high energy set put everyone in the right space for cosmic rocker King Tuff.

King Tuff (aka Kyle Thomas) has in the past talked about struggling with an on-stage persona that was much more party-boy then his off-stage. He has now re-embraced the  fun aspects of his King Tuff personality. Opening the night with his “space flute” — a crazy-electronic-slide-whistle thing-a-ma-bob, King Tuff was bedazzled with a field of golden stars and music notes from head to toe including a sequined cape which he said made him feel free. For those cape curious, King Tuff highly recommends everyone tries wearing a cape. Joining the psych rock extravaganza was Coley Lawerence-a serious precise guitarist, Tuff said they were celebrating their one year friendaversary of meeting in the Troubadour bathrooms. Also joining King Tuff was wild child Zoë Brecher, who’s left-handed drumming talent seems to emanate from demonic possession. Also, on stage with Tuff was Adrien Young, a rad bass player who Tuff claimed he met in his dreams… or Echo Park… who can tell?

Although King Tuff describes his latest album as a result of hitting rock bottom, King Tuff’s show was awash with color, light and good times.

Nothing but good vibes. 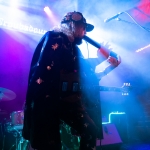 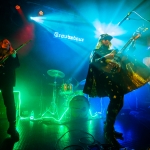 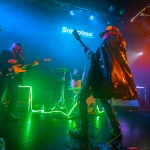 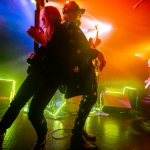 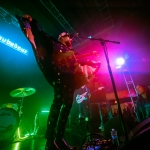 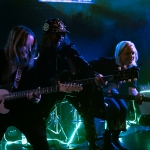 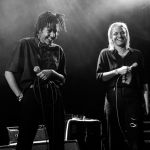 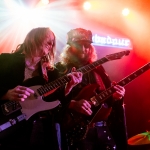 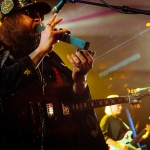 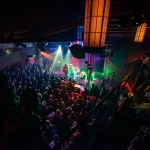 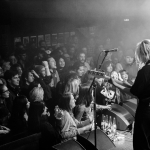 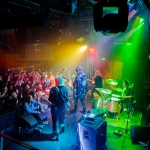 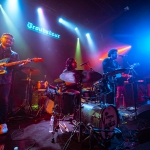 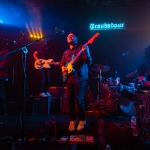 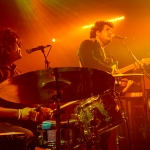 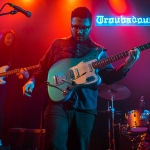 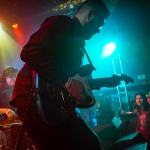 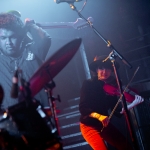 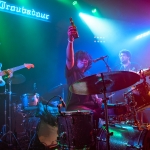 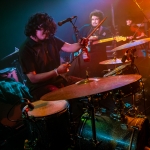