Metric came through Los Angeles last week for an explosive performance at the Hollywood Palladium. The Canadian band are touring in support of their seventh studio album, Art of Doubt.

It had been a few years since Metric played Los Angeles, and fans came out in droves filling the Palladium from top-to-bottom. If there is one thing that can be said about Metric, it’s that the band evolves effortlessly, delivering music that never gets old. Their performance at the Hollywood Palladium was non-stop. Front-woman Emily Haines’ energy is intoxicating. With every bounce and shimmy, the adored singer had us shouting nostalgic words heard in long-time hits “Dead Disco” and “Gimmie Sympathy.” Which by the way, Los Angeles must hold a special place in Haines’ heart; on most tour dates she lets the fans decide between “Dead Disco” and “Gimmie Sympathy.” Almost always, “Gimmie Sympathy” wins, but this time around they both won. My heart couldn’t have been more full. I hadn’t seen Metric perform in 7 years! While the band has delivered many great albums, my old school ways still favor early Metric. I was dying to hear more songs off Old World Underground, Where Are You Now? and would have LOVED to have heard songs off the two Metric albums that followed, but we all know you can’t always get what you want.

Metric knows how to make their fans happy. The Palladium was glowing with smiling faces, people dancing everywhere. It was the kind of show where you could move to another area and make a new friend and bond over how long you’ve loved this band and how badass each member is at owning their craft. Guitarist James Shaw is electrifying, while Josh Winstead is such a rad bass player. He has always stood out and really drives Metric’s bass line-heavy sound. The fire that keep’s Metric hot however, is Emily Haines. Her voice is still so beautiful, and her stage presence is just so lovable. It’s nice to see her wild out on the synths, that has become somewhat a signature of hers. It was also a special treat to see her join in on the guitar. That was a first for me. I had never seen her play the guitar.

Closing their set with a triple encore consisting of “Dark Saturday,” “Now or Never” and “Help I’m Alive” — Metric sent us home on a high, but still craving a little more. 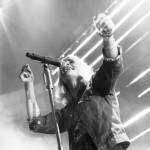 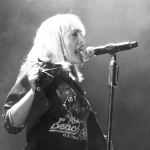 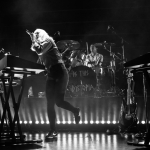 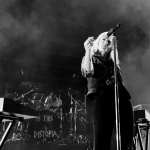 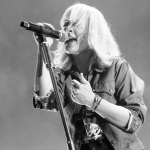 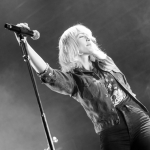 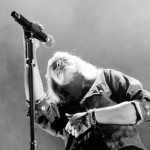 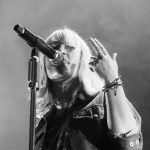 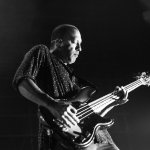 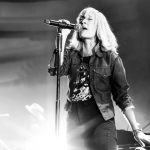 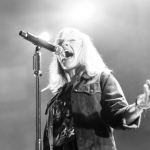 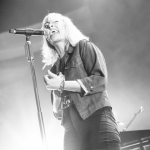 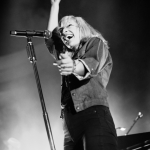