The first of three nights in Los Angeles, Broken Social Scene consumed patrons of the Fonda Theatre with their grand orchestrations. Wednesday’s iteration of the amorphous Canadian musical collective featured various makeups of eleven musicians. Twenty years deep in the game, their unfaltering live performance was evidence these guys don’t show any signs of slowing down.

Songs off Broken Social Scene’s latest pair of EPs Let’s Try The After (Vol. 1) and (Vol. 2) were cushioned by classic tracks off older albums. Samplings from You Forgot It In People included “Pacific Theme” (the opener of the set), “Cause = Time,” and “Lover’s Spit” (the final song of the evening). 2005’s self-titled LP was represented by “7/4 (Shoreline),” “Hotel,” and the combustive “Superconnected” and “Ibi Dreams of Pavement (A Better Day)”.

The atmosphere turned sultry for “Sweetest Kill” off Forgiveness Rock Record. “Skyline” and “Protest Song” off Hug of Thunder were played along with the album’s title track. As La Force vocalist Ariel Engle took the role as lead female vocals for the show, it was an opportune time to cover La Force’s “TBT”.

Urgent percussion fueled the crowd all set long, and fierce loyalty to the band’s past catalog helped push them through lulls during new tracks. Banter, talking amongst each other on stage, cracking jokes while tuning guitars; it was all casual. There was a palpable comfort emanating from the crowded stage. It felt more like we were sitting in on a rehearsal in someone’s living room than a concert in Hollywood – in a very good way. 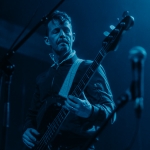 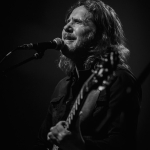 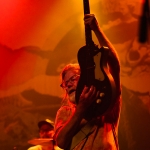 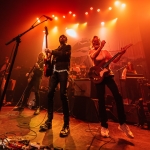 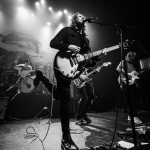 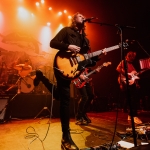 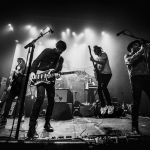 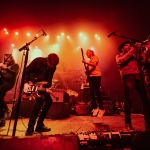 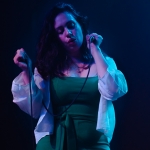 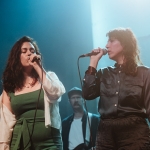 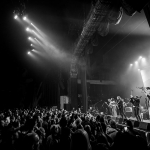 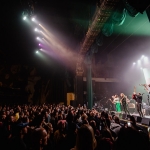 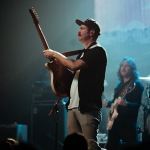 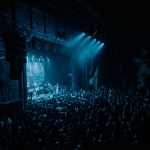 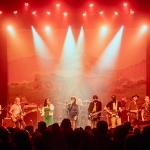 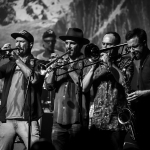 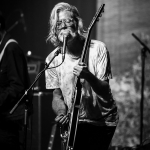