Toro y Moi opened for Chromeo Sunday night at the Hollywood Bowl. It was the first night of KCRW’s 2019 World Festival. At its core, Toro y Moi is Chaz Bear (born as Chazwick Bradley Bundick), but he was joined on stage by a live band that included a bassisst, keys, percussion, and a conga player. Credited with being a prominent figure in the rise of chillwave early in the decade, Toro Y Moi’s heavily applauded January 2019 release, Outer Peace, leans more heavily into the weird, groovy realm where funk basslines meet house beats.

This sonic shift made him a natural fit to prime the Los Angeles crowd before Chromeo’s set. That was made all the more apparent by the endless dancing bodies moving to the set that included nine of the ten tracks on Outer Peace.

Chromeo, the electro-funk duo hailing from Montreal, brought down the Hollywood Bowl as soon as they took the stage. The self-proclaimed Lords of Funk, David “Dave-1″ Macklovitch and Patrick “P-Thugg” Gemayel have been making music together since the mid-90s. Their sound is an anachronistic technological wonder; beneath Chromeo’s retro aesthetic is shining modern production. The set was full of dazzling surprises and boundless energy; the crowd at the Bowl was enthralled from start to finish.

The set was opened with “Intro” flowing into “Fancy Footwork,” and “Bonafied Lovin’” and “Needy Girl” followed not far behind. They played six tracks off their most recent release, 2018’s Head Over Heels, which was nominated for a Grammy in the Best Engineered Album, Non-Classical category.

Stand out moments included the full on sing along that took place during “Must’ve Been,” and an impressive drum solo in “Don’t Sleep.” 2014’s White Women had its time, too. Chaz Bear of Toro Y Moi joined Chromeo on stage during “Come Alive” and the crowd danced in a sea of cell phone flashlights during “Old 45’s”. During “Over Your Shoulder,” Dave-1 walked along the ledge between two sections of crowd before meeting up with P-Thugg for a joint guitar solo standing back to back.

Chromeo set was closed with “Jealous (I Ain’t With It).” Dave-1 plays a chrome guitar, and when the spotlights hit it during “Night By Night” off Business Casual the beam scattered like a disco ball obliterating everyone in it’s path.

Chromeo’s powerhouse live show is a precisely calibrated, beautiful thing to behold. From the thick synth bass driving the groovy beats to the gurgle of P-Thugg’s talk box to the expertly executed light show, Chromeo was a blast to open the Hollywood Bowl season with. 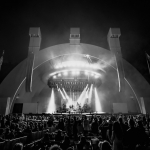 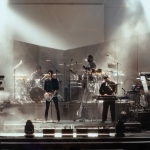 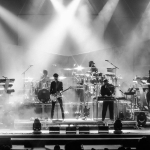 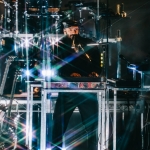 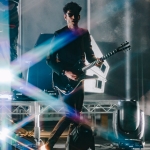 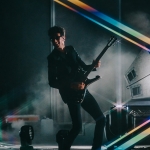 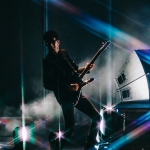 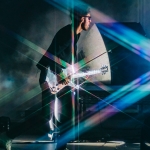 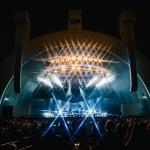 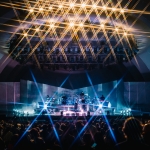 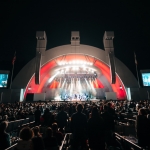 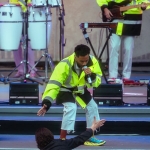 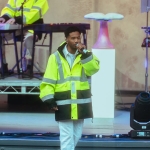 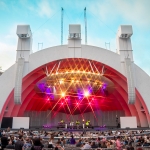 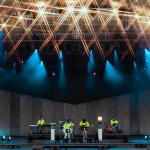 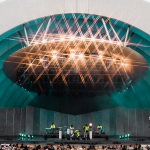 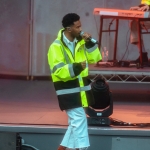 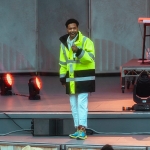 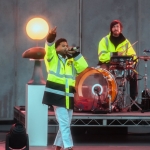 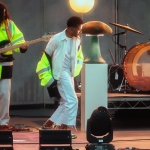 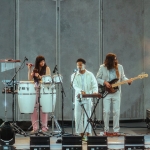 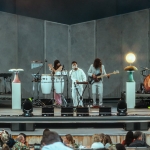 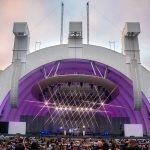