To the tune of a sold-out crowd roaring her name, anti-pop (but still kinda pop) phenomenon Billie Eilish gave a string of L.A. homecoming shows an emphatic finale at the Greek Theatre. At 17-years-old Eilish is perhaps one of the youngest performers to step onto the amphitheater stage as a headliner, sharing it alongside her 21-year-old brother, producer, and songwriting partner Finneas O’Connell.

But you’d be hard pressed—apart from her age—to find any reason to think Eilish is new to this. Feeding off the nothing short of rabid energy the crowd was giving her the entire night—Eilish’s normally murmured choruses transformed into thunderous echoes shouted back at her—assuming the spotlight with a giddy delirium. Under the flashing guise of strobes, the very floor she danced on an ever changing screen of crimsons and searing-white lights, at times just a silhouette hiding in the dark—Eilish bathes her set in all the dark dreaminess, angsty nightmarishness, and tongue-in-cheek morbidity of her songs.

But one of the defining characteristics of Eilish’s set was less what was going onstage and more of what was happening in front of her. Her performance and production are absolutely overwhelming, yes—her bass heavy confessionals and dramatizations the kind of anthems that slip somewhere into a realm of punkish authenticity that, once unleashed, are impossible to resist—but it’s her crowd that catches the eye.

Young girls and boys, pre-teens and teenagers wearing Eilish’s unofficial uniform: lime-green neon, oversized tees, bright orange beanies, some have their hair done in one of many styles the artist has donned in recent years—are raging all around you. In a short amount of time and with only one album under her belt, Eilish has managed to tap into a poignant vein of understanding—owing in part to her age but mostly to her slyly nonchalant songwriting—that has connected with a burgeoning generation of music lovers.

It’s the kind of phenomenon and mania that goes beyond catchy pop-hooks and addictive beats, running deep into what Eilish has come to represent for the young voices that feel themselves heard in her whispery vocals. And that owes itself to Eilish’s light-footedness—the relative cool and even relish she has for getting up in front of hundreds or thousands of people and singing her songs.

If there’s one takeaway from her Greek Theatre debut it’s that someone needs to get this woman a bigger stage, she’s outgrowing them faster than they can book her. 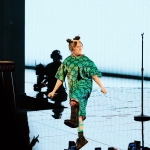 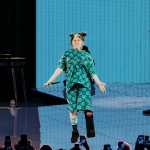 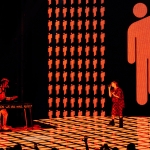 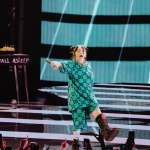 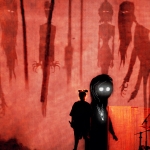 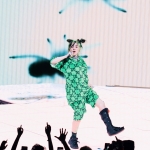 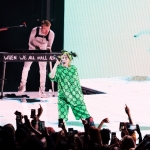 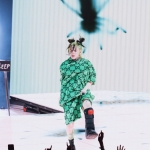 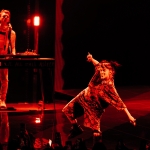 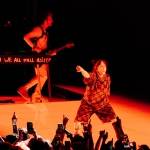 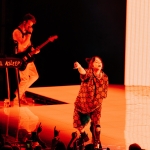 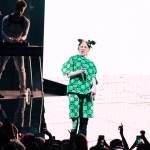 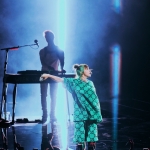 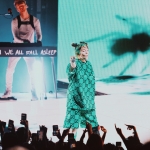