Summers come and summers go, but a summer involving Julia Holter makes it a decidedly more memorable one. A cool August eve at the Teragram Ballroom was a night of exploring her majestic orchestrations in a personal space, an allusion to the music she herself writes. On her latest album, Aviary, she has upped the ante as far as her instrumental production is concerned, weaving together bits of dark and light and silence and cacophony with a full backing band of multireedists and string sections, and it is purely the continued evolution of her multi-layered songwriting: a wide-screened diaristic style of baroque pop and jazz that brings us in to a world that is at once familiar and another not, and never holds us back.

That was on full display Thursday night, with the same full band brought onto the stage to perform some of the album’s strongest material. Holter herself was as jubilant as ever, perhaps owed to the fact that she was back in her hometown and performing at the same space from which she has once performed before. There was the sense that that familiarity with the downtown venue meant something special for her, and rightly so, as it laser-focused on her strengths as a performer, conducting the moving cinematic insularity of “Words I Heard” or “Colligere” with verve and entrusting a kindred musicianship with those on-stage for “Voce Simul” and “I Shall Love 2” that she almost literally melts.

More propellant tracks like “Whether,” “Les Jeux To You,” and “Sea Calls Me Home” from Have You In My Wilderness were equally impressive, seeing Holter take full command of the stage. It was lovely hearing tunes from Loud City Song and Ekstasis make it into the setlist, showcasing what an impressive decade of music Holter has provided us.

The ethereal ambient poetry of Ana Roxanne opened the night, which certainly helped set the tone. 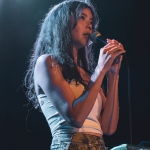 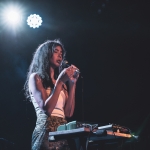 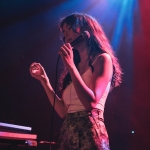 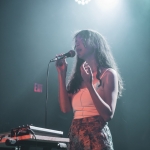 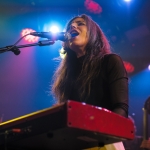 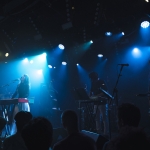 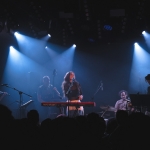 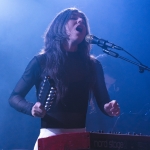 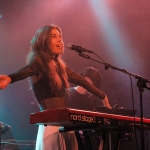 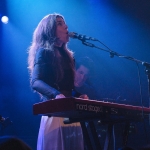