The Hollywood Bowl hosted a magical night of music this past Sunday with the perfect line up of Lord Huron, Shakey Graves and newcomer Yola. Yola commanded attention and left the seasoned Hollywood Bowl audience on their feet (something I have never seen a first slot opener do). She is definitely a rising star  with an amazing voice and you should check her out.

Up next was Shakey Graves… if you see him live be warned he is dangerously charming. Shakey Graves aka Alejandro Rose-Garcia starts his set solo. Just a one man band, guitar in hand, heels keeping time and heart splayed open. His music is as witty as it is beautiful. What makes Rose-Garcia such a treat to watch is he always seems completely in the moment and self aware. He has a running commentary on his own lyrics and does not gloss over when his song mentions having a gun while he is singing under a flag at half mast for two mass shootings, one in his own home state of Texas.

Shakey Graves sprinkled stories of the magic of Los Angeles and finding your way through the less than magical bits admitting he might be to blame for some of it (do not take in street couches). He also brought out friend Trixie Mattel to sing “Dearly Departed”. By the end of his set Rose-Garcia was demanding the audience participate in a call and response and they happily obliged him.

The final set of the night, Lord Huron opened up to an emerald lit stage referencing the last song of their Vide Noir album “Emerald Star” for which lead singer Ben Schneider was joined in a beautiful duet with touring band member Misty Boyce. Lord Huron’s set at the Hollywood Bowl was dark and soothing with a pinch of heartache. They, like Shakey Graves, were caught taking in the meaning and enormity of playing they historic venue joking that a band member asked when they got the call “You sure they didn’t say the Bollywood Hole?”

The band was silhouetted against an ever changing backdrop referencing the city of LA that inspired them. The last song of the encore also brought out surprise guest Phoebe Bridgers to duet on “The Night We Met.”

The Hollywood Bowl was the perfect venue for these gifted songwriters to express their inspiration made possible by the magic of the city of Los Angeles. 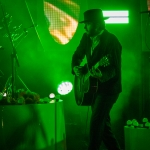 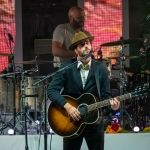 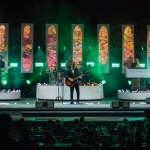 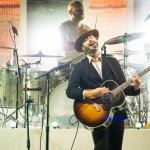 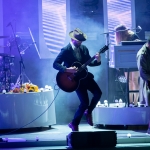 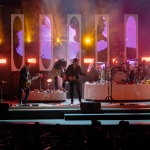 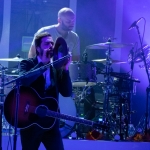 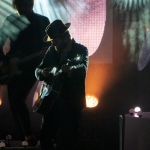 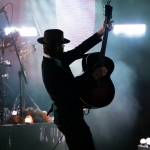 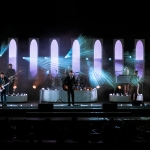 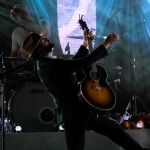 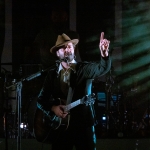 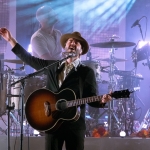 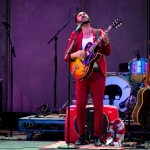 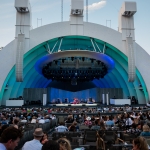 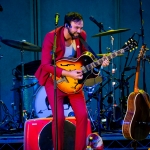 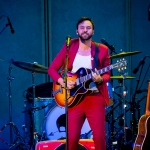 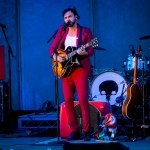 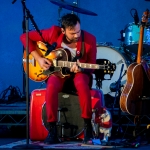 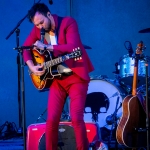