Lord Huron were always destined to eventually play the Greek Theatre and on Saturday night, amongst the stars and trees that blanket the iconic Los Angeles hillside venue, the band made that scene a reality. Lead by Ben Schneider, the velvet-throated crooner with enviable hair, the band gave their sold-out crowd a night of rollicking, bittersweet folk anthems. Their new album Vide Noir played a large part in their set, offering many of the more melancholic moments of the night with songs like “Wait by the River” and “When the Night is Over.” Yet, even though the band has a talent for eliciting a sharp pang of emotion with their moving slow-burners, the night was also filled with foot-stomping energies of some of their more kinetic plays too. Lord Huron has always displayed themselves, especially in their live shows, as a new age rockabilly meets folk band. Their cutting guitar work and Schneider’s own vocal style are reminiscent of decades past, albeit with a deeply modern existential angst mixed in. As such their painted landscapes, be they the dark and wonderous places visited in Lonesome Dreams or Strange Trails, or the Los Angeles-inspired void of Vide Noir, are locations sublimely just out of reach.

Live, Schneider and company balance that heady existentialism with a giddiness that gets people dancing like no other. People young and old were jumping to their feet the moment those opening twinkles of “Fool for Love” began to echo through the Greek, and by the time the band was neck deep in the song’s tumbling riffs and darkly humoristic narrative (with Schneider coming out just before the song began in his signature hat), there were people spinning and twisting with their loved ones all over the place. But apart from getting an actual Los Angeles crowd to dance to their driving, soul-enriching folk-rock antics, Lord Huron also has a knack for those quieting ballads. Like the large emerald hanging above his head, Schneider’s voice glows in the dark when unraveling the secrets of love or careening itself through the void. Vide Noir has no shortage of glazed-over, dreamy songs on which Schneider seemed to spellbind the crowd, and the Strange Trails track “Dead Man’s Hand” was a particular crowd pleaser as well, especially when he started blowing on that harmonica around his neck.

Ultimately, Lord Huron never fails to leave the crowd feeling a whole mess of emotions during and after their shows. Songs like “Time to Run” and “Frozen Pines” have you feeling like you need to jump in your car and drive into the desert, while others like “Hurricane (Johnnie’s Theme)” and “Ancient Names” have you swinging your body and head to virulent guitar rips. Even Schneider more than once could be seen whipping his hat off his head and letting loose his hair as he stooped and swung himself around with every hotly played melody. Endlessly charming, Schneider and company are the kinds of disarming rock-stars you’d find playing a cover of “Johnny B. Goode” in some ballroom out in the Midwest; from another era entirely, but oh so exquisitely needed right now. Their enthusiasm never falters and their songs have a way of drawing you by the hand into their darkly, beautiful worlds. Ending in an encore with undoubtedly one of the most beautiful songs written in the last decade, Lord Huron completed their Greek Theatre debut with “The Night We Met” and a more poignant finish to such an ethereal night could’ve ever existed. 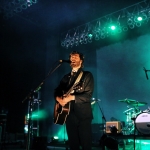 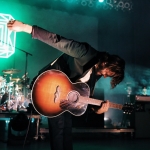 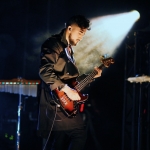 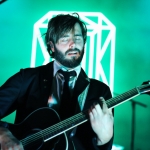 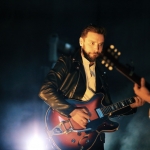 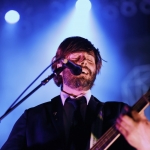 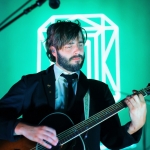 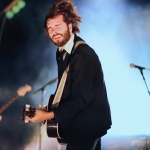 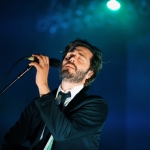 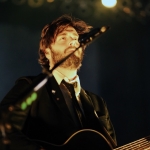 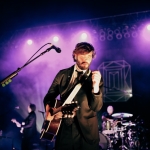 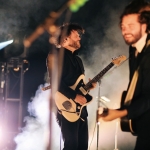 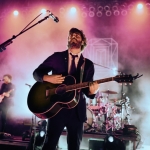