The world is coming to grips with a wave of change that sometimes looks like it’s a change for all the wrong reasons, and yet forces for good, those that cling to hope and resist in the face of the worst, still remain above that torrent. The force here, specifically, is womxn, and womxn in the music, culinary, and arts industries. With the startling statistic that only 19% of music festivals feature womxn, it was about time – in fact, exactly on time – on what was the 99th anniversary of the passing of the 19th amendment, which allowed the first passing for womxn to vote, that a festival created entirely by women came along.

The inaugural YOLA DÍA, held in LA State Historic Park and presented by YOLA Mezcal, celebrated a day not just of women but also of love and togetherness that looked to captivate a low-key but dedicated downtown crowd. Though a tad short on activities, it was hard to complain with nine music acts spread across two stages, food and drinks of all different types, as well as a wonderful art installation of flags from over 25 artists. You could feel the energy of perhaps a newfound annual festival in the making, one that aimed to prove that it can be done and kick some ass.

Lia Ices kicked off the day with dreamy slow burn tunes from her previous work as well as highly-anticipated new material (she recently released the single “Wave 2” after a five-year hiatus), which then gave way to the electropop stylings of Empress Of, performing tracks from her LPs Me and Us with fellow Angeleno Psychic Twin.

Cellist Kelsey Lu performed a rather meditative set on the MainStage that featured a fusion of blues and electronic not unlike the landscape that marked her debut full-length Blood. That she took over the main stage helped display her aural and visual prowess, with mind-warping on-screen animations to reflect her beautifully vibrant braids. I’m still not clear on why she had a bowl of potato chips on stage, but if she was hungry, then she was hungry. The audience might have been too, as she gave them a helping of some.

In between sets on the main stage, proclaimed civil rights legend Dolores Huerta greeted the crowd, who urged everyone to have fun and equally fight for basic human rights. She stated her famous phrase “Si, se puede” which had me and everyone in attendance glowing and cheering with praise.

SOPHIE entered my ears last year with one of the best records of the year, Oil of Every Pearl’s Un-Insides, yet her set was first and foremost a DJ set. She really pumped up the crowd and hit hard throughout most of her set, however there was a lingering sense of disappointment that we couldn’t get a set of her singing or hearing any tracks from the record. Given the pulsating and glitchy hypnotism of her sound, It might just be better suited to see her perform it in a darkened and closed venue.

Megan Thee Stallion did what Megan Thee Stallion does, and that is tear up the stage and shake it like there’s no tomorrow. This year’s release, Fever, contains some of her sharpest production yet, and getting to hear it with the same crystalline power gave everyone in the audience something to get out their phones and instantly ‘gram it for.

The biggest surprise of the evening was seeing Courtney Love and seeing her light up renditions of her best work in Hole as well as as covers of Fleetwood Mac and Echo and the Bunnymen. She was questionably on the smaller of the two stages, but she made up for it in every way by commanding her presence and taking aim at everyone, all the while singing to her heart’s content.

Cat Power helped to ground the energy with her sobering blend of folk and blues, which might not have been the energy necessary to get us into closer Lykke Li, but knowing Cat Power has returned after a six-year hiatus was enough to heighten the urgency of this performance. Just before Lykke Li came on, her partners with YOLA Mezcal, Yola Jimenez and Chef Gina Correll Aglietti came on stage to thank everyone for their support in bringing people together for their first ever festival. Lykke Li took that quite literally when, during her set, she had people join her on stage. The electrifying set – a continuation of support of her record so sad so sexy – featured stage design and interpretive dance that capped off an empowering day of music that I can only hope returns for a second year and many more in the years to come (I would say for food as well, but I did not get the opportunity to try any! Either way, support local food shops and tastemakers). 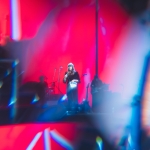 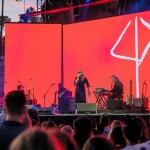 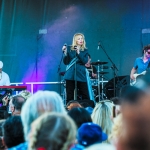 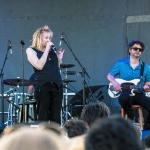 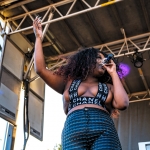 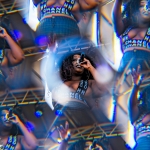 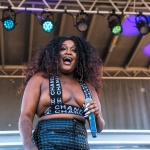 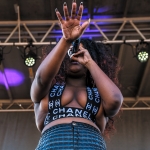 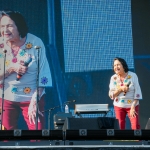 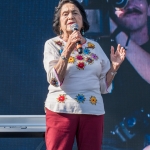 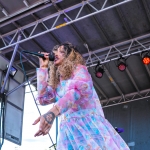 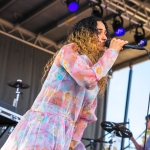 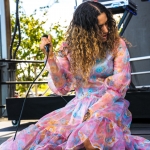 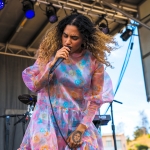 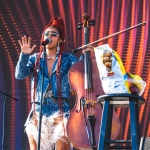 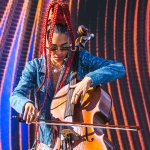 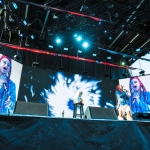 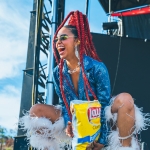 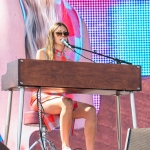 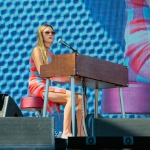