Bringing sounds from the Pacific Northwest, singer/songwriter Eric Anderson and his Seattle based band Cataldo, softly rocked an attentive crowd Monday night at the Morrocan Lounge. The rustic and cozy venue rummanated with Anderson’s unique strain of happy/sad pop music along with the nostalgic musings of opening band, Plastic Picnics, whose vibe one fan described as “a permanent beach aesthetic.”

While Plastic Picnics echoed along with delicious synth sounds that would make any 80s child proud, Anderson and his rotating band, this time featuring keyboardist Nick Shadel and drummer Aaron Benson, slowed down the evening with a style that is a little harder to describe.

Whether it was reworking old acoustic singles or giving a rather lengthy, but totally Cataldo, intro to a new song, Anderson and his mates conjured up a homegrown feeling in a city that pulls people from around the world.

“I feel like I’m singing to my buds here,” Anderson said. “We are all buds.”

Monday night’s set was balanced with a healthy dosing of Anderson’s older, more obscure songs with a mix of fresh tunes right off his fourth studio album. Cataldo’s set triggered an almost trance-like response from the audience, as they quietly and cozily listened.

While one can definitely say that Anderson and his band sounded sharp, the charm in a Cataldo show is not only in cleverly written songs or the band’s performance of said music. Nor is it the size of the crowd — Monday night’s turnout was more than modest but less than packed. More so, it’s in the earnest delivery of their music. Whether telling a story about how a couple got engaged at a previous show, or joking about the songs that no one would want to propose during, Anderson is never just the musician on stage singing his songs; he’s the long distance friend catching you up on where he’s been before asking about how you’re doing. 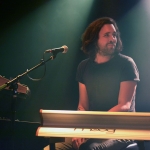 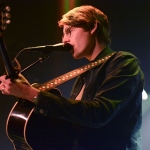 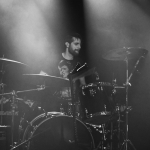 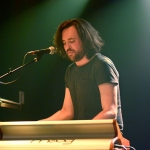 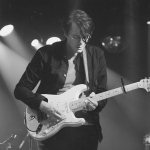 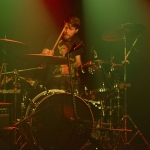 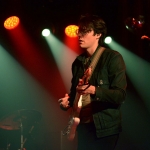 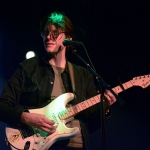