The Wiltern is usually a relatively chill place to see a show in my experience. The pit is separated from the rest of the room by a ramp that the photographers are allowed to use for photography. It generally serves for a pretty intense barrier. That was NOT the case last night when IDLES and Surfbort took hold of the Wiltern.

Before IDLES and Surfbort took the stage, LA youngsters Speed of Light were bemoaning that they would not be in a mosh pit being they were above the fray and I teased them that they could start one on the second level. That as it turns out was not how things went down at all.

Surfbort came out to tons of local fans and immediately the room exploded in energy as Dani Miller, front-woman turned Gucci beauty model paraded around belting out songs. Dani is known for her counter-culture looks with missing teeth and wild makeup breaking gender norms and redefining beauty. She was clad in Gucci but she wears it like thrift store finds and several times joined the mania of the mosh pit at the end thanking the crowd crying “I am a pony and you have given me a ride.” If a bunch of raccoons got together to form a punk band that band would be Surfbort.

As wild as the Witlern was for Surfbort, nothing could prepare one for the surge of masculine energy that hit when IDLES took the stage. The first note crushed the packed room forward more than a few feet and then the mosh pits spun out of control. The Wiltern was a sea of flailing limbs surging to the heavy beats of the punk-not-punk IDLES. As angry and masculine as their sound is, their message is anything but.

Throughout the night, IDLES would break in to fun cover of mashups and remind the crowd that they need to respect everyone, and to express their feelings and other anti-toxic masculinity advice. They insisted that every one of their songs was a feminist song with out a smirk, but a dead seriousness. IDLES even covered Mariah Carey’s “All I want for Christmas” and at the end of the song, singer Joe Talbot stated: “THAT, is punk.”

IDLES even more than Surfbort refused to be confined to the stage with guitarists Marc Bowen and Lee Kiernan taking turns stringing their guitar leads through the room past the ramp and tightrope walked along railings multiple times. Eventually Talbot joined them swimming up a stream of fans to the back of the theater singing “making my way back to you babe” to join up with Marc Bowen who was standing on some fans at towards the back.

It was also bassist Adam Devonshire’s birthday and he got a cake and a lovely serenade by the audience.

IDLES are making their way to the east coast next supporting their album “Joy as an Act of Resistance” and then they head to Europe ending up in their home, England.

IDLES are definitely a band worth seeing live for their volatile energy and  mashups of songs like Harry Neilsons “I Can’t Live if Living is without You” with AC/DC’s “Thunderstruck” BUT fair warning you have to not mind being squashed in a sea of wild sweaty fans for an hour and a half. 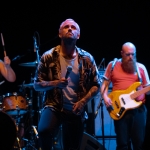 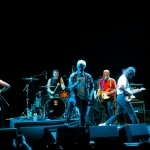 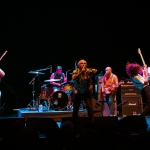 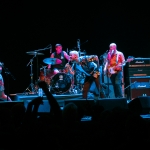 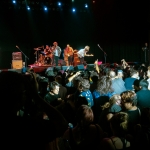 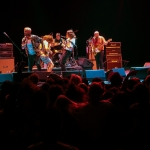 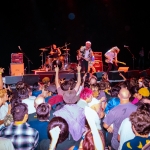 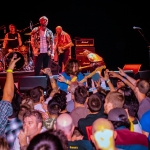 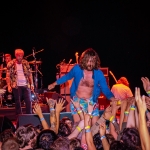 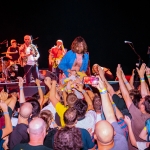 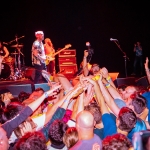 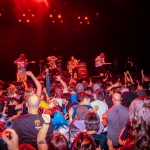 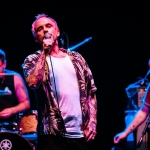 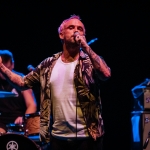 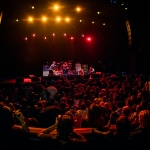 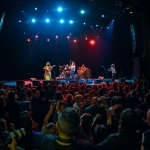 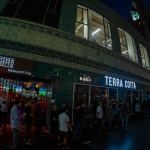 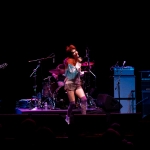 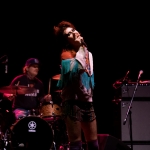 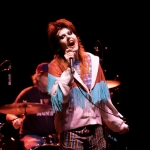