The good vibrations were flowing this past weekend at HARD Day of the Dead at the LA State Historic Park. An all star line up that included Skrillex & Boys Noize as Dog Blood, ZHU, TOKiMONSTA, and The Martinez Brothers brought out Angelenos looking to dance. People really embraced the holiday spirit and almost everyone was in costume.

Through the lens of Insomniac events, HARD Day of the Dead is relatively small. They had two stages with live music that started at 2pm and ended at 11pm. While this pails in comparison with Electric Daisy Carnival, the energy was palpable.

The smaller Duro Stage was primarily focused around deep house/ techno and kept a dedicated crowd (many with Desert Hearts necklaces) moving to heavy bass and trippy green lighting. The HARD Stage was significantly bigger. It had a large screen, advanced lighting, and drew a bigger crowd. No mater which stage you were at the sound was wonderful!

As John Bryars took to the decks people began entering the festival and taking photos with the large inflatable sugar skull. Despite the afternoon heat, everyone was ready to dance. The Duro stage had a new DJ every hour with Rosa Pistola and Goddollars & Paradise following John Bryars.

Over on the HARD stage Brownies & Lemonade had residency before handing the stage over to Softest Hard. I was not familiar with Softest Hard and she blew me away. Her drops were well constructed and she had a great ability to remix classic songs. After her set, the stage flooded with fog and 1788-L took over, delivering heavy and head-banging electronica.

By then the sun was setting and I made my way back to the Duro stage to catch Lauren Lane’s set. She delivered a killer tecky house set and people were down; dancing in the warm setting sun. After soaking in her good vibrations, I went back to the HARD Stage to catch Elohim.

I first heard of Elohim on KCRW in 2017 (Grimy Goods featured her in 2016) and really liked the direction she was going. She was moving from dark Xanax sad girl into a more developed and introspective arena. Her songs like “Panic Attacks” and “Hallucinating” packed powerful lyrics into well constructed melodies. Since 2017, I’ve seen her live a few times and this weekend was her best show yet. Elohim’s set list was a solid blend of fan-favorites and new material. The visuals she had on the screen blended perfectly with her energetic performance. Elohim held the audience captive and they sang alone with her.

TOKiMONSTA was up next on the HARD Stage. She was all smiles as she took the stage and launched into a powerhouse of a set that demonstrated her sonic mastery.

While Elohim and TOKiMONSTA were tearing it up on the HARD Stage, Melé and Justin Martin were delivering killer sets over on the Duro Stage. By this time in the evening the crowd had split into the deep house heads and the poppier electronic fans. Both stages kept their costumed fans dancing into the balmy fall night.

ZHU was up next on the HARD Stage. He definitely stole the show with his signature Blacklizt event. Before taking the stage, one of his team members came into the pit and handed out ZHU bandanas to all the dedicated fans that had waited on the barrier for hours. When they killed the lights and ZHU stepped out on stage, everyone went wild. It was nonstop pulsing bass and housier interpretations of ZHU’s music catalog.

If you are a fan on ZHU’s albums you absolutely must experience the Blacklizt. I recommend his 3 hr Blacklizt from the Joshua Tree event I attended last year. Listen here. As his hour was wrapping up, ZHU played his newest single “Came For The Low.” This was the highlight of the set and punctuated by rad flame throwers and loud cheers.

Dog Blood, a side project of Skrillex & Boys Noize closed down the HARD Stage. The set was one monster party as they opened with “Turn off the Lights.” They flooded the stage with fog and dialed the volume to 11. Together the two legends worked their decks and gave the intoxicated masses what they had come for. Cool lazers fanned the crowd as the music flowed.

Over on the Duro Stage, Damian Lazarus was playing a killer set of contemporary house and techno. He handed the decks over to the Martinez Brothers who were all smiles as they closed out the stage with sonic dexterity.

HARD Day of the Dead was a wonderful time full of good music and happy people. At no point did it feel too crowded, and all the facilities were well-maintained throughout the event. My hat goes off to the Insomniac team for putting together such a killer line up and keeping the event running smooth throughout. Looking forward to next year! 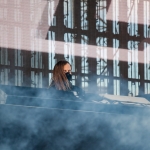 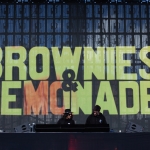 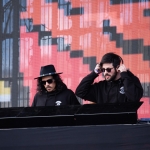 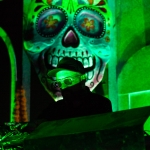 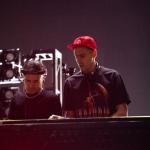 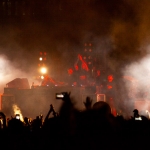 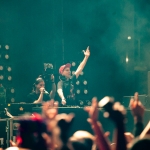 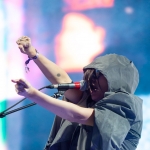 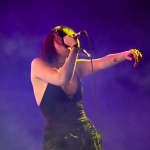 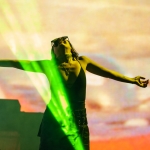 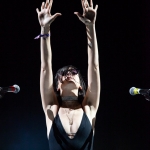 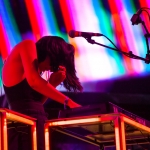 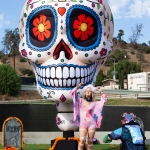 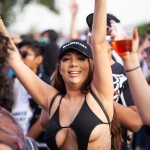 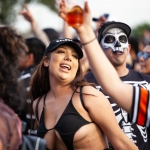 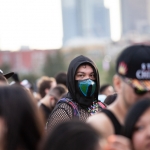 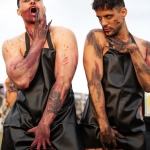 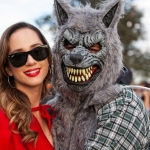 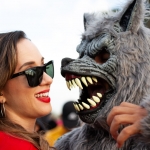 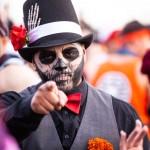