It seems as though each tour where artists perform a classic record of theirs in its entirety keeps getting better and better!

Thursday night was one to write home about. English indie icons, Bloc Party sold out the Hollywood Palladium for two nights to play none other than their 2005 breakout record Silent Alarm. It was quite nostalgic to see these indie icons at the Palladium again. The last time Grimy Goods covered Bloc Party at the Hollywood Palladium was in 7 years ago (2012)! It goes without saying that the excitement was widely spread amongst the attendees.

Warming the stage up was Lizzy Plapinger, known by her stage name, LPX. Vocalist of the former pop duo, MS MR, Plapinger gave quite the set! She had enough energy to entertain an arena sized crowd! With a smile that didn’t let up, she expressed her gratitude for being a part of this tour. She even said she bought a ticket for the show before she knew she was performing!

Once it was time, members of Bloc Party took the dimly lit stage to give us what we came for! While celebratory album shows usually start from the beginning of the album to the end, BP thought they’d switch things up on us. They began with the final track off the album – “Compliments”! The buildup was crazy as fans exclaimed the lyrics back at frontman, Kele Okereke while he stared directly into each of their eyes.

Stoked to sell out another night in L.A., Okereke welcomed everyone to the last night of their small tour. As if it wasn’t already crazy, the happiness and dancing truly ensued. Each upcoming song would begin and the crowd would roar in silly excitement. It came time for which I believe was the most anticipated song, “This Modern Love”. It’s truly the heart of the album and puts such a stamp of admiration on the band from their fans.

Okereke held a wide grin as he sang the lyrics along with the sold out room. Halfway through the song confetti blew from the edges of the stage and rained down on us as we welcomed the weekend in the best way ever! It was a wild ride and we were so thankful to be along for it. Maybe this magical show can inspire the band to make more music? We can only hope. 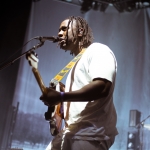 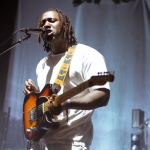 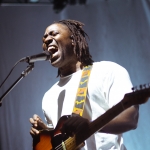 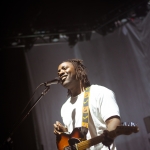 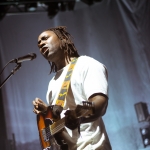 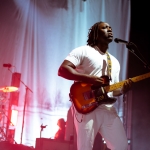 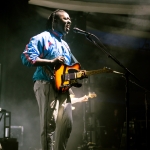 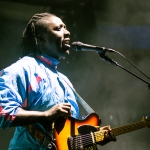 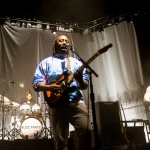 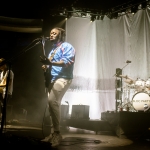 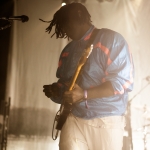 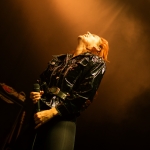 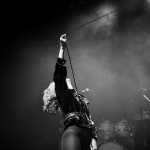 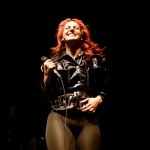