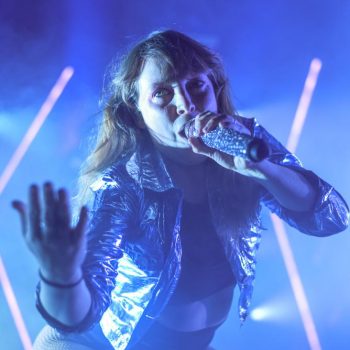 Sylvan Esso outshine the stars above at Greek Theater LA

Despite a mid-afternoon brush fire near Griffith Park, the Greek Theatre kept its gates open and Tuesday night’s show prevailed! Starting the night off was the very talented Amber Coffman. The former guitarist/vocalist of indie rock band, Dirty Projectors went solo in 2017 after leaving the band. Her act is nothing short of dreamy. You can check out her debut record […]