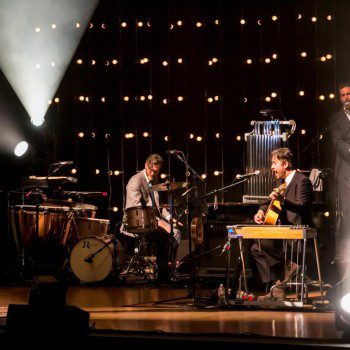 Eels and Chelsea Wolfe light up the Orpheum with stellar performances

Considering Downtown L.A.’s historic Orpheum Theatre is already quite the majestic work of art, the venue becomes an stunning beauty when you add the enchanting music of two great musicians. Last night, two of L.A.’s finest put on a spectacular performance at the Orpheum. Headlining the evening was Los Feliz native, Eels (aka Mark Oliver Everett). Fashioned in a dapper […] 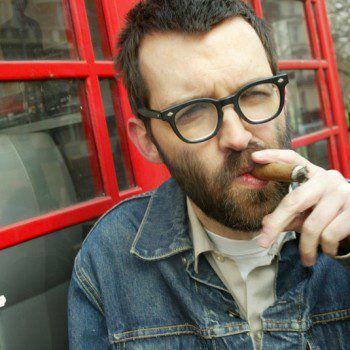 Win Tickets to Eels at the Orpheum Theatre

Los Feliz native, Eels (aka Mark Oliver Everett) have a headlining show at the Orpheum Theatre this Wednesday, June 11th! Since 1995, original member Mark Everett and the exchange of band members over the years, have released 11 albums with their latest work titled, The Cautionary Tales of Mark Oliver Everett. The album features songs such […] 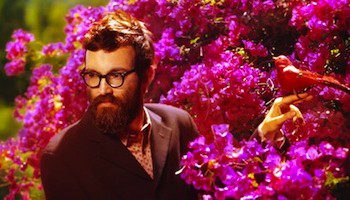 The EELS, notorious for their ever-changing members are set to perform the Fonda Theatre on February 15. Everett, A.K.A “E” is the permanent member and brings in different collaborators for his musical projects. Each album is a slice of E’s life narrating the emotions and events that occurred, giving his lyrics a touch of sadness with […]

EELS headlined the El Rey Theatre this past Thursday and Elvis showed up (Elvis aka James Kruk)! No joke. Check out the photos below  if you don’t believe us! Also opening up for EELS were the Submarines! Were you there? Let us know what you thought of the performances in a comment below. P.S. Mark […] 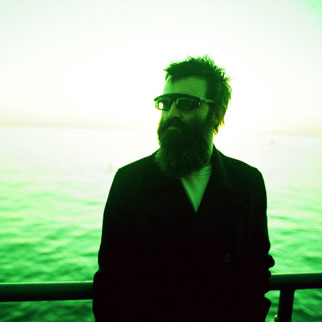 If you’ve never listened to EELS or seen them live, you should really take this opportunity to get introduced to this very awesome band. The group plays some soulful blues rock and front-man, Mark Oliver Everett has a serious gangsta howl! EELS is headlining the El Rey Theatre this Friday, Aug. 12 with support by […]

What a fuckin year! 2009 was candy to our ears! It’s always tough picking a certain amount of albums to represent the year’s best, because there’s always so many damn good ones and everyone has their own opinion. This year Grimy Goods features four debut albums on their Top 20 Albums of 2009 list, in […]

Everyone of our Grimy Goods contributors is a definite music connoisseur (I wouldn’t have it any other way). Whether it’s folk, punk, industrial or indie, they all have different tastes, but the same love for music. Check out below Grimy Goods’s Staff Picks for the Top 10 Albums of 2009! Craig Parker (Photographer): Band of […]

More
Sandra B. Olinger |
GrimyGoods’ Top 10 Albums for the First Half of 2009

Damn! Only half-way through the year and so many great musicians have put out some killer albums! It was far too hard just to keep it at five albums, so I had to bump it to 10 and even that was tough. I can’t wait to see what the latter half of 2009 has in […]

‘Hombre Lobo” by Eels – Howling like a werewolf with a broken heart, front-man Mark Oliver Everett (aka “E”) and his band put out a stellar seventh album.  Eels’ “Hombre Lobo” is most definitely “12 songs of desire.” I couldn’t help but notice how almost every song is about a woman. I guess us ladies […]