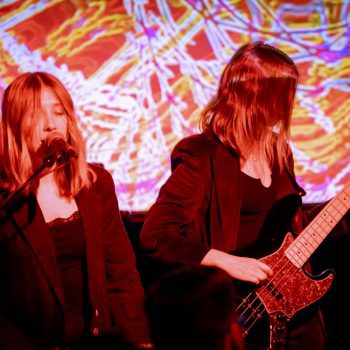 The Australian sisters Findlay, of Stonefield, are back in the states touring their way to Europe. It was only a year ago when we interviewed them while they played their residency at the Bootleg and hoped for this kind of tour. They have grown quite a loyal following of fans with their heavy Sabbath-psych rock. […]

GØGGS are back with a headlining Los Angeles date at The Echo slated for Friday, March 17! The latest Ty Segall incarnation came about last May when GØGGS announced their debut album. The band featuring Ty Segall, Ex-Cult’s Chris Shaw and Charles Moothart of Fuzz, released their self-titled full length debut last June off In […]

In The Red Records is celebrating their 25th Anniversary with a raging 3-day music festival at The Echo on Thursday, July 14th through Saturday, July 16th and Grimy Goods is hooking you up with tickets to the July 16th show date! The label has always repped badass garage, psych, and rock n’ roll artists and […]

Ty Segall is in ANOTHER new band called GØGGS, stream their new single “Needle Trade Off”

Ty Segall is in a new band called GØGGS. Can you believe it?! We think this is his 100th new band… GØGGS featuring the unstoppable Ty Segall, Ex-Cult’s Chris Shaw and Charles Moothart of Fuzz, have shared a new single titled “Needle Trade Off.” The fuzzed out song is part of GØGGS’ self-titled debut out […]