Dan is on my Mind!

The Black Keys @ Glass House 3/30/08 – Woops! Looks like we spent just a tad bit too much time sipping on some vino at a lil hipster wine/beer bar in the art district of Pomona  or what many local IE’ers like to call “Pomo.” Shit, I remember back in the day, now part of Upland High School alumni, I used to get my shwag weed at some busted ass house where they probably pissed on it before hand. Hell, it was smokeable and gave us a decent high. Yeah, we called it “Pomo” weed. But back to this hot lil bar with an aesthetically pleasing décor. It was kind of like an art gallery too. Anyhow, I forgot the name of it! So my girl and me down our last bit of overpriced, but oh so yummy, wine and book it through the alley to the Glass House to catch The fuckin Black Keys! Love em!

Checked in, grabbed our comps and into the hot steamy room with none other than sexy, crooning Dan Auerbach singing his heart out and playing some deep guitar rifts on the stage before us. Damn that man makes me melt! Long hair, beard, starry blue eyes, amazing skills on the guitar, and a voice that will drive any girl (and some men) wild. And we mustn’t forget the Patrick Carney. Man, he is so bad ass on the drums. I swear you can see the energy radiating around him. Not too mention my friend that came with me has a quirky lil crush on him! The crowd was in complete awe! From their old songs to their new ones, there was no question that they rocked! When they played “You’re the one”off Magic Potion, I think I along with all the other females in the room fell in love. And when “Your Touch” came on, well the images going through my head could’ve directed a sexy flick! Now off their new album Attack and Release, the song “Strange Times” is totally different from their song history but I fuckin love it. It’s a lot faster and I constantly find myself bobbing my head to Carney’s pounding on the drums and cymbal banging. It just fills you with a good feeling and makes you wanna move. I even saw this one lil kid about 13 years-old, who must’ve thought he was at a Metal show throwing out the sign of the horns. It cracked me up! But yeah, “Strange Times” is unreal and I’ve probably already played it about 100 times this past week. The show was epic! Except for the smelly dude standing next to me. He had such a weird stench, I was worried it was going to seep into my Marc Jacobs perfumed essence. So I kept inching over until I was practically straddling my girl. Hmm, that would’ve been pretty hot. As for the rest of their new album I have it under heavy rotation, and although I do like it lots, I still favor their predecessors. But hey, I’m always the type to enjoy old albums over new. It brings in some new sounds which shows that they’re not afraid to experiment outside of their “token” blues rock genre. I can definitely see some DJ making some sort of an electro rock dance mix to “Strange Times.” Oh and the intro of “Things Ain’t Like They used to Be,” kinda reminds me of The Beatles’ “Don’t let me Down.” What do you think? And for all you whiney bitches that want them to stay purely slow and rhythmic, “Remember When (Side A)” is soothing and almost like a lullaby. But if you ever want to expand your musical tastes, “Remember When (Side B)” provides the same beautiful lyrics but goes full throttle in an edgy rock n roll steez. Both candy to our ears. Purchase The Black Keys here 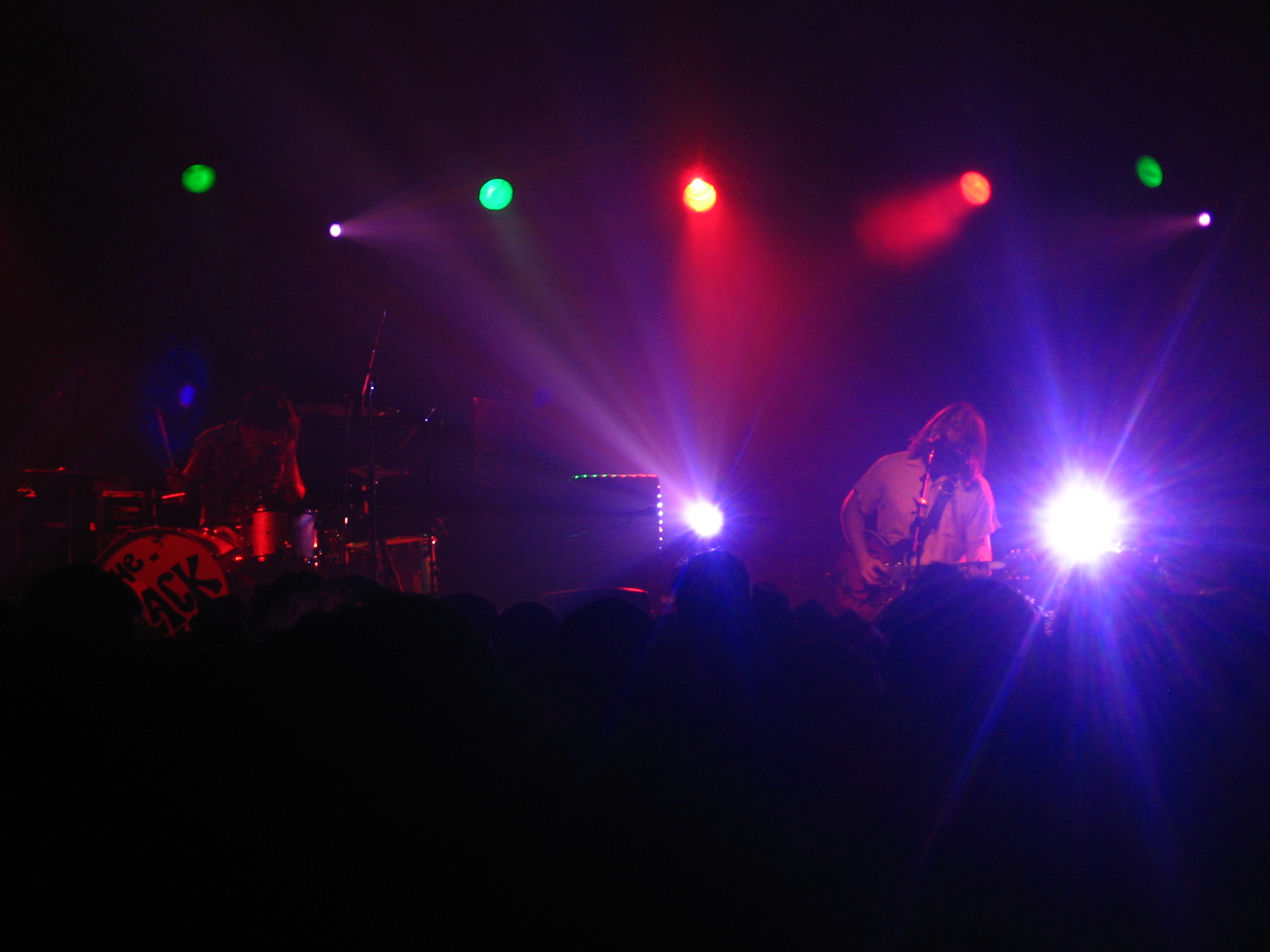 2 thoughts on “The Black Keys”