Are you kidding me? Myspace now has a freaking magazine. What lamos will be writing for that ish? Maybe a bunch of white belt wearing, pomade headed pretty boys and some platinum female tools. I like it as a social network, to stay in touch with my friends, and network for journalistic purposes, but I think its whole enterprise is kinda lame. But whatevs, News Corp and the Myspace brand are making a shit load of cash off a bunch of teenage pop-obsessed kids and some adult lamos. But one thing for sure, you will never see me reading Myspace magazine, unless my lover’s in it. 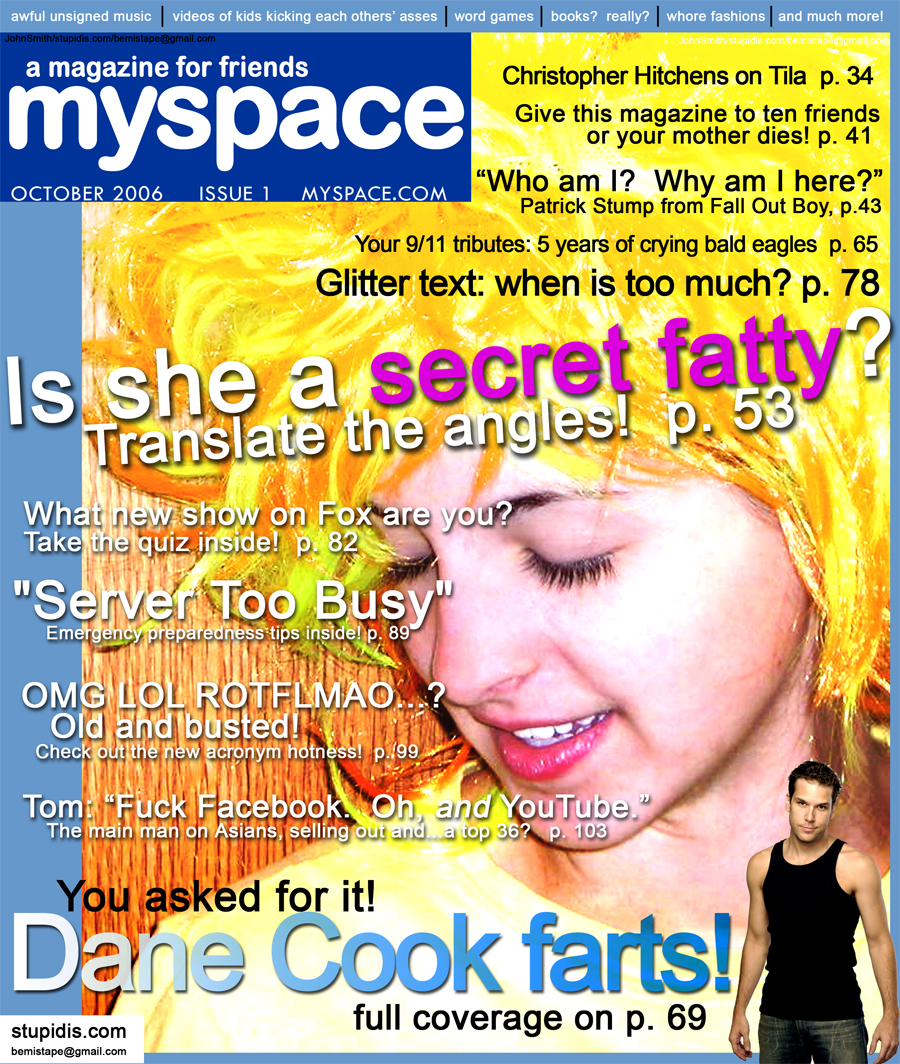 The image above isn’t real. It’s just a spoof of what this really “cool” magazine might look like.

So I heard rumors about this “joke” a while back. But thought the hype was dead since I didn’t hear anything of it until recently. I graze through my myspace bulletins from time to time, more so to get ridiculous information such as this. I politely sent the dude a press release inquiry but he didn’t respond. And to think I knew this kid before he became a spiky headed, club cliché. Anyhow, maybe this lameness is happening. Check my screen shot below (at least I was nice enough to cut his avatar out of the image). 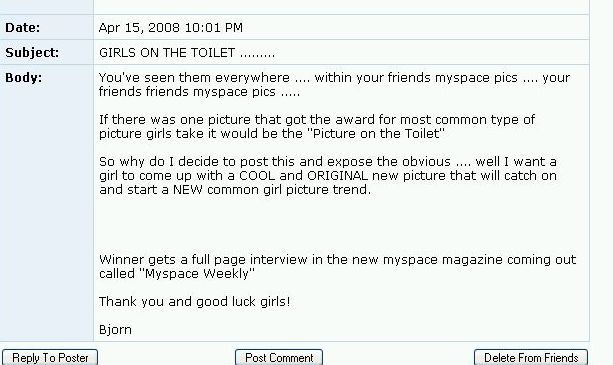