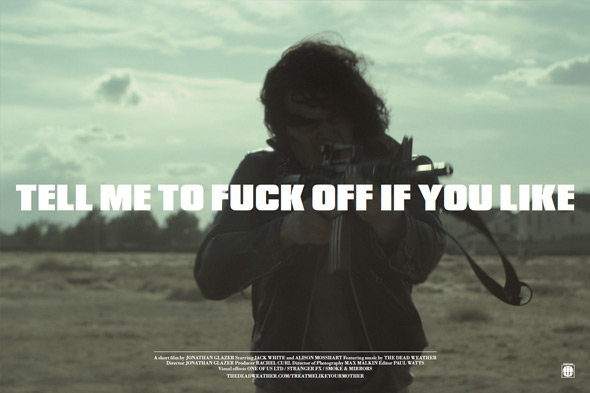 On the verge of the July 13th (UK/Europe)/July 14th (North America) release of their debut album “Horehound,” The Dead Weather announce the uncensored Cinemax debut of the short “Treat Me Like Your Mother.” The groundbreaking film was directed by Jonathan Glazer, whose credits range from such highly-acclaimed feature films as Sexy Beast and Birth to award-winning music videos for Radiohead. In a rare event, the film will premiere in full in the US on Cinemax on July 11th at 9:55 pm and continue to air on all of the Cinemax multiplex channels for the following five weeks. The short will premiere in the UK on Channel 4 on July 13th at 00:10.

Can’t wait to see it? Go to TheDeadWeather.com to view the trailer!