2009 has brought out some pretty killer new bands! Amongst the hottest of these crowd pleasers, are London’s, The Big Pink. With the recent release of their debut album, “A Brief History of Love.” there is no question about the band’s engaging talent and ultra rockstar stage presence.

Sparking up their inaugural North American tour, The Big Pink rocked the El Rey Theatre last night, Wednesday, Nov. 18. Although coined as a duo, they are joined by a band of a few more peeps when taking the stage live. Clad in all things dark and black, tight jeans and mid-high boots with the laces and buckls set loose—The Big Pink’s edgy attire added all the more radness to their enticing stage presence. 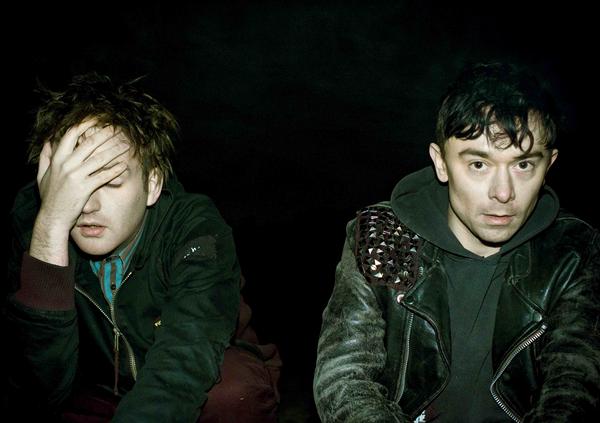 With strobe lights trippin’ us out and fog machines rollin’ deep, the whole ambiance of the show was truly dark and eerie. I even think they had the El Rey Theatre crank up the AC on purpose to give off an even creepier effect. For a packed, sweaty house, I was freezin! On the opposite, font-man Robbie Furze was working the crowd so hard, the glistening sweat droplets running off his long bangs looked pretty sweet through the strobes.

Between epic guitar sword fights and spastic breaks of ambient sounds, coming from Milo Cordell’s wild programming and synths, songs like “Velvet” and “Too Young to Love” were exploding with captivating energy last night. Yet once, Furze sang the sweetest ballad ever, a cover of Otis Redding’s “These Arms of Mine,” the room was silent as we all watched him croon in awe. I think at this moment every girl in the room melted. I know I did. *sigh

Closing up with a very cool “Dominos” performance, The Big Pink went out with a bang. Sexy Japanese doll, Akiko Matsuura, pushed her drum set off the lil stage rise she was perched on. As the drums crashed to the stage floor, the guitars went to the amps while the crowd was left in a manic world of psychedelic sound.

The Big Pink has a full list of tour dates ready to roll! Be sure to add them to your show list, you won’t be disappointed. For those in LA, The Big Pink will play a special DJ set tonight at Origami Vinyl in Hollywood at 8pm!

5 thoughts on “The Big Pink at the El Rey Theatre: Video and Review”