If you’re familiar with the Brooklyn based indie band, The Antlers, you’re already aware of how beautiful and emotive they’re music is. Last Friday, Feb. 12, 2010, The Antlers played a spectacular set at the Wiltern opening up for the Editors. The story behind The Antlers and front-man Peter Silberman is one that is most touching, interesting and sad. In the same turn, their live performance at the Wiltern evoked all this and much more. 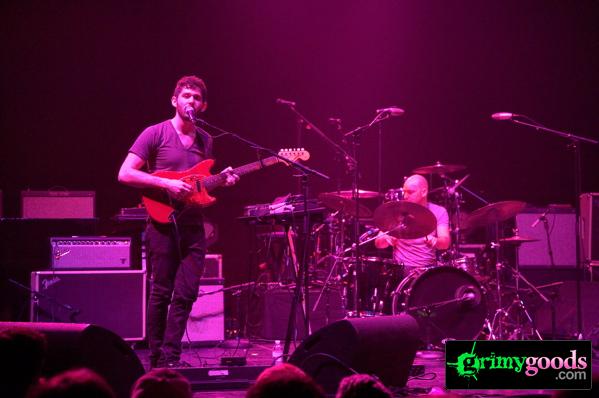 The Antlers put on a mesmerizing set full of explosive sound that could drop down in seconds to the most delicate key accented by Silberman’s angelic vocals. Their most popular single “Two” off their critically acclaimed, self-released album “Hospice” (now on Frenchkiss Records) was an astounding, heartfelt performance. If this song didn’t evoke some sort of emotion through out your blood, where the fuck is your soul? “Sylvia” was another powerful performance filled with beautiful ethereal orchestrations that at times grew very loud boasting some ambient distortion.

Although the Wiltern was quite militant with their set times, The Antlers made the most of their 30-minute set and captivated us with their story-like lyrics and extraordinary sound. Next time, I would like to see these guys for at least an hour where being candid in between songs isn’t a detriment to the Wiltern time-clock. Pffft!