Although many fans I had talked to at the Editors show at the Wiltern this past Friday, Feb. 12, 2010, weren’t too keen on their new album “In This Light And On This Evening,” they most definitely were awe-struck by their live performance. Playing a variety of songs from previous albums, as well as their new release, “In This Light And On This Evening,” the Editors put on a captivating show. 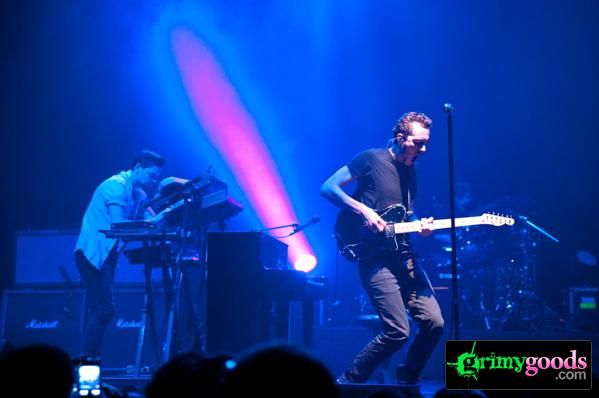 With their sound exuding all things post punk, in the likes of Joy Division, Echo & the Bunnymen, The Church, and many others, I felt I was at that kick-ass 80’s concert I had dreamt about, but was always far too young to attend. The music was explosive and full of emotional instrumentation and movement. Front-man Tom Smith sang with the most charming cantor, a voice so enticing he just about puts you in a lovely trance. At times I though I was at a Morrissey concert. His voice is undeniably similar to the great Moz. But Smith doesn’t just attract you with his beautiful vocals, he has such an appealing stage presence boasting so much energy, movement, facial expressions and all things that will make you say “holy fuck!” Smith knows how to work the stage for sure!

The Editors as a whole put on an astounding show and one that will surely grace our Top Shows of 2010 list. The vibe through out the whole Wiltern was intense and you could see the crowd was more than satisfied. I don’t think I’ve ever seen so many dudes get into the music. It’s usually us chicks moving about and participating in the show. But in this case, the Editors had the entire audience by the palm of their hands and we fuckin’ loved it. 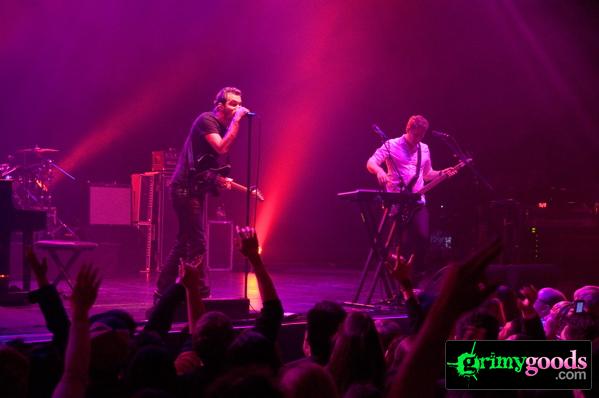 One thought on “Editors at The Wiltern – Show Review and Photos”