So, I had this friend … One of his favorite and most commonly used tactics for picking up ladies at various taverns was to tell them that he was the drummer of some semi-popular/obscure band. The examples that come to mind are Blues Traveler and G. Love and the Special Sauce. Did it work? Sure nuff. Whether it was because ultimately he was a talented charmer or these ladies had a few too many cosmos, this story proves one point: Unless were talking Dave Grohl or the hot chicks mentioned in Grimy Goods’ top 10 list, no one really remembers what the drummer looks like, much less their name.

And thus seems to be the case for Fleet Foxes’ man on the sticks, Josh Tillman. Taking only the “J” for his solo career, Tillman flies well under the radar of his full band set-up. Yet, that is definitely not for a lack of talent. Released on Austin indie label, Western Vinyl, “Singing Ax” has power in its minimalism. The album harkens similarities to early Iron and Wine, Ray LaMontagne and Bon Iver with its track list composed of one man, one-guitar songs.

The opening track, “Three Sisters” showcases Tillman’s lush and haunting voice, and sets the tone for his lyrically poetic style. Even clocking in at a whopping nearly seven minutes and paced nearly-painfully slowly, the track has a compelling, pure quality that is enchanting. He continues this spell throughout the tracks, never ramping up speed or changing too much, but still maintaining a certain ears-morzing sound.

The highlight comes mid-album with “Mere Ornaments.” The delicately plucked strings accompany the sensitive quiver of Tillman’s voice as he sings about mystifying set of gates. The album on the whole speaks on topics of religion and other things of the mystical sort.

Sure, if you are not a fan of the singer/songwriter acoustic-type genre, this album is not gonna be your bag. But Tillman takes what could be too simple, too uncomplicated to be interesting, and makes it simmer with intensity and churns a tale you want to hear. This is an album you pop on while sipping some (adult) cider by the fireplace, or cuddling with your lover under the stars. It makes you think, and makes you feel. Not perfect, but lovely in its imperfections.

So ladies, if you run into a gent in a bar that claims he’s a drummer for some band, maybe don’t brush him off quickly. Well, unless he claims that band is Blues Traveler. 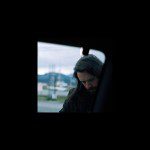