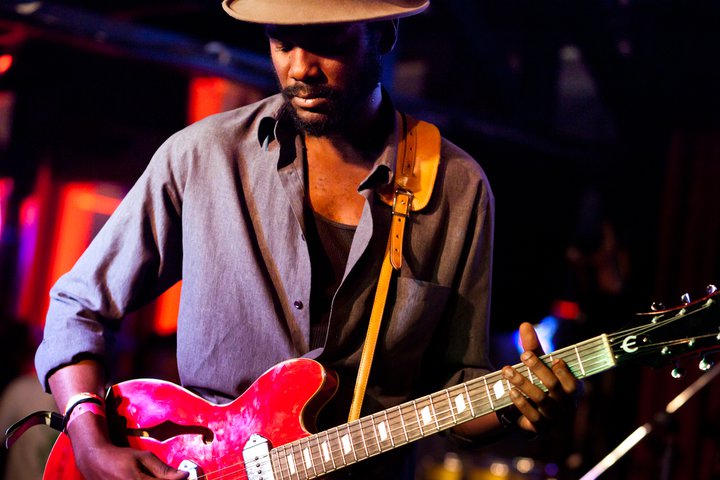 A couple moths ago while surfing the Internets I came across a real gem: Gary Clark Jr. Native to Austin, he sounds a whole lot like the almighty Dan Auerbach, but with a lil more soul and flair. For fans of the early Black Keys, Clark exudes all that raw, foot-stompin’ rock and blues that the Keys once started out with. His music has an undeniably authentic sound heavy in the blues from Delta to Chicago and then some. With some songs a lil more twang, others a bit more soul and some just straight up dirty guitar lines, Gary Clark Jr. cooks up some juicy tunes and serves it up on a nice greasy platter that you just want to shimmy your face across. He has a smooth authentic voice and a guitar style that has been compared to both Hendrix and Stevie Ray Vaughan.

After checking him out at the Hotel Cafe on December 20 (which was also listed as our “best show of the night,” I was more than happy when I received the recent news that Gary Clark Jr. was performing at It’s A School Night at Bardot on January 24! If you guys wanna check out some real good shit, be sure to RSVP for It’s A School Night this Monday. The show is free and trust me, this guy is going to make some waves in 2011.

RSVP for Gary Clark Jr’s show at Bardot here! The Vaccines will be DJing and the Royal Bangs will also be performing.