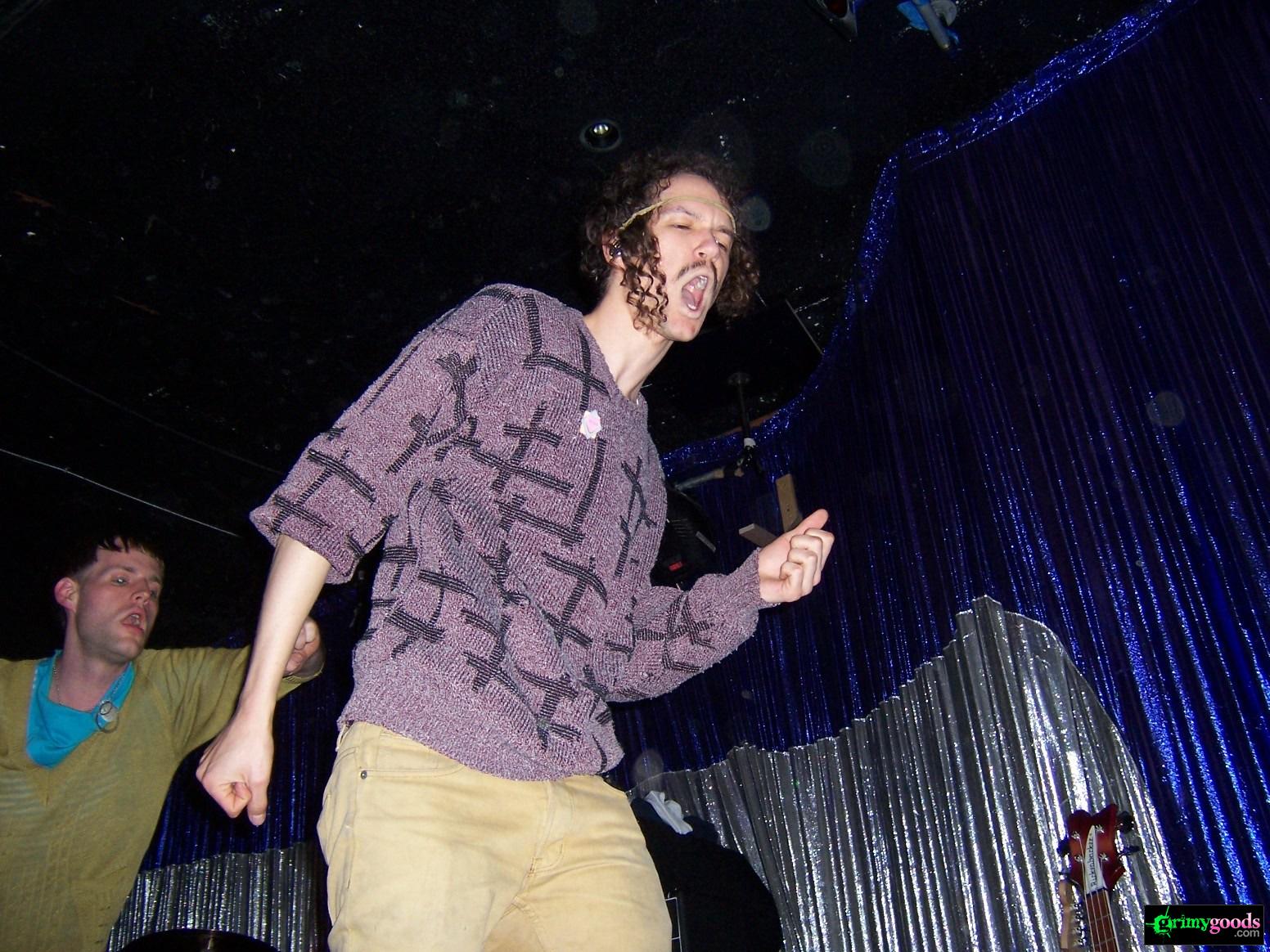 How do you flirt with 200 people?  Darwin Deez (Darwin Smith) makes it look easy. With an extremely charming smile and lots of stage-to-audience eye contact he captures everyone’s attention. This was the scene on Saturday at Spaceland … um I mean The Satellite on January 29, 2011.  This NYC band, who have garnered lots of U.K. attention put on a show that I could only describe as an entertaining variety act. Mixed into their performance of indie pop fun songs, there were choreographed dances and a small rap show (Darwin Deez just released his Wonky Beats mixtape). While performing songs that he wrote, produced, and recorded on his four-string guitar such as, “The City,” Darwin converted me to an instant fan.

Now, how about those fancy choreographed dances! It’s as if the band needs a minute to shake it out between song performances. The dances are simple and cute, and for some reason remind me of the Napoleon Dynamite dance. As well as makes me think these guys must have watched the movie Breakin’ over-and-over as I did as a child. Check out their sweet dances here. As far as the music goes, it kind of sounded a bit like The Strokes such as the song, “Radar Detector” (cool video), but with added electronic noises of various kinds. There’s a lot of creativity going on in the music, and a lot of happiness on stage.  I like the catchy songs, really enjoyed the show, and I can’t stop watching the damn dances on Youtube. In no time this act will catch on the way it has over seas, and Darwin will be the next thrift store dressed hipster prince. Check it out now so you can feel cool when your friends finally catch on and you can say, “yeah I’ve been listening to them for a long time.” 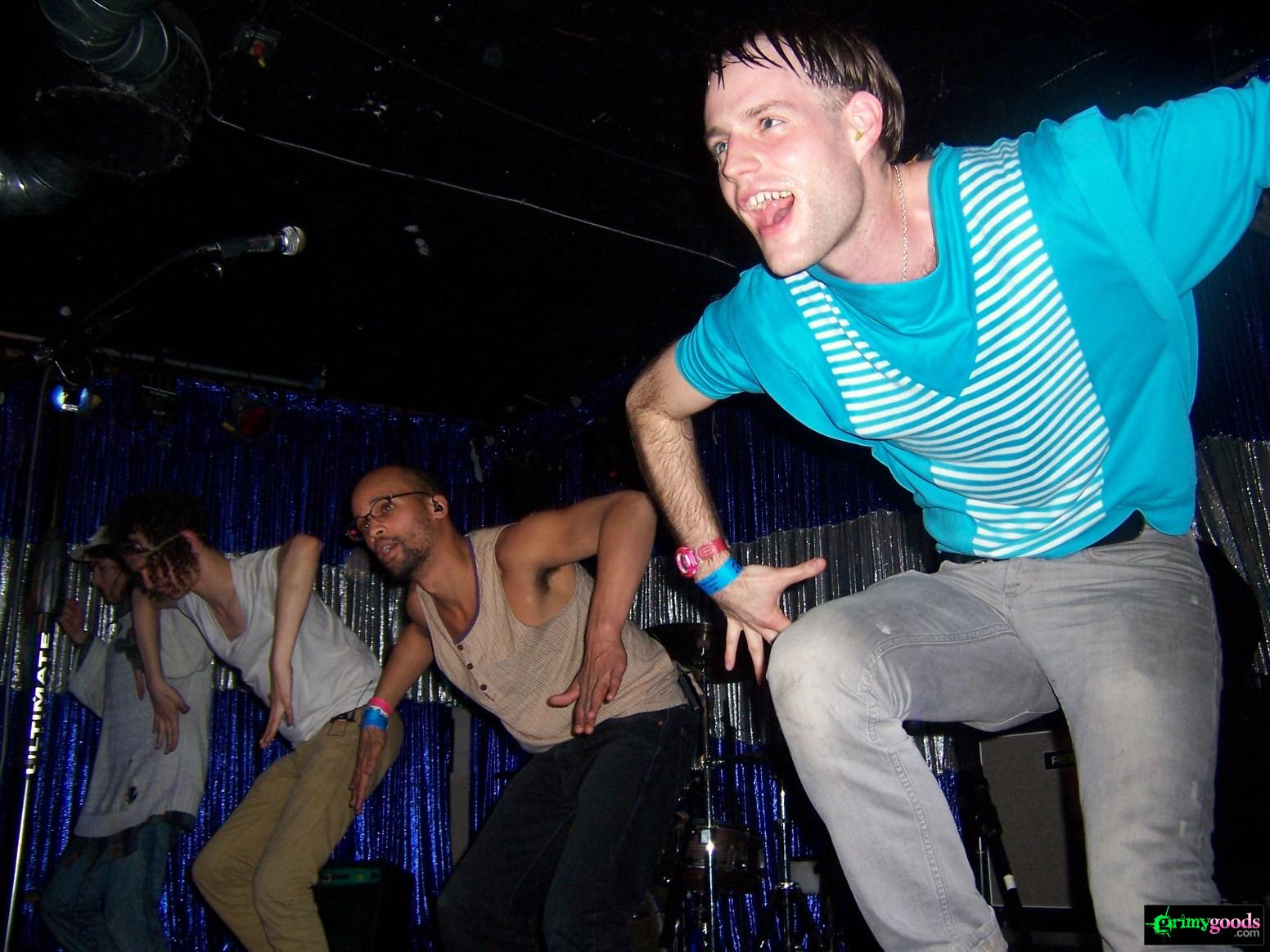 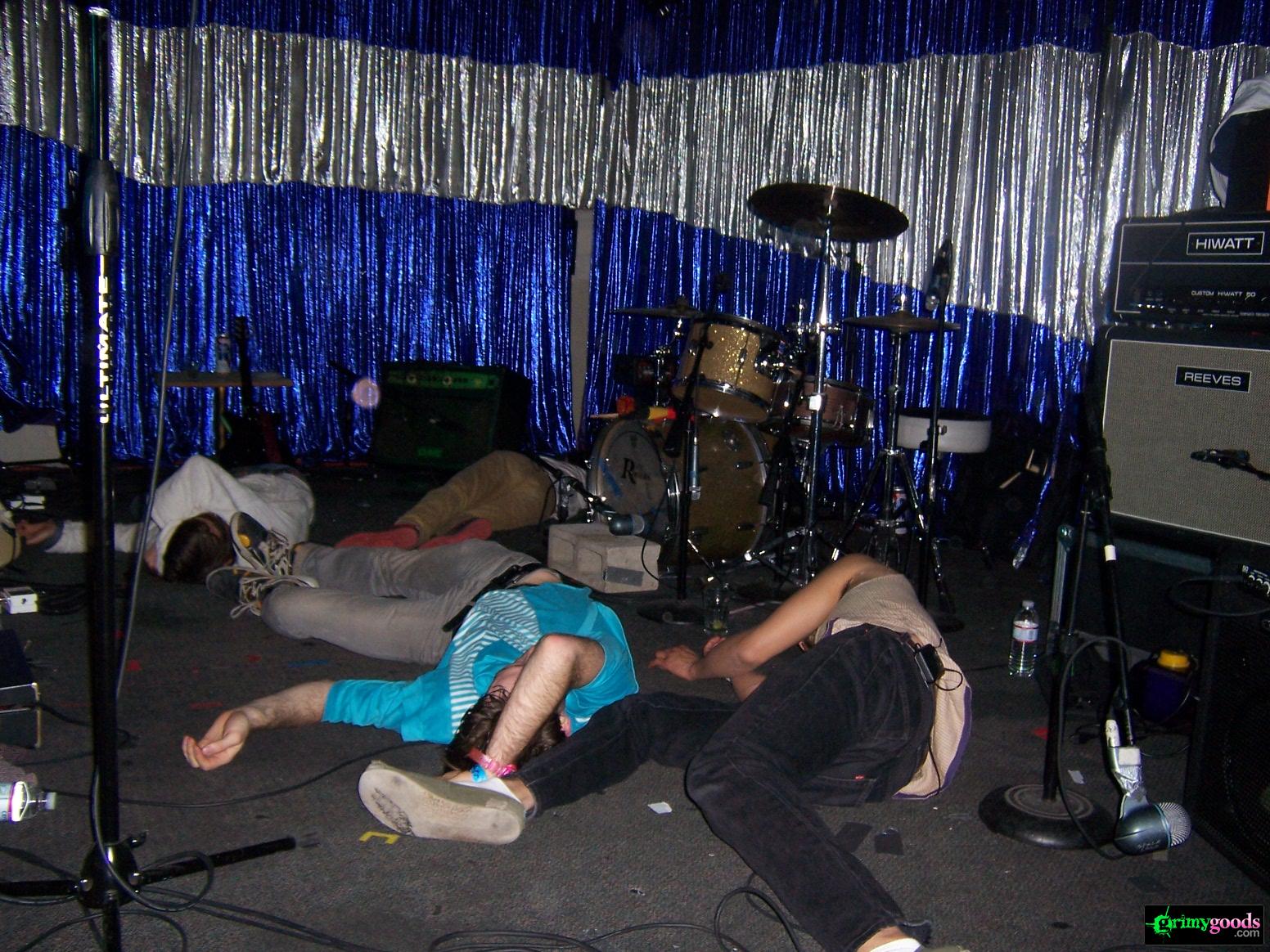 One thought on “Hot Band Alert: Darwin Deez at The Satellite – Photos and Show Review”