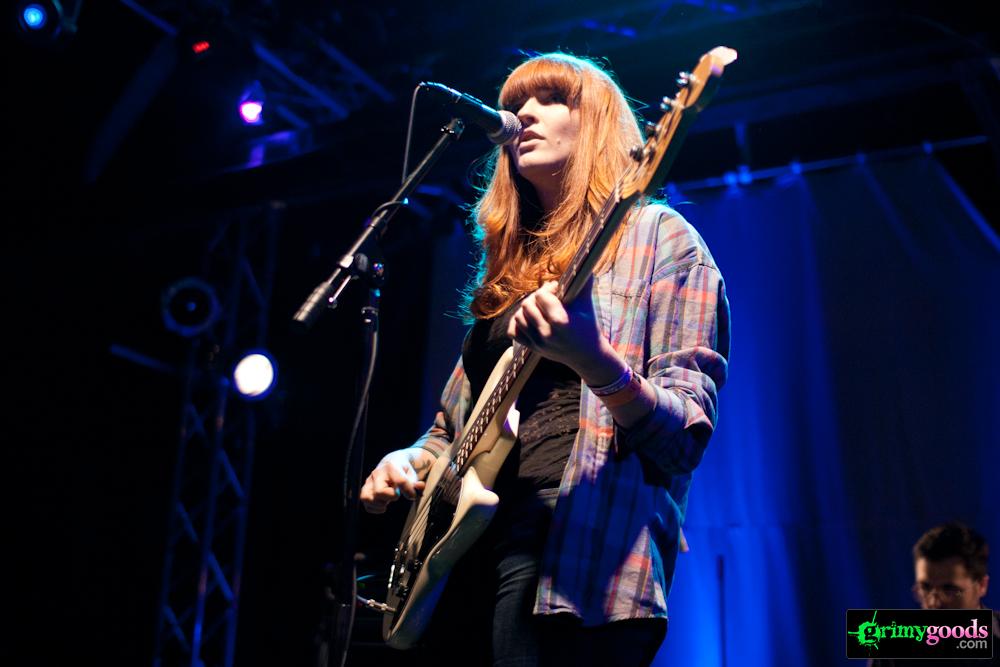 Out with the old, in with the new. Vivian Girls’, Katy Goodman, has been out-and-about touring indie venues in celebration of her La Sera self-titled debut. Even with all the indie blog love they’ve received that past few months, the 12-track album made some sparks but not enough to light a grand finale.

Kicking of with a sweet 6os girl band, surf rock ditty, La Sera’s “Lift Off” sets the tone for a fun record full of adorable charm and angel-like vocals (or at least we thought). Although I totally dig Goodman’s delicate, choirgirl-like voice, the album really didn’t show much range. Singing like a sweet 70s love-child, Goodman’s vocals are soft and serene and can probably put a baby to sleep. In fact, Goodman should come out with an album of lullabies and I don’t mean that in a condescending way. Her voice is absolutely angelic and soothing and can create a more than comfortable ambiance. However, with Goodman’s La Sera debut, each song closely blended in with the next creating a blob effect. With similar sound structures and tone, if it weren’t for the track numbers and song titles, I would have had a difficult time differentiating one song from the next. Thankfully, a sprinkling of guitar solos added some much needed definition to the tracks. Songs like “Under the Trees” and “Hold” show some guitar love while the drone-like vocals of “I Promise You” were given some extra flavor with the subtle strings that crept in about 40 seconds through the start. The solo along with the lovely outro saved this track from being a repetitive bore in both tone and melody.

My favorite song on the album however, is “Beating Heart.” Although the song is very Warpaintesque, it’s truly lovely and ethereal. Goodman comes off somber and detached unlike the falsetto cheerful musings that dominate the majority of the album. “Beating Heart” sets itself apart from the rest.

La Sera is off to a good start with hypnotizing melodies and lulling vocals on their debut album. With a little more experimentation and fine tuning, hopefully they can add some variety into their music in the near future so it doesn’t all sound monotonous.