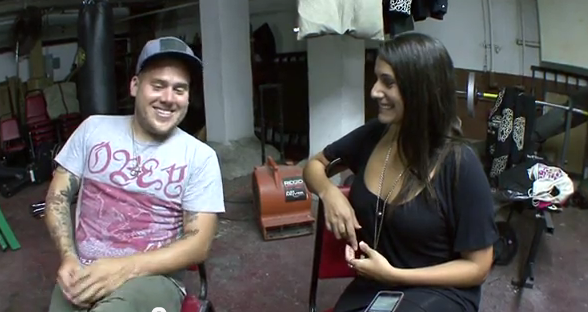 A few weeks ago we attended Mariachi El Bronx’s record release party for their sophomore album, Mariachi El Bronx (II). It was a hell of a fiesta and MEB played their entire new album, as well as some old numbers. You can check out all the action from the event here. Before the show (and few margaritas in) our editor, Sandra Burciaga, sat down with MEB front man, Matt Caughthran to talk about their new album, their upcoming tour and few other things that you probably never knew about. The video interview is pretty funny! Matt’s a very cool guy and even shares with us: what’s his spirit animal, trips to Revolution Blvd. in Tijuana, growing up in Pico Rivera and a few other interesting tidbits.

Peep the video below and let us know what you think!