In celebration of their sophomore album Mariachi El Bronx (II), Los Angeles ensemble, Mariachi El Bronx played two record release shows at La Cita this past week. Excited for this very special show, we attended day one of their record release extravaganza on Tuesday, Aug. 2,  2011. MEB were all smiles this evening which may have also been in part to a few celebratory shots of Patron and Cazadores (their favorites). Coming out in primo charro attire, MEB took the small La Cita stage over with their percussion, trumpets, guitarron, accordion and other authentic Mariachi instruments. Greeted by a sold-out crowd of friends, family and fans, MEB kicked off their hour-and-half set with their hit track opener “48 Roses.” Immediately, the crowd, along with myself began to hoot and howl in favor of the love addicted ballad. A few traditional mariachi calls were echoed through out the crowd as front-man Matt Caughthran serenaded us with his enticing voice. It’s really quite wild that the lead singer of a hardcore punk band (The Bronx) can transition from rough yells and screams to sugar coated tender vocals that make the ladies swoon. Actually, it’s just nuts that the entire band have learned to play traditional mariachi music so very well, yet still bang out the punk riffs with ease.

With the band boasting eight members as a live act (sometimes more), the tiny La Cita stage could not contain the entire band. Caughthran along with violinist, Ray Suen and a third spot of rotating members, performed on the floor nearly six inches from our faces. As girls danced before them, I’m surprised neither of them received a cumbia hand to the groin. Talk about really playing for your fans — it doesn’t get any closer than that.

Although the venue was steaming hot and everyone in the house (including MEB) were dripping sweat, it didn’t stop the men from putting on a high energy, fun-filled show where they played for the first time ever, their entire new album from opener “48 Roses” to closer “Spread Thin.” MEB also performed songs from their self-titled debut: “Cell Mates,” “Slave Labor,” Silver or Lead,” “Litigation” and “Clown Powder.” The heat definitely couldn’t hold these boys down. They happily trucked through 17 songs and still made time to interact with their fans through candid stage banter and taking shots of tequila as they performed a very blissful set. As they closed up their performance at nearly 1 a.m., MEB announced their network television debut on Jay Leno. Hung over and all, the boys were set for a live taping the following morning (you can check it out here).

Mariachi El Bronx are headed out on an extensive tour taking them through the end of October. The guys will be touring with the Foo Fighters! They return to Los Angeles with two show dates at the Forum on Oct. 13 and 14. You can check out their tour dates here.

Stay tuned for our video interview with Mariachi El Bronx! We’ll be posting it later this week.

Click through the photo gallery below for more Mariachi El Bronx at La Cita photos! 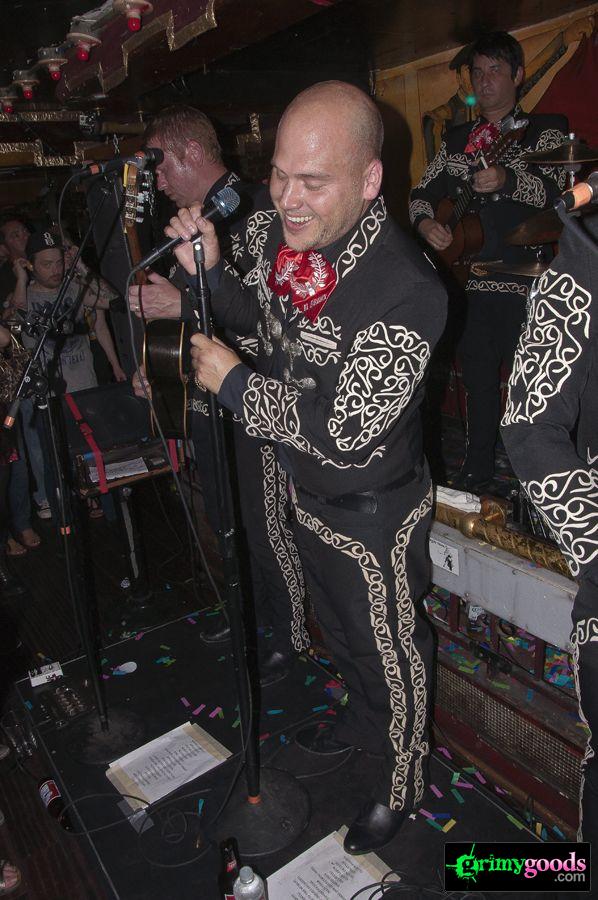