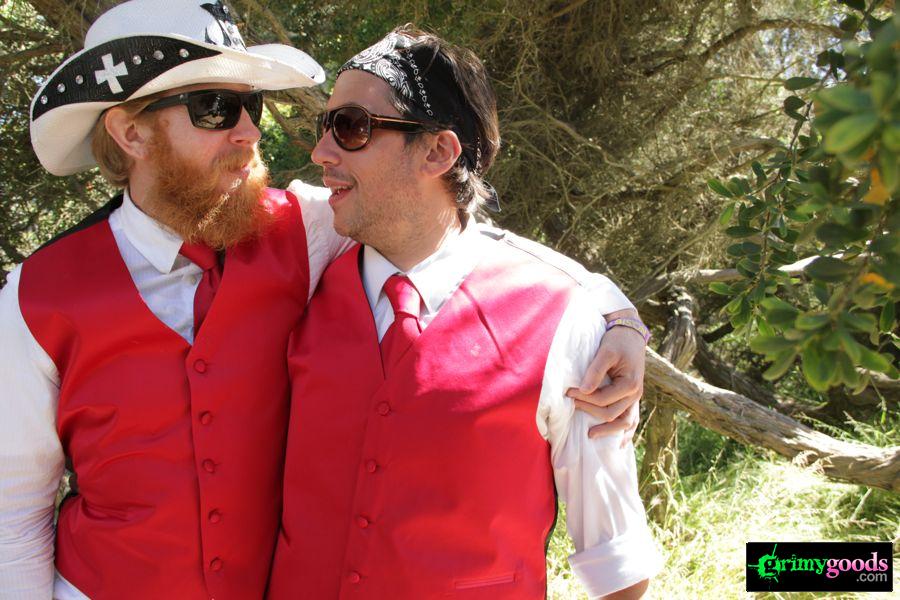 Set in our little spot in the woods nestled in Golden Gate Park at Outside Lands Music Festival, I had the opportunity to interview Tyler Maulhardt and Benjamin Leon from the gypsy pirate rock band Diego’s Umbrella. These guys are exactly as fun in person as they are on stage, super sexy, and just down right freakin’ awesome. However, I do have to say we had so much banter back-and-forth it made it difficult to transcribe this interview. Some parts of the interview are just too “R” rated to write, because … well, I’m a lady.  So here is some what of an edited version of the guys seducing me and joking their way through my questions.

GG: Ok first question, where did the name come from?

Tyler:  The name actually comes from one of our good friend’s tattoo.

GG: He has an umbrella?

Ben: Diego Rivera with a tattoo.  Next question!

Tyler: Diego Rivera has a tattoo of an umbrella. Few people know that, that’s why it’s a sacred sort of name.

(obviously fucking with me!)

Tyler: Well, we’re really big fans of umbrellas and that’s where it comes from.

Ben: Well, but not crazy about umbrellas, but we like Diego’s umbrella.

GG:  What do you tell people when they ask what style of music do you play?

GG:  If you were explaining the music to your grandmother that might not know what that means.

Tyler: Grandma’s are hip to gypsies. They know what that is.

Ben: My grandmother was raped by a gypsy. A female gypsy.

(The banter continues in the direction of grandmothers, and gypsies, and sex.) 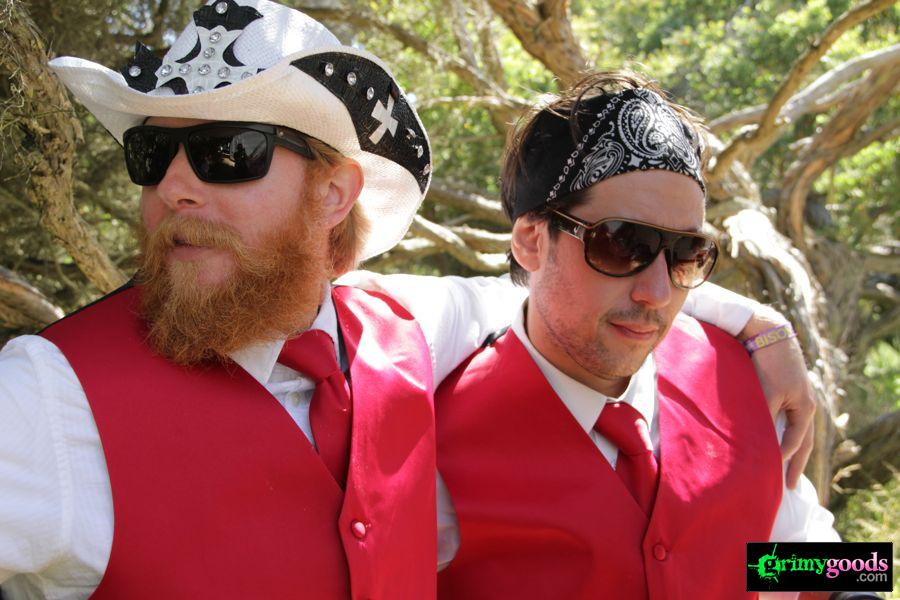 GG: So you guys live here in San Francisco. What neighborhood do you practice in, and what does practice look, smell, and feel like?

Tyler: We practice in the Tenderloin (neighborhood). It’s anything but cute there.

Ben: It’s really bad. I was just there this morning grabbing Jake’s drums and there was shit in the street.

GG:  Tell me your name and something about you as if you were on a first date. Example, Hello my name is Roxanne and I love history and sharks.

(The guys did more than I expected in answering this question, and decided to personally show me how they would seduce a girl on a date.  It was awesome!)

Tyson: (pulls me close,seductive voice) Hi, Roxanne. I’m Tyson. I’m ready to party. You look good. Let’s make it happen. Let’s do this. (back to normal) How was that? Was that good? Was that hot? Are you seduced?

Ben: Ok it’s my turn. (arms around my waist) What’s up Roxanne? My name is Ben. You know, I think it’s a double standard that if a woman gets out there and has sex with a lot of men, she’s called a slut. But if a man does it, he’s called gay. (we all laugh)

GG:  Wow that was amazing. So much more, personal than I thought it would be. 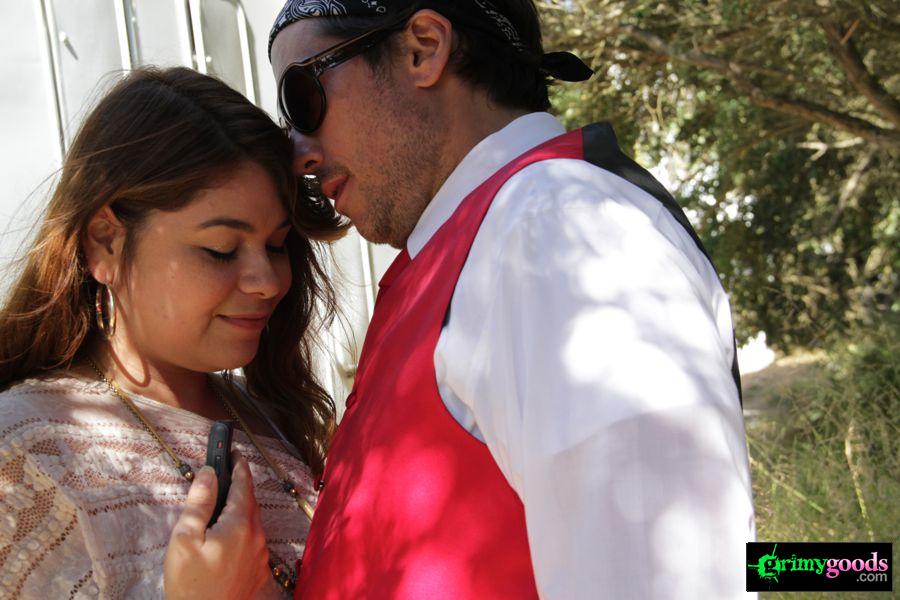 Tyson: This is definitely the sexiest interview we’ve had. Hands down.

GG: (trying to stop laughing and blushing) What was your favorite thing about playing today?

GG: (laughing my ass off) Not playing with me! Playing here at the music festival.

Ben: Oh right, outside of playing with you.We played music.

Tyler: I have to say the last song we played. It’s a new song called “Thrash Mexican Budapest,” that was really fun.  People were really raging.

GG: What’s next for the group?

Ben: An album.We’re going to be in the studio this fall and working on a lot of material. We’re super excited for this next full-length which will be out in 2012.

Tyler: When the Mayan Calendar ends.

The guys both sing, When the Mayan Calendar ends. 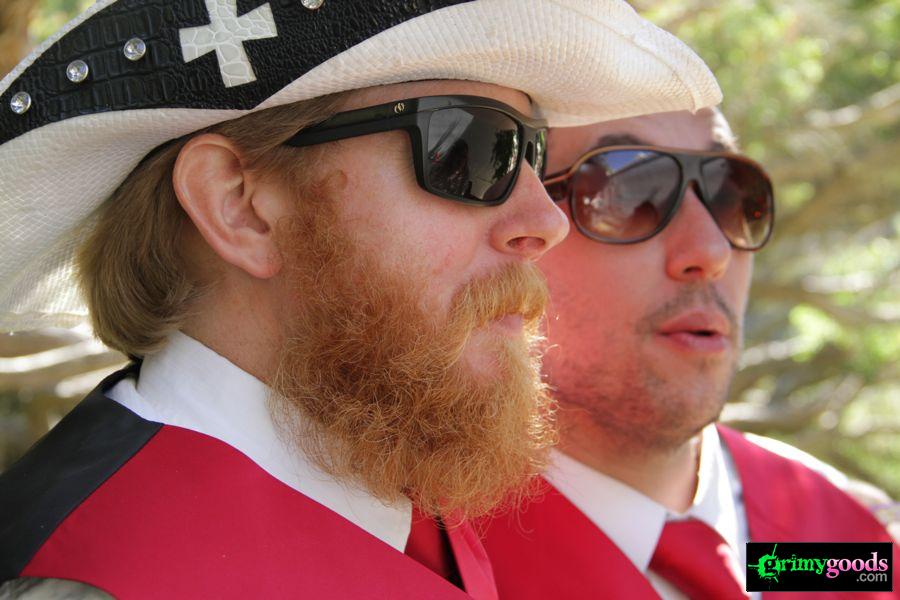 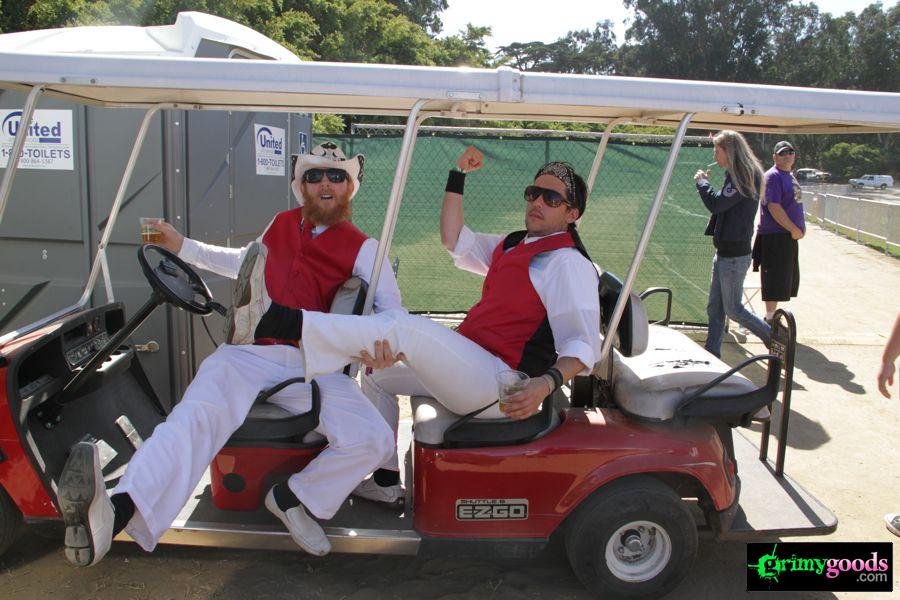 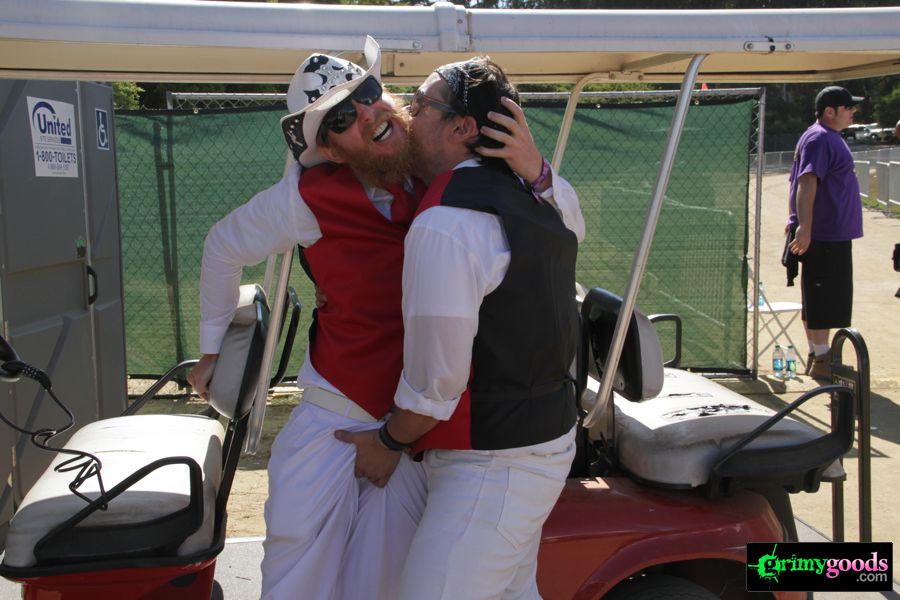 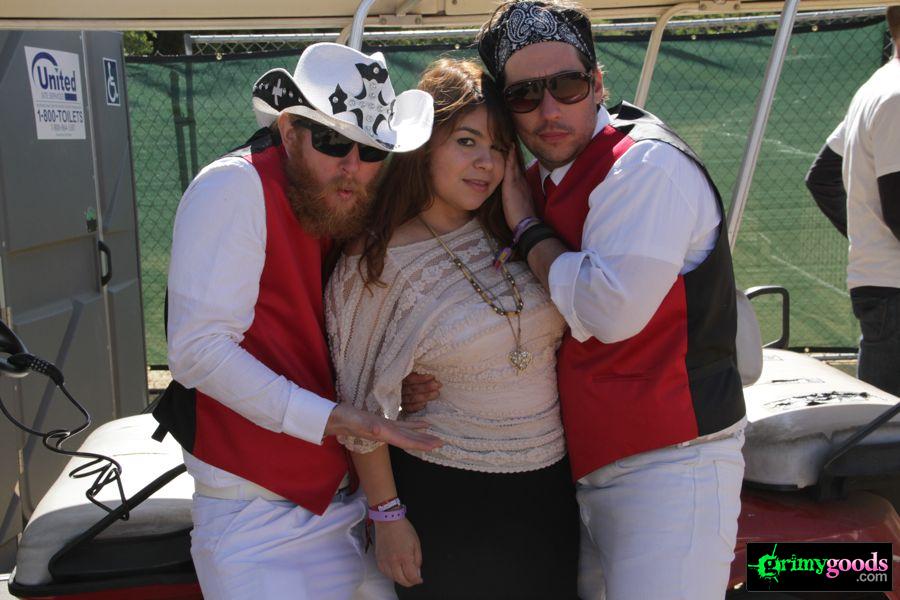