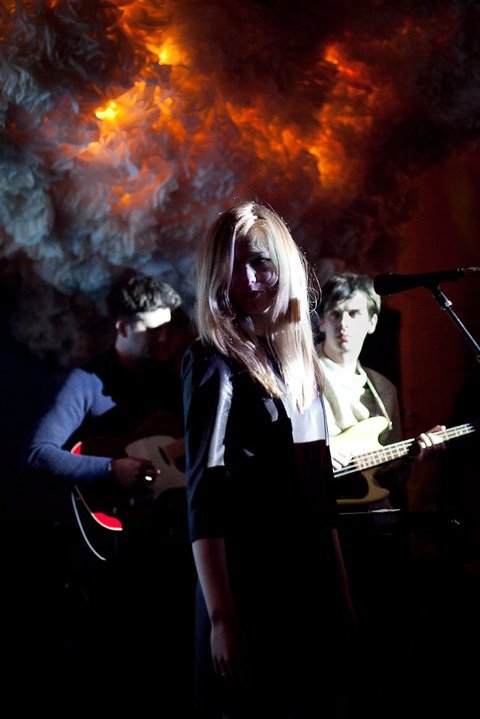 Maybe its the shadow of Halloween just around the corner, or my new found obsession with American Horror Story, or maybe it was intended to sound like the soundtrack to Suspiria. Regardless Still Corners’ debut LP matches the October vibe of all things creepy. They come from foggy London, baring with them foggy new-wave pop lullabies to die for. Creatures Of An Hour has that macabre sensibility that warrants a sound straight from your most brilliant nightmares. A dreamer like myself can only deduce that this album was recorded in a mausoleum by the light of the full moon with fluffy white kittens who bleed from the eyes singing backup. For all its ghostly glory there is an ebullient rush that glides in at moments. The sound is unexpected. A peaceful ohm of a thought, a vibrating white noise of innocence.

The vocals, worrisome and wispy, blend sweetly with the sharp pinches of guitar to send you over the rainbow into Still Corners very own version of musical OZ. The lyrics are poetic prose of unrequited love, and misery taken a little bit further. You imagine the singer is a broken hearted bitch that will hide in your closet and cut you. While I find the vibe often viscous, the delivery is comparable to any daisy chain vocalist, a la Emilana Torrini with more instrumental grit or a super subdued Jewel. Frontwoman, Tess Murray blows your mind with her chimes while the band makes a splash of lo-fi effects to surprise the palate. Echoey reverbs bounce back and forth with a tasteful grace. All-in-all the songs are earthy and gorgeous, toned down by this breathy drawl that woos you.

Highlights include such melodramatic titles as: “I wrote in blood,” which is a sighing death chant of a tune. I really dig it, its lyrics are sullen and sorry, while its melody is skippy. We have all felt the way this song feels, so hurt your numb. The monotone vocals are spot on brilliant. A little dark but in that is the strength. Lullaby like in format, opener “Cuckoo” is a lethargic dance party with subdued bass limps. Opium den buzzing bass lines give birth to really stellar rifts. “The Twilight Hour” could be straight off the soundtrack of Sofia Coppola’s The Virgin suicides. Mossy, dim light bedrooms that belong to love starved suicidal pubescent girls. “Endless Summer” is a beach murder bonanza, I can just picture the lone survivor of a bloody midsummer murder walk triumphantly into the advancing sun rise.

A fresh band with much potential, I feel like they can and will do more, whatever that more is—I am  not really sure. The flaws are inevitable but sparse. A little something is missing, something that can be heard live. It is a little too ambivalent and instrumental. If they cared less about being on trend with the dreamy, alt-pop of today and did what they do live, its my humble opinion that the album would flow better. Compared to earlier songs released I find moments to be chanty and lost. But thats all the complaints you’ll squeeze out of me, for beyond those slight chips I am sold. 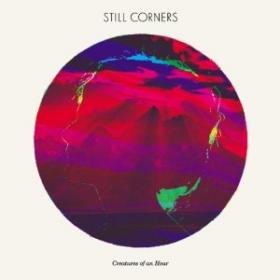