As long as this author has been providing you, my musically interested readers, with show and album reviews—a certain mental check has been in place. Personal bias isn’t something that is usually incorporated into these reviews; that isn’t what I want my readers to focus upon. Still, sometimes….

If you’ve recently heard Green Naugahyde, the newest release by Primus (hope you read my track-by-track album review!), then you’ve been waiting to see a few new songs played live. You are not alone. For their newest U.S. tour, the band has decided to perform two-set shows. That is, the first set is a bunch of random songs from different albums, while the second set list was the entire Green Naugahyde album. No other bands performing, just Primus, and nothing but. Sounds pretty sweet, right?

Immediately upon arrival at the Wiltern in Hollywood, the crowd’s atmosphere was energetic, that much could not be ignored. Several chants of “Primus sucks!” (a crowd chorus from the group’s earlier days) erupted from multiple areas of the venue. The band came out amongst deafening cheers, while around the crowd lights swirled and blinked. Fog billowed out, and the pungent tang of pot accompanied it. Claypool came out with a pair of bifocals that would make a Harvard professor blush, his head adorned with a bowler hat plucked out of the 1950s, his bass strapped to him like some mythical weapon clutched by its wielder. Lalonde and Lane came out with him, and the show began. Behind them were two giant astronauts, the faceplate acting as a projection screen, onto which some old man’s face flickered. This face would swivel back and forth, up and down, and all around—creating the typical bizarre effect that Primus is known for.

Crowd favorites played during the first set include: “Jerry Was A Race Car Driver,” “Puddin’ Time,” and “Southbound Pachyderm.” The sound was excellent (as it always is with Primus), and the lights and motions (and the monstrous astronauts), made it all come together in a satisfying way.

Upon intermission, while everyone was refilling their beers or smoking cigs, this author consistently heard the same complaint. Multiple fans agreed that the set list kind of sucked. People complained that they only played one or two singles, and the rest of the songs were unknown by most other people. This author is inclined to agree: as a Primus fan for a number of years (I remember buying Antipop on its release date), most of their material is quite familiar to me—that is, I can recognize the majority of it by ear. At this show, however, I had trouble identifying almost every song of their first set. If anything, the tracks seemed to be taken primarily off of Tales From The Punchbowl and The Brown Album. It also seemed like the band deliberately chose as many slow songs as possible; only two or three upbeat songs were played the entire first set. This can be great for a band that tours constantly and is always coming out with new material; Primus isn’t like that. Some people haven’t heard anything from these guys in years, and to come out and play slightly boring, mainly unheard material doesn’t seem too fair to the legions of fans attending their shows. Still, on the other hand, some people approved of the set list and loved all the songs; everyone has fan bias.

Had the show been limited to just the second set, however, it would’ve been perfect. The entire performance of Green Naugahyde was phenomenal. The set was presented, for the most part, as it is on the album. The music was devoid of errors, the thunder of the bass and the twang of guitar were perfectly balanced with the volume of the drums. Claypool danced around the stage, as giddy as a music lover at Amoeba Records. Highlight songs include: “Hennepin Crawler,” “Moron TV,” “HOINFODAMAN,” and “Eternal Consumption Engine.” All in all, it sounded just like the album, but live, and therefore awesome.

One thing noticed during both their sets (but mainly the first) was the band’s continual tendency to start jamming. That is, in the middle of a solo in a song, they would suddenly start branching off and making up stuff as they went. Some songs were extended by minutes because the band was just fooling around with different sounds and beats. This is another of those viewer-bias things at shows; some people enjoy watching Primus in their natural creative element, while others come to a show to see songs, not to watch the band screw around.

Finally, the Wiltern itself did not help to make the show any better. Never has this author and his photographer had such a problem with a venue in terms of tickets, photo passes, general service, and security guards. Without dragging this out, this author would just like to say that personal attendance at this venue will hereafter cease (minus extreme situations), and I encourage you, my reader, to do the same. The rude staff and ridiculous rules of this venue take away from the overall concert experience, and if this is tainted, what other point of going to a show is there?

Still, do not let any of the words of this article sway you from Primus, from seeing them live, or from getting their new album. As a ten-year vet of shows, one knows that there are good and bad times; this author is used to angry guards and difficult staff, as well as varying degrees of musical quality. As a previous viewer of several Primus concerts, this author knows their potential when they are live. Let’s just say, just for this show, that they fell below their potentiality. This tour is over, and if you didn’t get to see them this time around, you missed a good thing…but not a great thing. 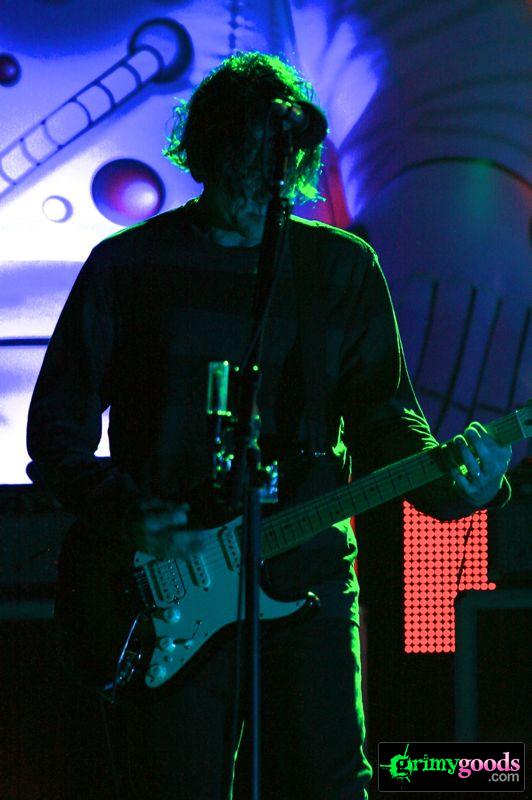