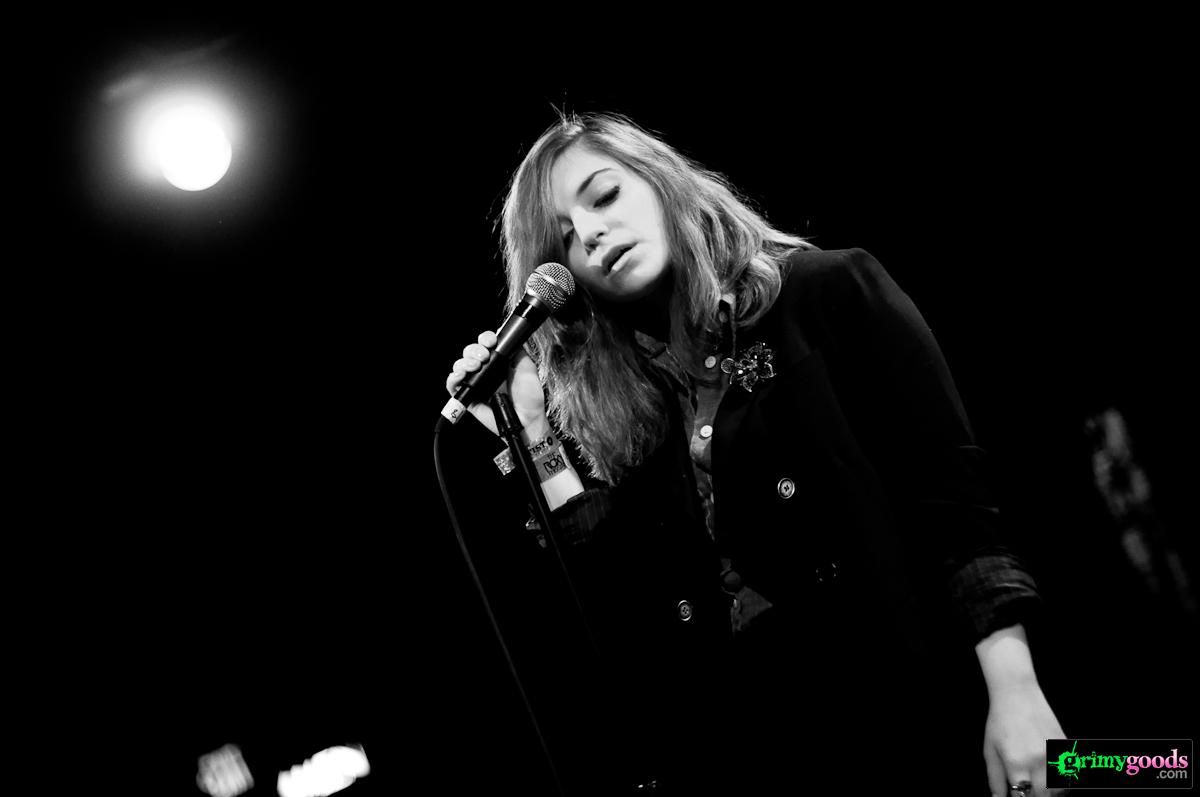 Grimy Goods and Gorilla vs. Bear teamed up to present a stellar evening of music and that’s just what we did.  Radiant Grecian duo, Keep Shelly in Athens made their L.A. debut at The Roxy on Tuesday, Nov. 8, 2011.

Bummed because I missed opener Pyyramids due to late arrival but I heard that they jump-started the evening with some edgy, drone-esque yet dance-rock tunes. The duo of OK Go’s Tim Nordwind and singer Drea Smith recently released their debut EP Human Beings, so if you missed their set like I did, there’s still a chance for redemption.

The night of the duos continued with Kisses aka Jesse Kivel and Zinzi Edmundson. They apologized and explained to the crowd that they had forgotten their laptop across town and were therefore forced to improvise, like it or not. But like it I did. Song shout outs and a slow but consistently dancing crowd proved there were fans in the house. Jesse’s understated banter and vocals provided a welcome dry wit balanced out with Zinzi’s sugar sweet take, both with her vocals and the sunny synth lines coming out of her micro-Korg. Kisses’ sound was laidback and clean, not to mention flushed out with a drummer in tow. When they played songs like “People Do the Most Amazing Things” it was stripped down compared to the recorded version. Despite the case of the forgotten laptop, it turned out to be an extremely pleasant-on-the-ears set and they may want to consider forgetting their laptop more often.

Then headliners, Keep Shelly in Athens (KSiA) hit the stage. Normally just a duo, they too were able to flesh out their sound live with the accompaniment of a drummer and guitarist. They instantly mesmerized the on-looking crowd with their infectious, electronic fueled downbeat and ambient pop grooves. A small group at the front and center of the stage were giving off the most energy and that seemed to cause a ripple throughout the room to the rest of the head-bopping crowd.

KSiA covered a lot of musical ground over the course of the next hour or so, playing some older tracks from their first EP, two new tracks and most of the songs off their new EP, Our Own Dream. This included the rich and succulent “Lazy Noon,” shockingly pleasant “ABADBAD – California Birds” and the brass laden jam “DIY.”  Only suggestion, play my burgeoning favorite off the EP “a) The Rogue Superhero b) Ready to Pay the Price” next time please!

Lead singer Sarah’s vocals seemed a little sharper and over-pronounced live than I expected but she was cute as a button, casually rocking out with her signature hand snap n’ sway movements on stage. I give the most props to electronic hoodie-clad, mystery man RPR and the drummer and guitarist who really turned the night into something special with their non-stop energy. RPR is musical mastermind when it comes to crafting dark and sexy beats. The man just drips of enigmatic musical pleasure and a lot of fans were intrigued by his calm and collective demeanor as he posted up in the far corner. Some people in the crowd had no idea he was an integral part of the band. He is one half Keep Shelly in Athens, and pretty much the solid backbone for all their infectious grooves.

Although their performance started a bit shy and awkward (on Sarah’s behalf) the little doll opened up midway through their set owning up with her inviting stage presence and tempting howls. Considering this was their third show ever (they played two in Austin the week before with one show at Fun Fun Fun Fest), these kids did a damn good job. It’s not every day a new band is thrown across seas into the nerve-wrecking scene of Hollywood for their third live show to date. Overall, a really solid and enchanting performance and I’m looking forward to seeing this band live again soon. 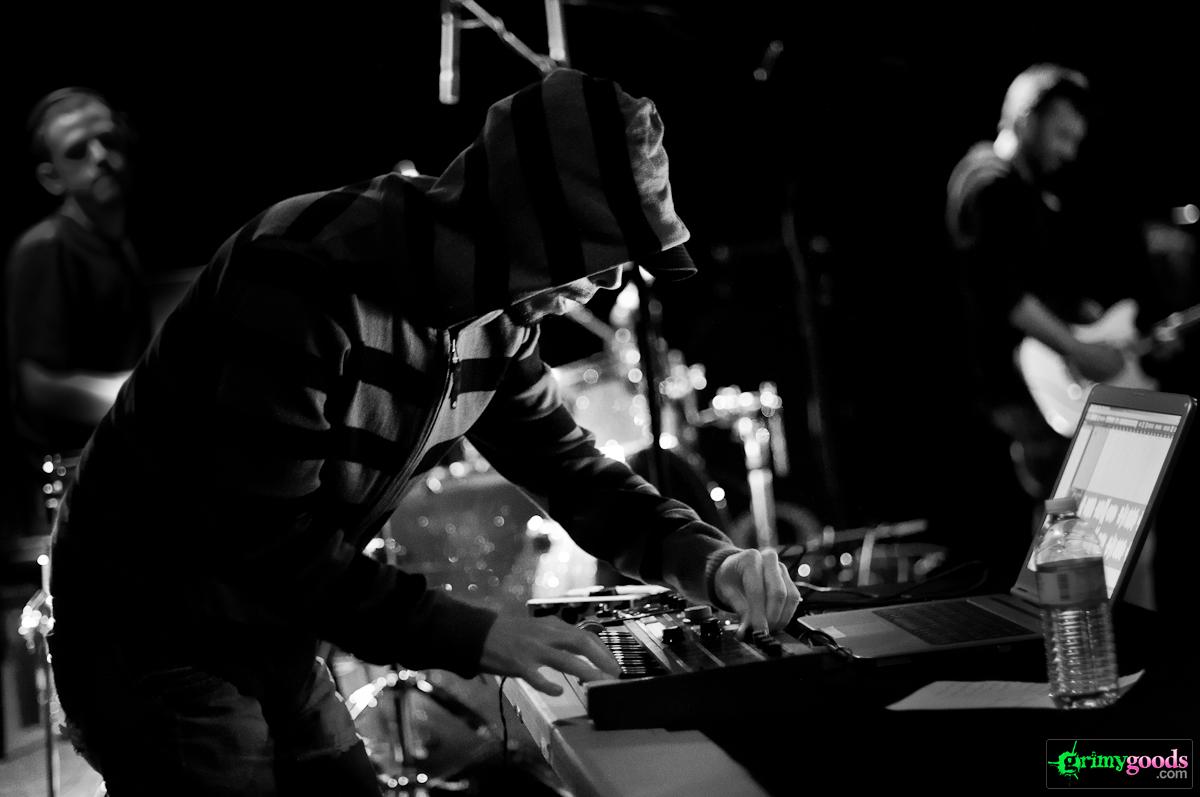 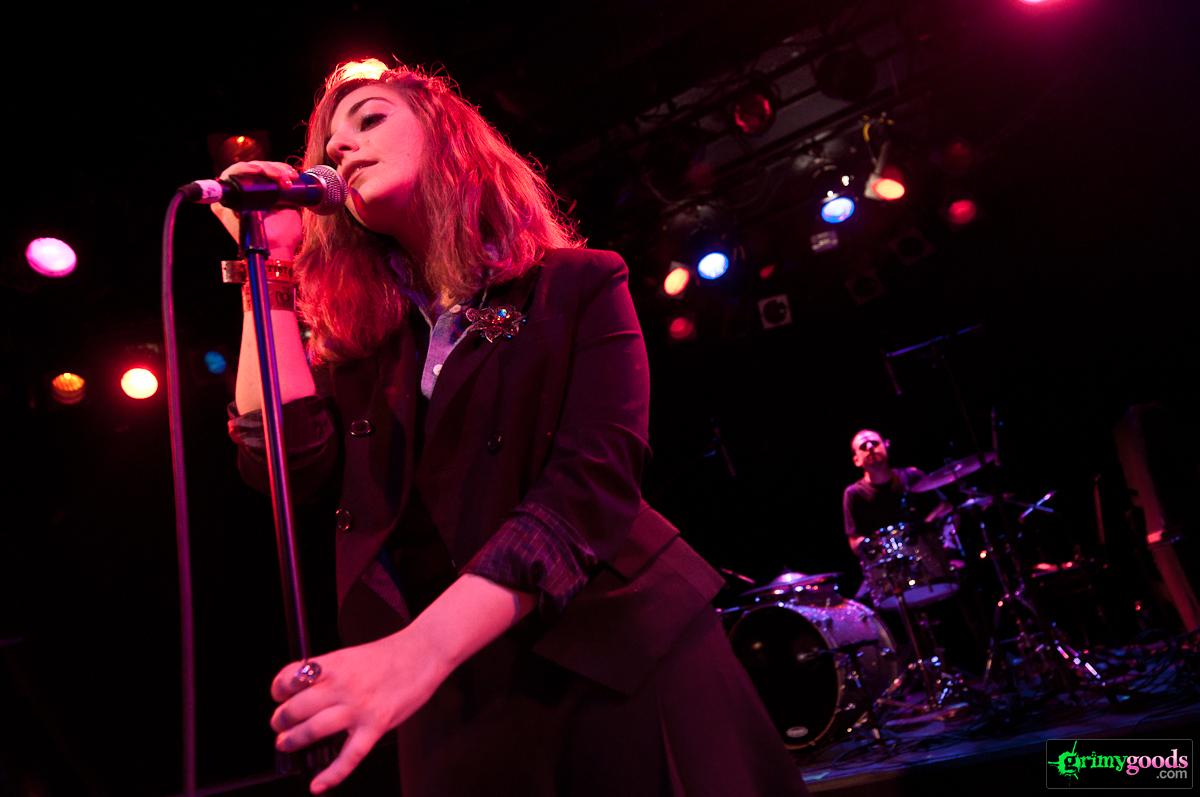 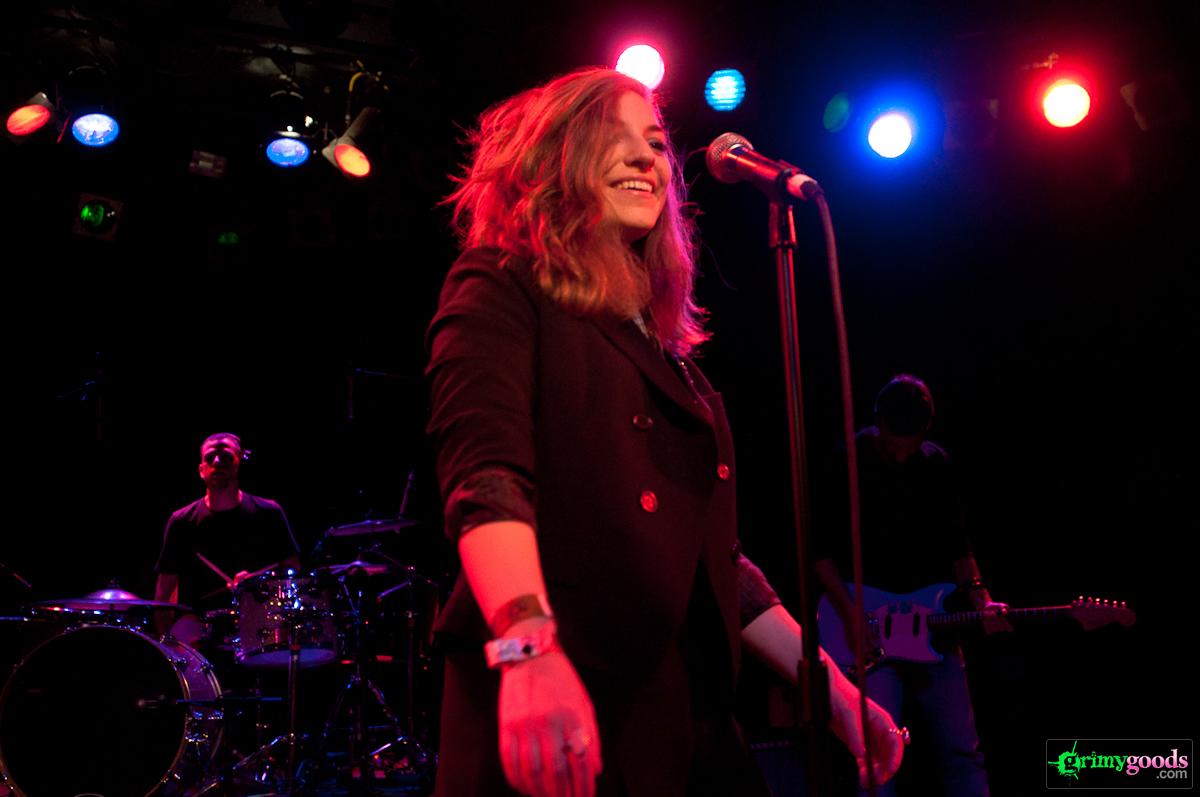 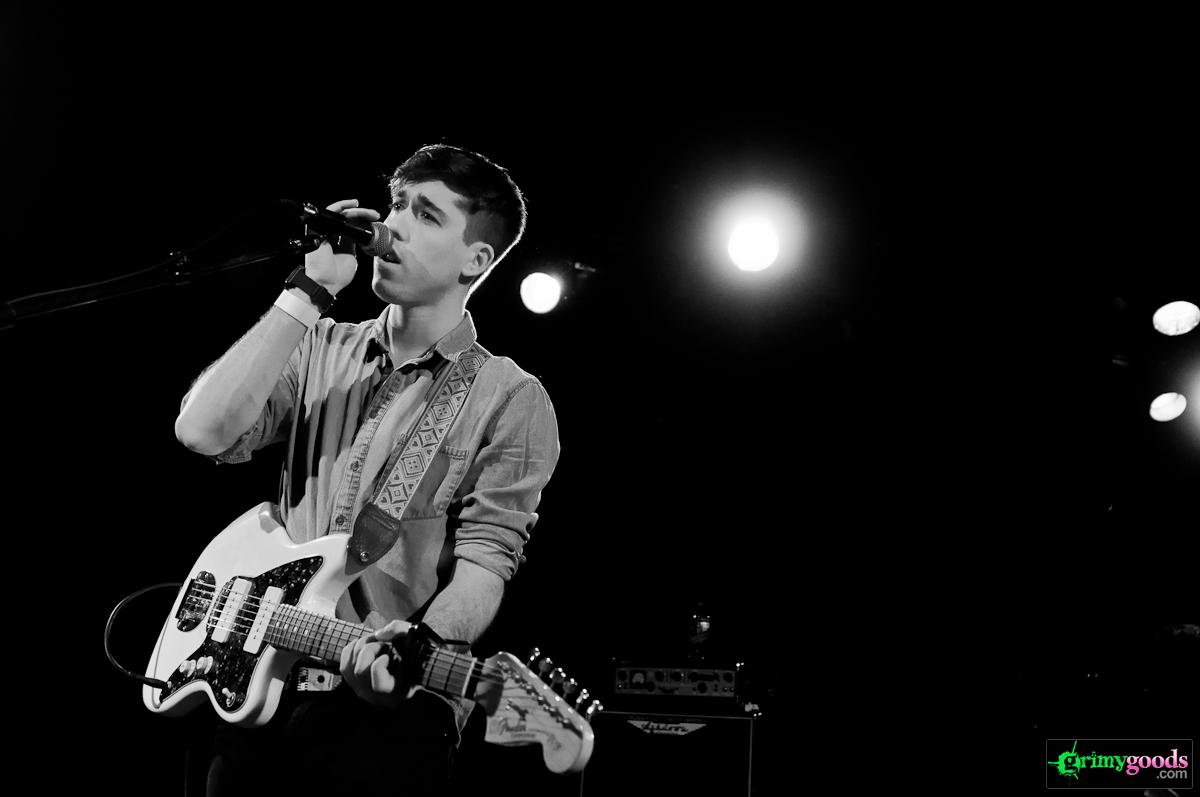 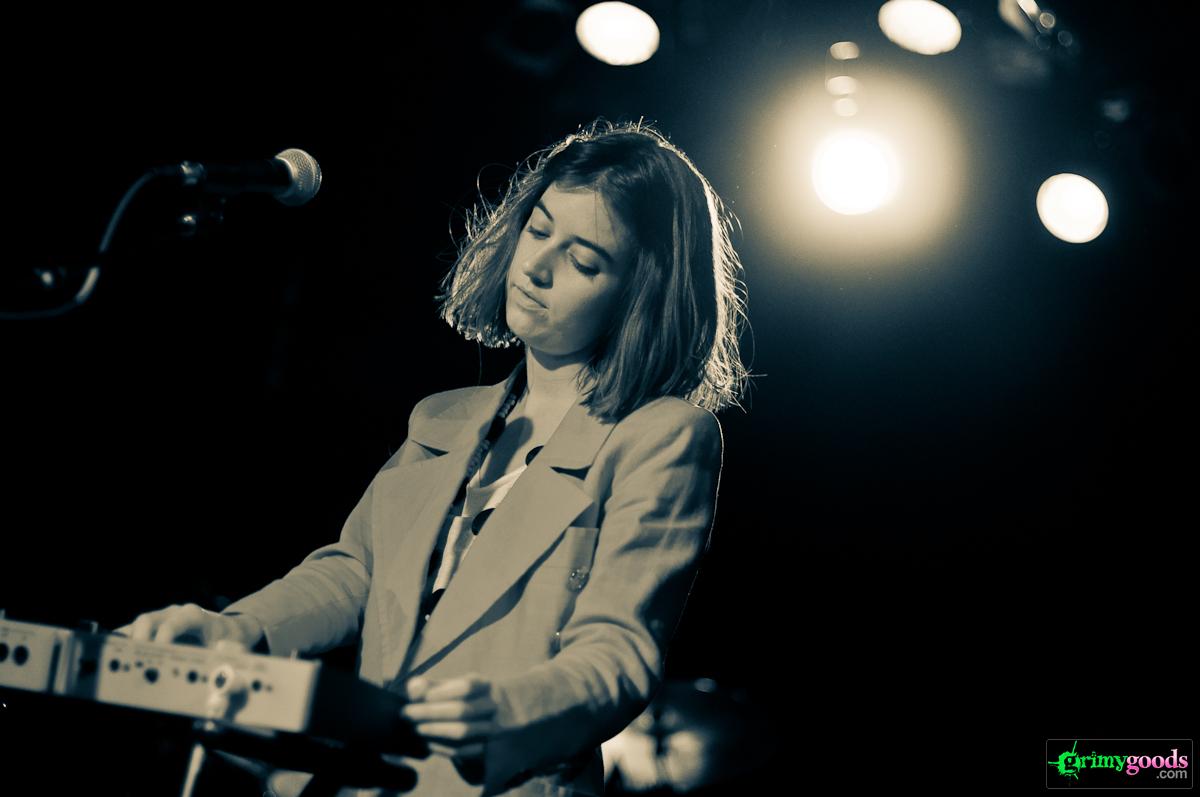 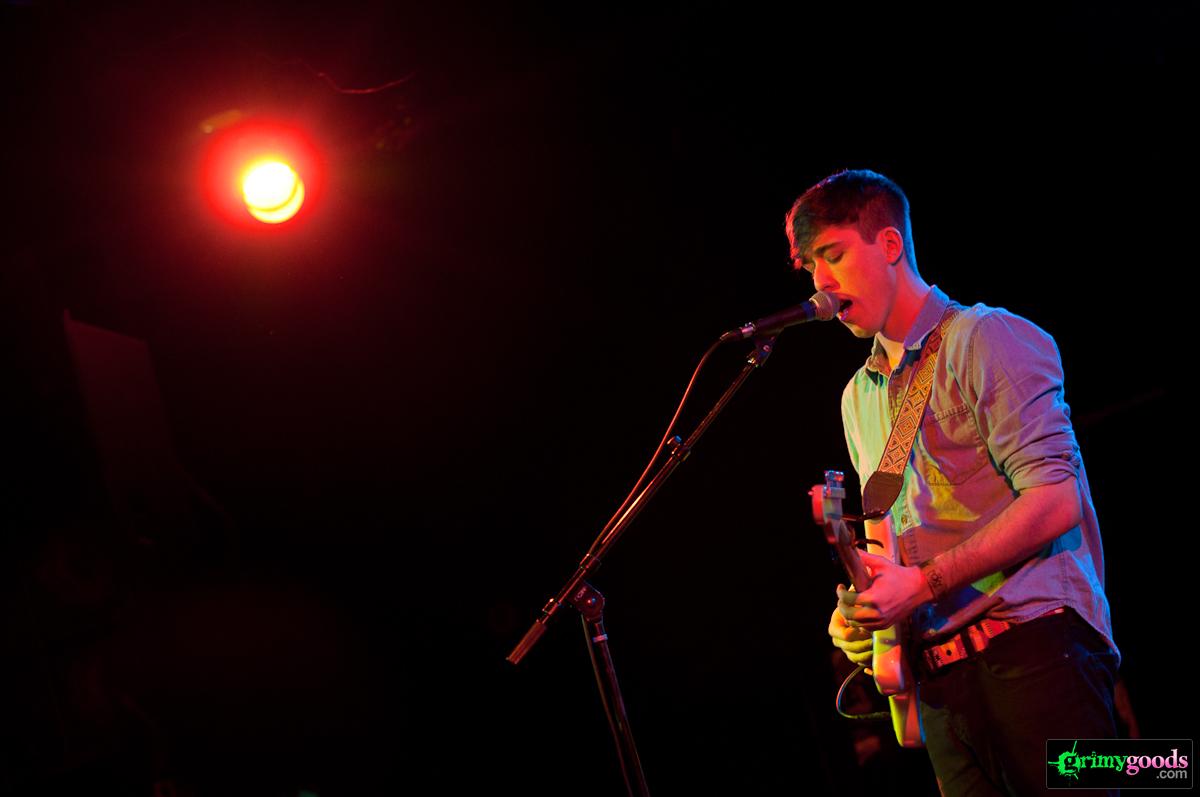