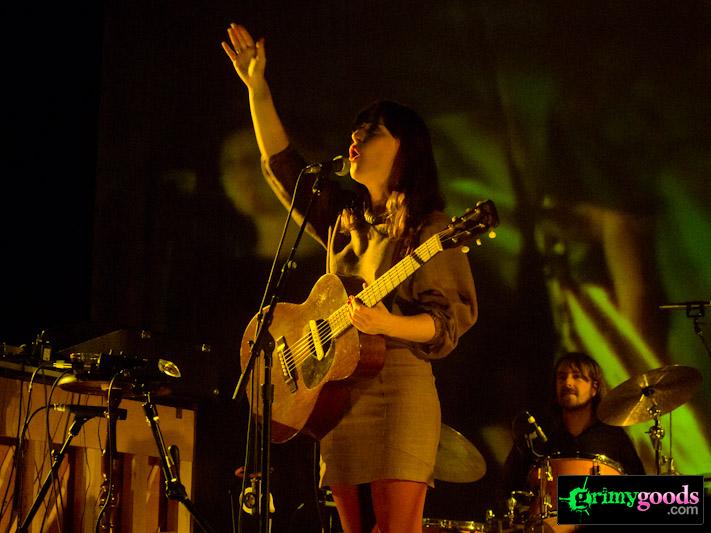 Upon arriving at the Wiltern on Saturday, Nov. 12 for the sold out Feist show, I immediately walked into the piano hammerings of a mad man. Classically trained anti-virtuoso and frequent touring buddy/fellow Canadian of Feist — Chilly Gonzales was already in the midst of moving across the piano keys with impeccable and precise speed, his tousled brown hair whipping about as he did so. Part storytelling, part song, part rambling, part genius— he shared with the crowd his affinity for melancholic minor scales and raucous versions of recognizable classics like “Heart & Soul” and Beethoven’s “Fur Elise.” He busted out rhymes — Don Draper, pepper shaker and John Mayer were all conjured up into a dope rap. The beauty and benefits of 6/8 time signature was demonstrated in detail. Thinking outside the musical box never sounded so good.

Chilly Gonzales had revved up the room that is, until Feist took to the stage with a full band and the three lovely ladies of the incredible vocal group, Mountain Man — for a whirlwind hour-and-half set. The rustic, natural bellow and crackle of Feist’s voice reached every aural nook and cranny and despite being close to the back of the house, I definitely got swept up in it. The set list was comprised mostly of songs off her latest album, Metals. Diving into the set with “The Undiscovered First” the strong stomp, tambourine shake and the eruption of harmonies brought the house down and had me shivering in my boots.

Feist kept it rolling with the sweet commotion of “A Commotion,” laid-back bluesiness of “How Come You Never Go There” and the somber “Graveyard.” And that was just the beginning. A throwback to “Mushaboom” off 2004’s Let It Die garnered some welcome whoops and whistles. Once settled into the set, Feist’s playful side and sense of humor began to show. When trying to get an initially hesitant crowd to pipe in and join the Canadian sing-a-long, the singer joked, “I guess you’re all actors because you’re not singers.”

A riveting version of “My Moon My Man” proffered some impromptu dancing mid-set, a sonically gorgeous three part harmony from the ladies of Mountain Man left me breathless and humbled, followed by several more songs off of Metals including the simple and honest “Comfort Me.” Then before you could say encore, everyone was off and then back on stage again, wasting no time before busting out some older favorites such as “I Feel It All” and “Let It Die.” Chilly and Feist then reunited for the final song “Limit to Your Love” with Chilly on piano and Feist literally on top of the piano and singing, a stripped down, simple ending to a stunning set. 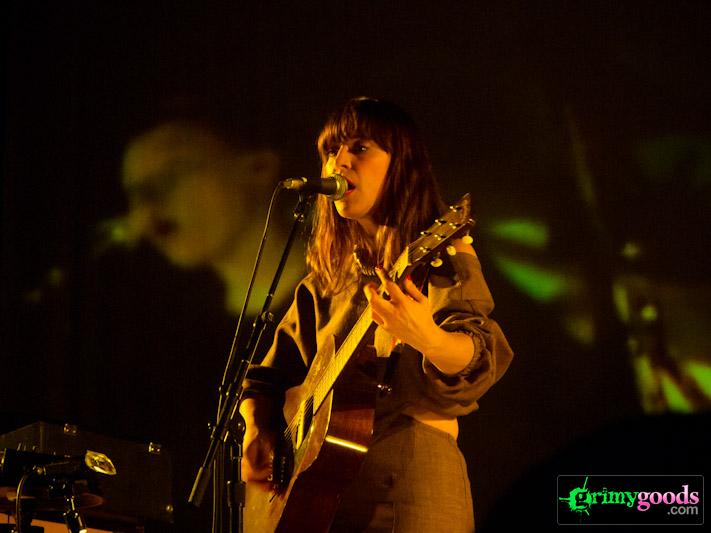 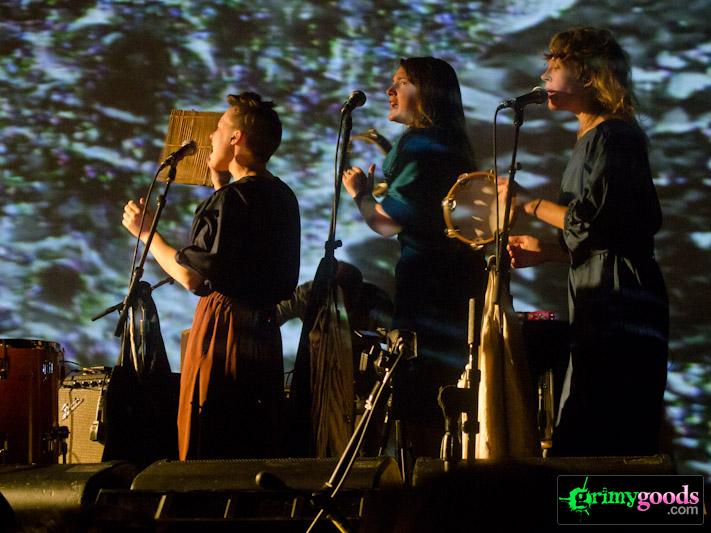 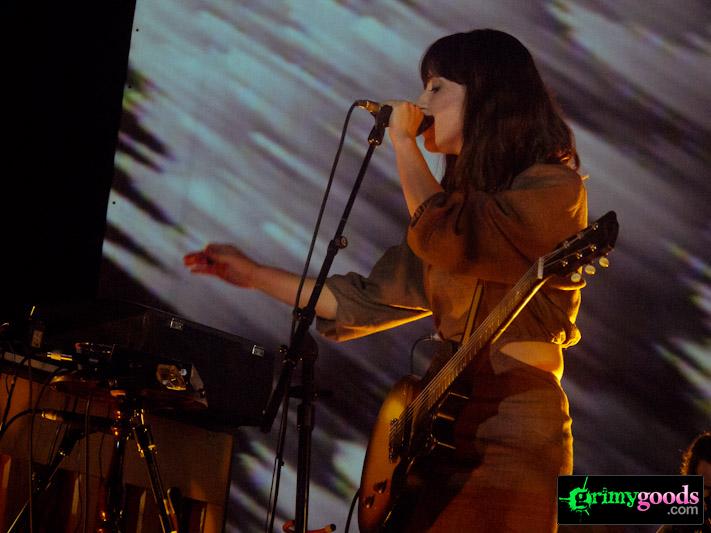 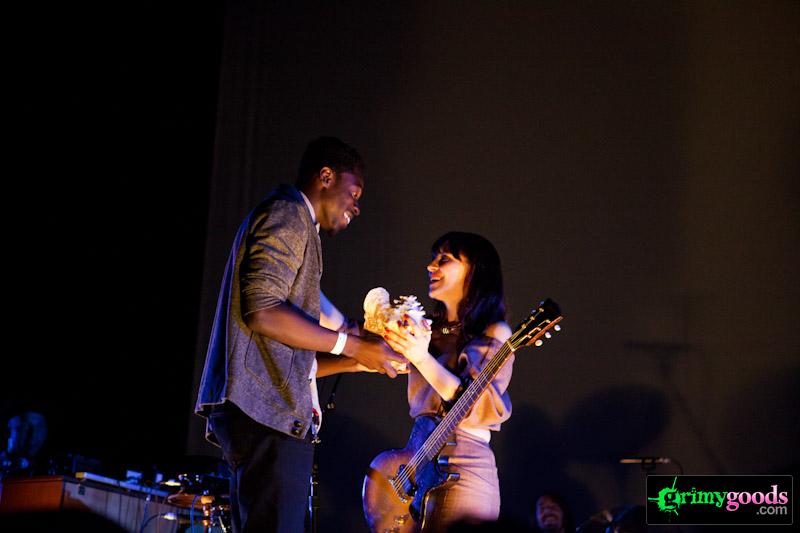 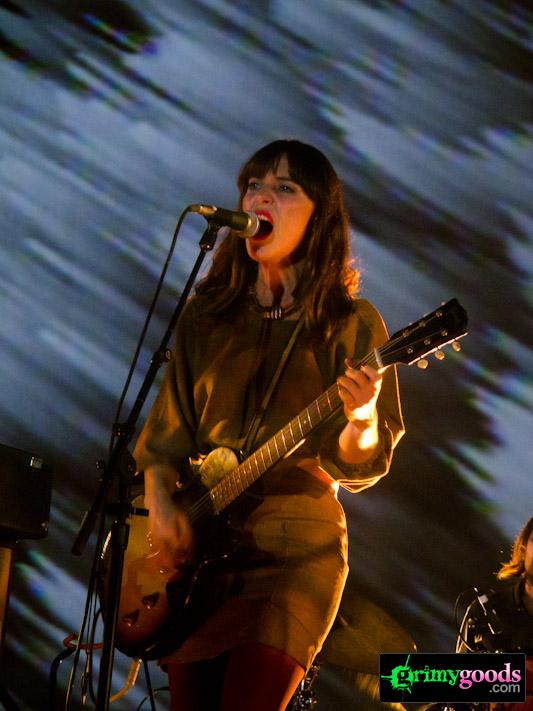