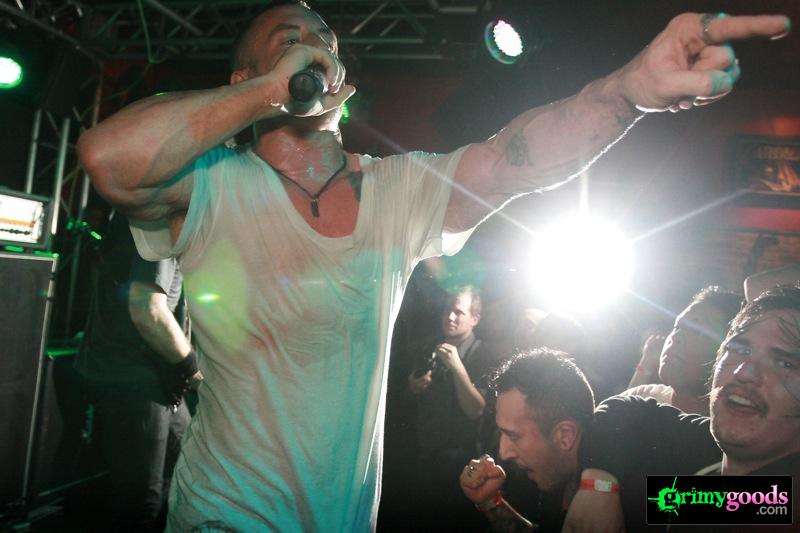 If you have seen The Dillinger Escape Plan live, then you know what to expect. If you wind up at one of their shows, not knowing what’s about to occur—then a couple of quick prayers should be in order.

The same might be said for Slidebar, who hosted the free show this past Thursday, January 19. Coupled with an unrelated listening party for Meshuggah‘s new album, Koloss (yes, the whole band was there, causing random metalheads to swoon like girls at an N’Sync show), the bar was packed tight with scores of musicians and fans alike. This was easily one of the biggest crowds Slidebar has drawn, at least from personal experience.

The opening band was a three-piece entitled Vittu. This was their second show. Unfortunately, they were only able to play a couple of songs due to delays, but whether this was due to poor planning on Slidebar’s part, an unavoidable occurrence, or the fault of the band itself is unknown. Their sound was proggy-rock with an obvious punk influence. The guitarist was talented, yet seemed to be out-of-place with the rest of the group. While the other two weren’t particularly bad musicians, they also didn’t have anything going for them, and I politely escaped the room after a few songs. Still, a band in its infancy has a lot of time to get better.

Nails was the second act. Also consisting of three members, they sounded like good-ole’ fashioned metal; its only after a few minutes of listening that you hear the subtle inclusion of grindcore, as well as some death metal. Todd Jones does a great job with vocals and guitar; the blend of quick little solos with jarring riffs are only accentuated by his powerful voice. Drummer, Taylor Young also deserves a nod for his technical prowess.

After Nails, only The Dillinger Escape Plan remained, and the energy in the room was close to nuclear. Not really giving anyone a chance to greet them, the band burst into song within seconds of getting on stage. Singer, Greg Puciato immediately went berserk, grabbing fans and screaming inches from their faces (myself included).

Guitarists Ben Weinman and Jeff Tuttle started throwing their instruments around as if that $700 price tag never existed. Within the first few songs, Weinman cut his face open between his eyes, presumably from his guitar head. Does he go wash it off? Of course not! Also, since this isn’t the first show I’ve seen Weinman do this to himself, he’s probably quite used to it.

Their style of music matches their stage presence. The technical, chaotic jaggedness is only made sweeter by the dashes of progressive they toss in now and then. Picture it this way: looking like he just fell into a pool, Puciato takes a breather while letting his voice croon along—then seconds later jumps up and hoists himself up into the rafters, screaming the whole time. A couple seconds later, he’s jumped off into the crowd, lost his mic, and doesn’t reappear for half a minute. This whole time, the rest of the group is still going crazy (Tuttle usually jumps into the crowd right after Puciato).

Liam Wilson, who has one of the best beards in metal, is the bassist and one of the longest-standing members of The Dillinger Escape Plan. Billy Rymer, the newest and youngest inductee of the band, played his drums flawlessly and with seemingly no effort. As a whole, the band works great together, feeding off of each other’s energy and the audience. 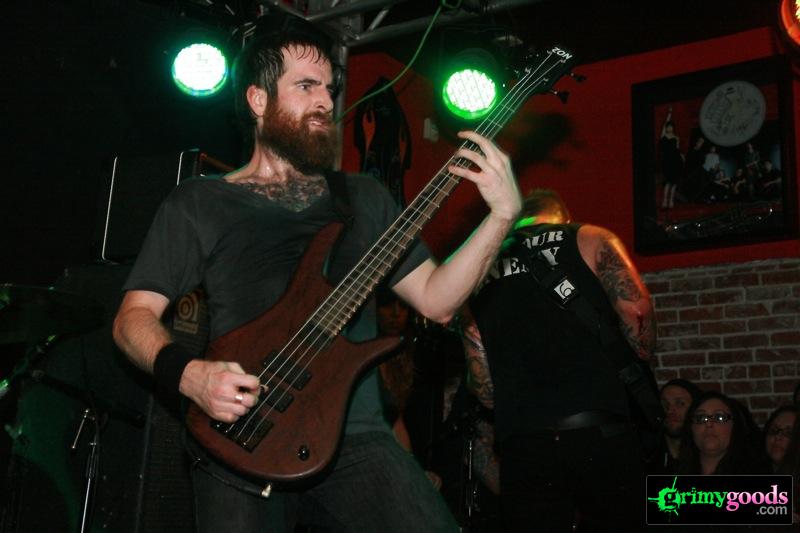 They played songs like “Milk Lizard,” “Fix Your Face,” “Chinese Whispers,” and “Farewell, Mona Lisa.” Never ones to forget their past, the band also played some older songs, including “43% Burnt,” “Sugar Coated Sour,” and “Sunshine the Werewolf.” They had a good set-list, being careful to include songs from all albums and not choosing songs that were just too slow for a show atmosphere, unlike some groups (remember my irritated Primus review?).

Near the end of the set, they decided to beckon everyone on stage, so, naturally, everyone took the invitation. Instead of five people onstage (ok, six, if you count their sound guy), there was forty or fifty, all clamoring for the mic, attempting to crowd-surf, or randomly standing around headbanging. After the song ended, it took them a bit to clear the mass of bodies from the stage before the band played their final song, during which they decided to throw Rymer’s drums around, standing on top of them and generally demolishing everything.

This is pretty much how most Dillinger shows go. I’ve had multiple opportunities to see them live, and every time I’m impressed by their live performance. Hell, this most recent one wasn’t even the most intense show that I’ve seen by them, and that’s saying something. My main point is this: if you are a fan of The Dillinger Escape Plan, and haven’t seen them live, then what the hell is wrong with you? If you aren’t a fan, go see them anyways, just for the performance. Either way, I guarantee you say something equivalent to “Ho-ly Shit…” at least once! 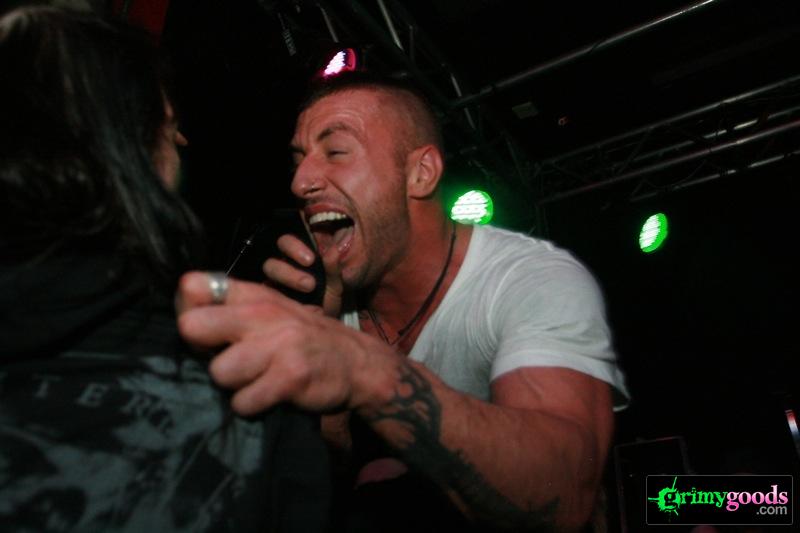 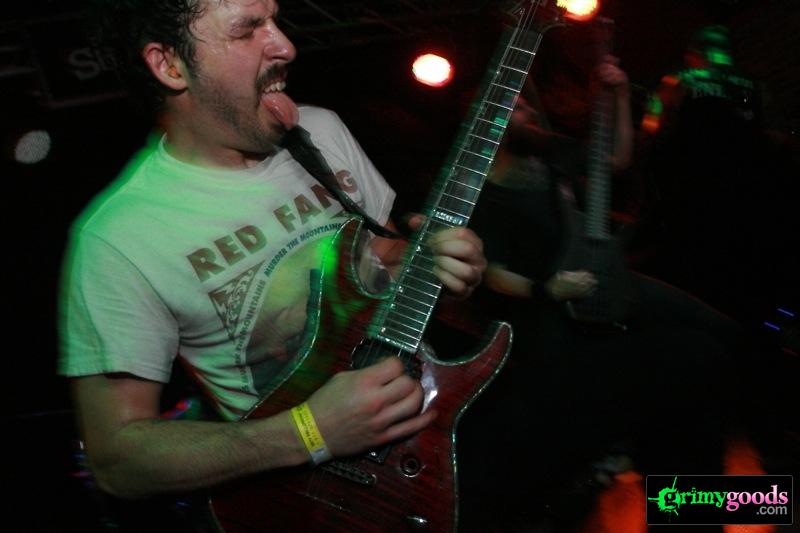 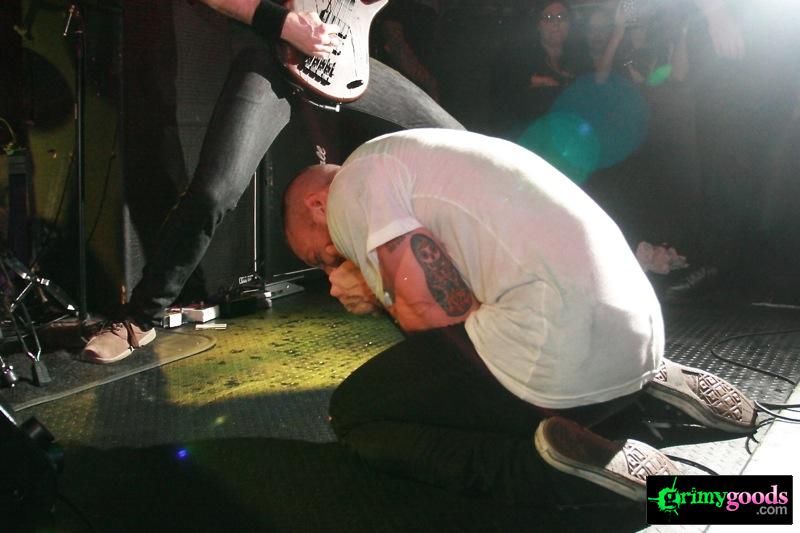 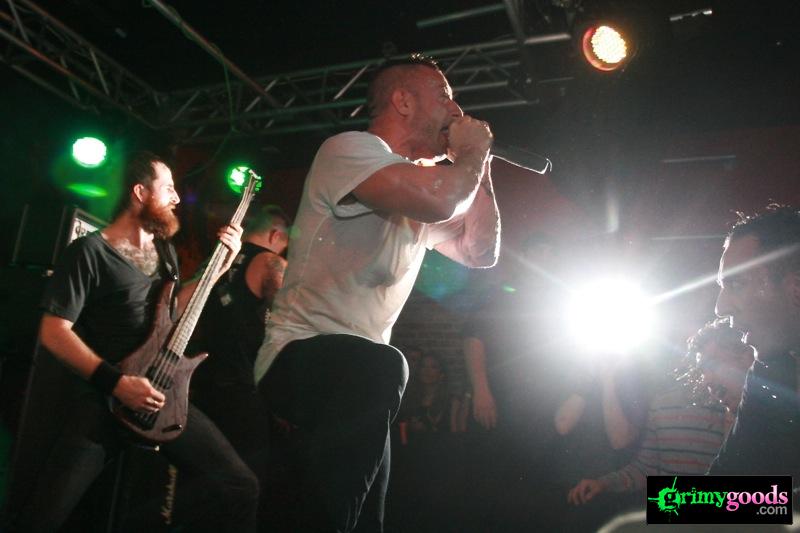 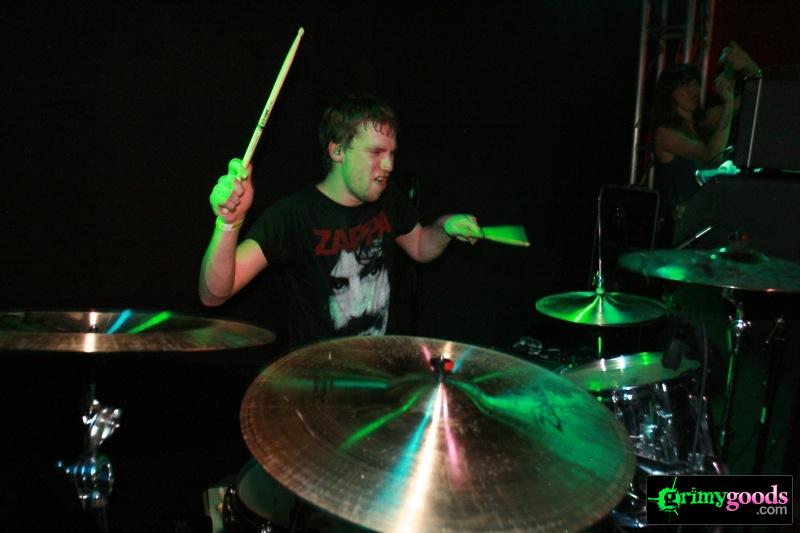 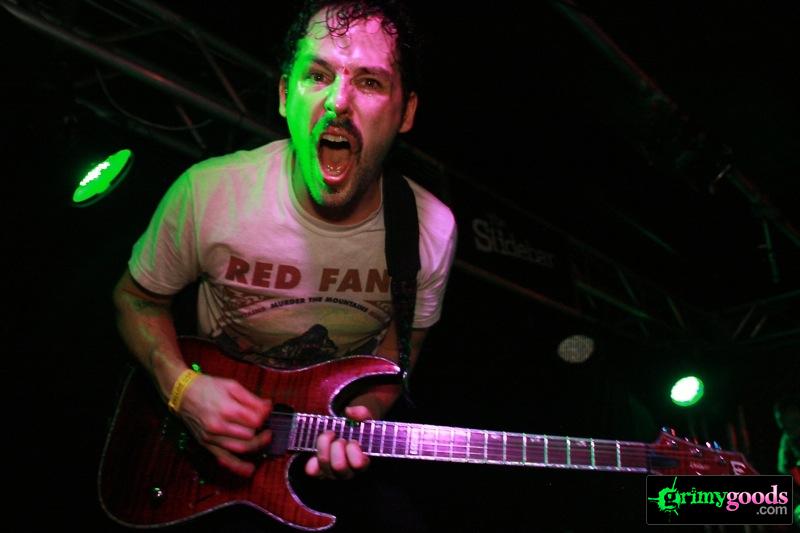 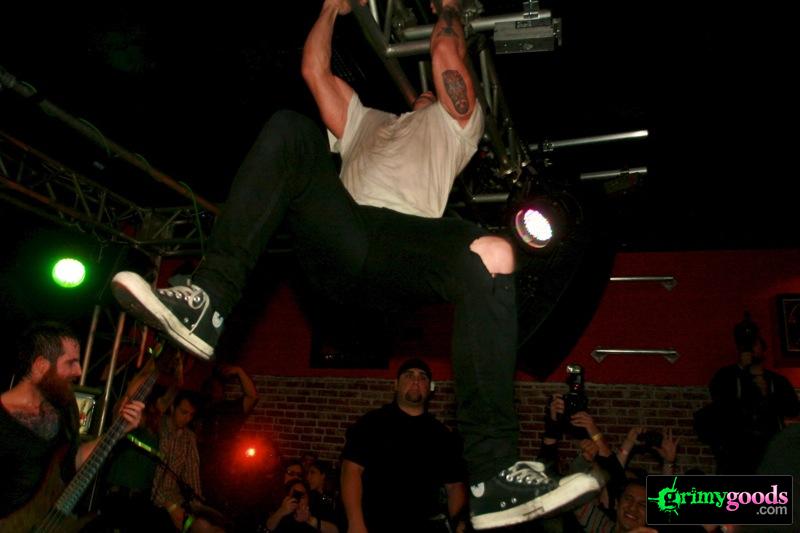 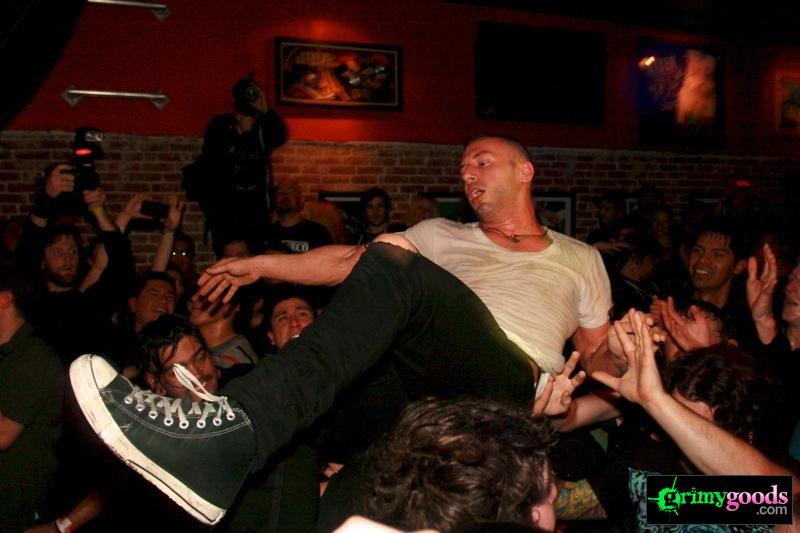 Click through the photo gallery below for more Dillinger Escape Plan photos!