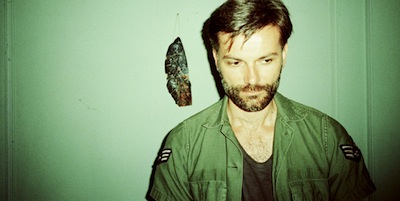 You know that feeling when you stick your arm out of a car window while it’s moving, and make your hand wave and dance though the air stream? If that feeling needed a soundtrack, my suggestion would be Porcelain Raft’s full-length debut, Strange Weekend.

Beginning the album with a track called “Drifting In and Out” could not be more appropriate. Immediately you are whisked away in a cloudy haze of electro-infused dream-pop. Frontman, Mauro Remiddi’s hypnotic vocals steer this vessel like a sweet stoner version of Willy Wonka’s boat ride.

While it would be easy to compare Porcelain Raft to many of the other fuzzy-feeling synth-pop bands of the moment, there is something special about this one-man band. Perhaps with age comes experience, as Remiddi has a good 15+ years on the other kids in the yard. Or maybe it’s the eclectic life experience Remiddi acquired while caravaning with the Berlin Circus or playing piano for Off-Broadway stage shows. Whatever lends him the leg-up, the album is hauntingly beautiful, but has enough grit and edge to keep it from being a wash out.

After “Drifting” at the start of the album, “Shapeless and Gone” is a head-bobber that hits on a traditional alt-folksy sound. Standout tunes “Put Me to Sleep” and “Unless You Speak from Your Heart” come in the middle of the album. The former sounds like it’s begging to be a part of a film soundtrack. It feels like the first kiss moment in 80s movie or the tune playing when the main characters realize it really is love in a modern indie film. The latter is a bouncy, sweeping track that while lively, has an earnest side with lyrics such as, “I don’t want to listen, unless you speak from the heart.” At this moving sentiment, the album reaches it’s pinnacle.

The final 4 tracks are charming in their own right, but don’t hold the same grip on you as the previous section of tunes. “If You Have A Wish” allows Remiddi’s vocals to buzz with vulnerability. The vocals on the album as a whole are an impressive mix of androgyny and control. Closing with “The Way In,” is an excellent end to a journey that is both alluring and chilling. 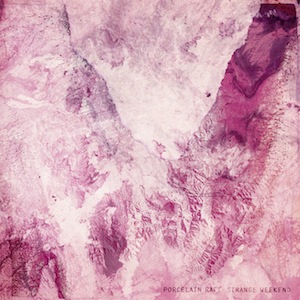