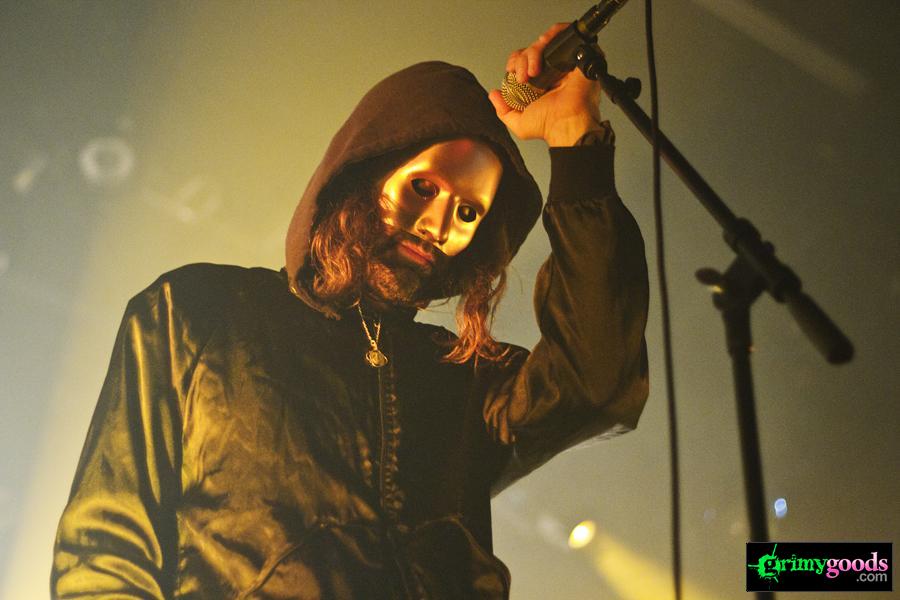 Arising from a hazy mist of smoke machines—clad in black hoodies and their signature masks, Miike Snow made quite the entrance at the El Rey Theatre with their Lite Bright center piece of antlers. The crowd was in a frenzy at the drop of the first atmospheric break as the masked marauders made their dramatic entrance with a suspenseful and mystical intro that led into “Enter The Jokers Lair,” the first song off their new album, Happy To You.

Following up with the joyous marching band drum lines of “The Wave,” the vibe was euphoric. Miike Snow had plastered perm-grins on our faces as we knew we were in for one epic performance. As the masks came off and the men revealed their charming faces, the crowd’s energy was colossal. Miike Snow’s live performance has a profound effect on anyone and everyone who is witnessing it live. Not many bands can engage a crowd from start-to-finish, but Miike Snow had our entire attention from the moment they hit the stage, to the second they made their exit. Never was there an attention deficit.

Taking us through a good hour (plus) of enchanting electro dance numbers such as the fairytale-like, “Bavarian #1 (Say You Will)” and the stellar encore of “Animal,” the crowd was going berserk. Hands were in the air, bodies were pogoing and fans were in the absolute best of spirits. Even the handsome, long-locked frontman—Andrew Wyatt was busting out his own Michael Jackson dance moves. As the ladies (and some gents) frothed at the mouth for Wyatt, his sexy dance moves only made him even more attractive.

While the room was bursting with vivacity, Miike Snow toned it down a bit with softer ballads such as “God Help This Divorce.” The emotional track was delicate and really grabbed your heart by the strings. Another stand out track was their debut album’s, “Sylvia.” Being the masterminds of beats and production that they are, Miike Snow enthralled us with the sheer beauty that is “Sylvia.” Going into a delayed outro of electronic epic-ness with a stunning mix of atmospheric, not-from-this-planet effects and sounds—every girl in the room was wishing their name was “Sylvia.”

Hands down Miike Snow are one of the most talented musicians out there, and their live show is even more impressive. Leading up to their electrifying performance were The Big Pink. Having attended The Big Pink’s L.A. debut in 2009, this follow-up El Rey performance was a bit lackluster in comparison to their grand debut.

Their breakout album, A Brief History of Love, was made for the stage. It radiates with dark electro beats full of enticing mystery making it a much more sexier album. With their sophomore effort, Future This—it just doesn’t translate as well on stage. Not to mention it has that very artificial radio-pop sound, which early fans of The Big Pink don’t quite fancy. You can totally hear this in their very catchy new song, “Hit the Ground (Superman).” Here we find frontman Robbie Furze without a guitar and just singing along into the mic with his adorable swagger. Although he has some great stage presence and energy, I prefer the dark and mysterious Furze who rocks out on the guitar along the masterly crafted beats of Milo Cordell.

Another new song that was very different from their early roster, was their show closer “Lose Your Mind.” This song was definitely meant for a live show. It was a sure highlight and grew from a radio-pop dance number into an industrial break of build up, pounding drums, psychedelic swirls of bass bumps, and Furze wailing on the guitar. It was an amazing eight minutes of musical chaos and I loved every second of it. Other powerful songs that held our attention proper, were the old tracks such as “Dominos” and “Too Young To Love.”

The Big Pink put on a great show, but they didn’t grab my attention 100 percent. 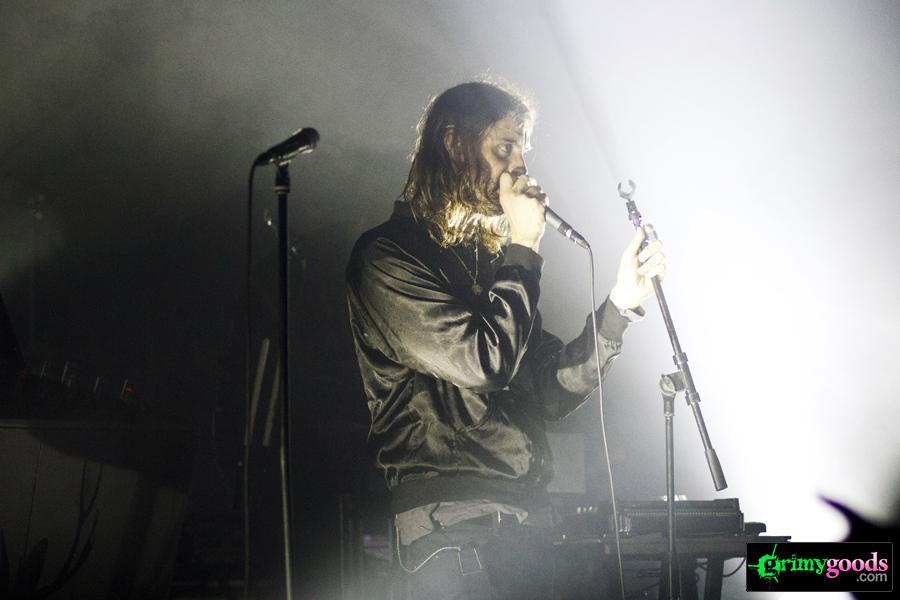 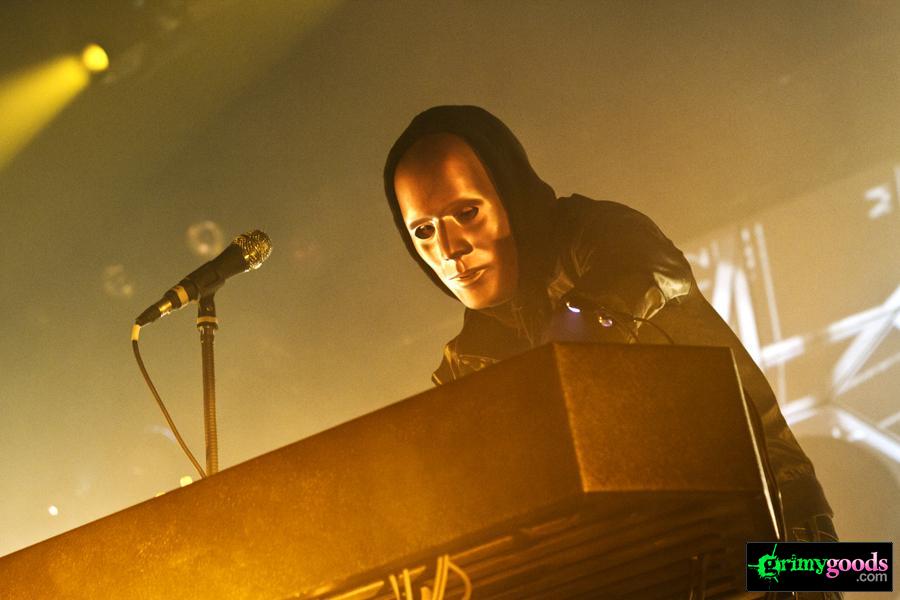 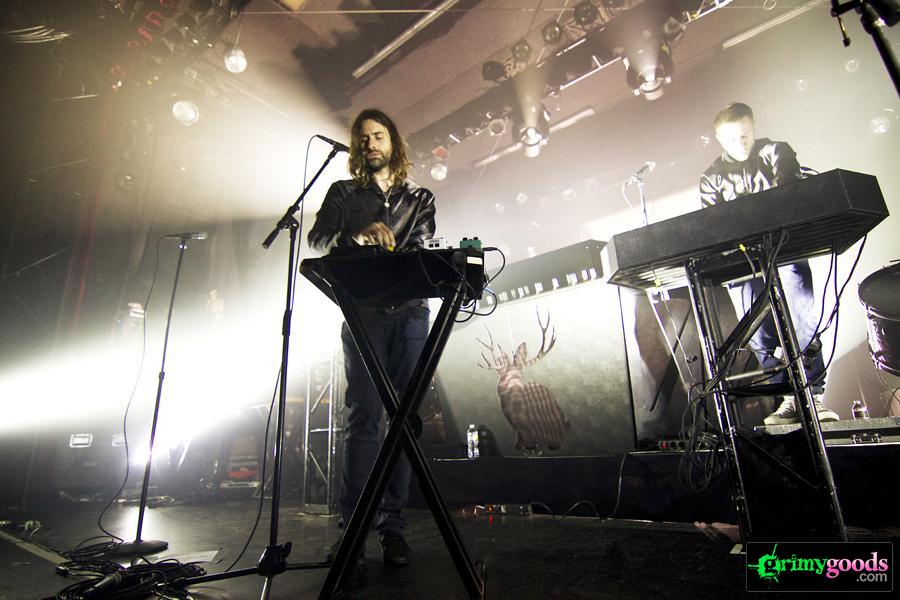 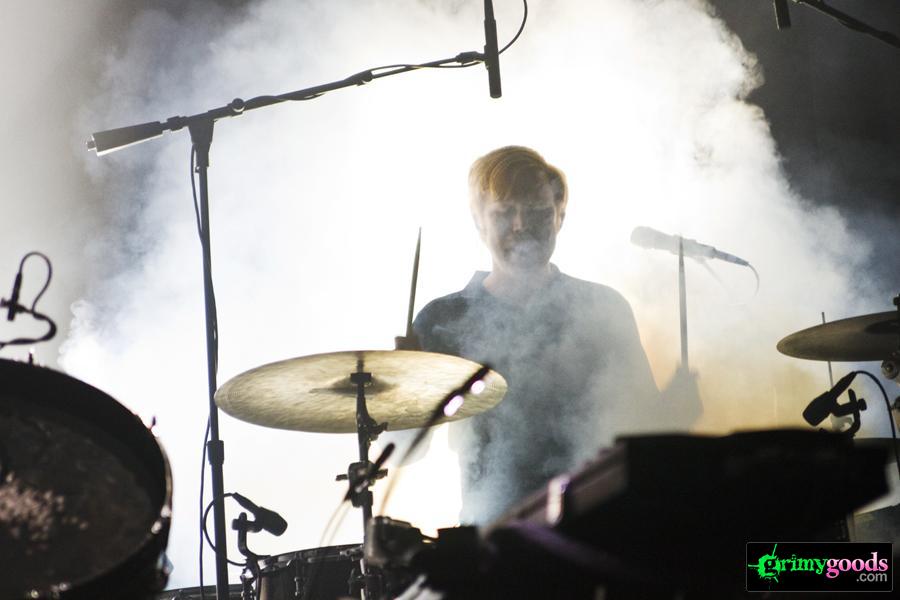 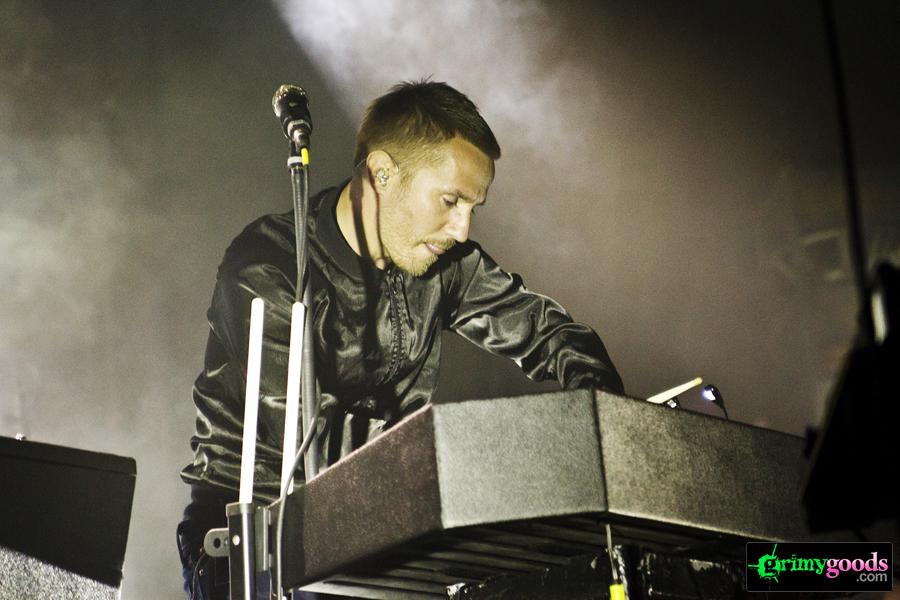 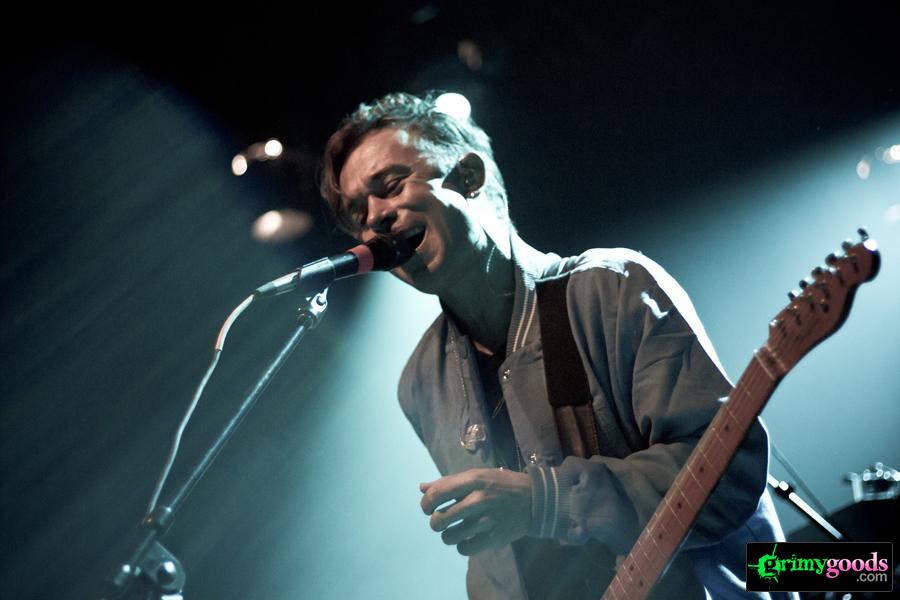 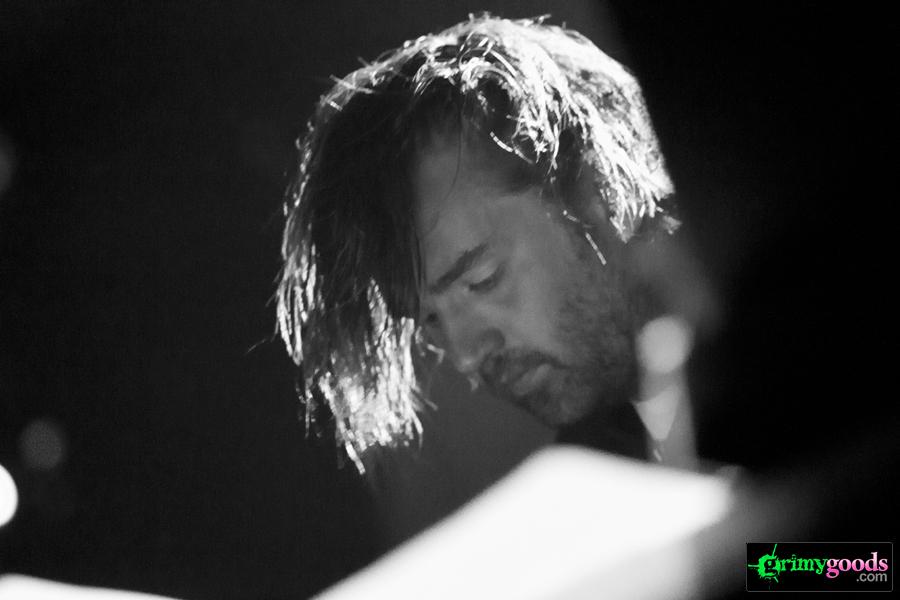 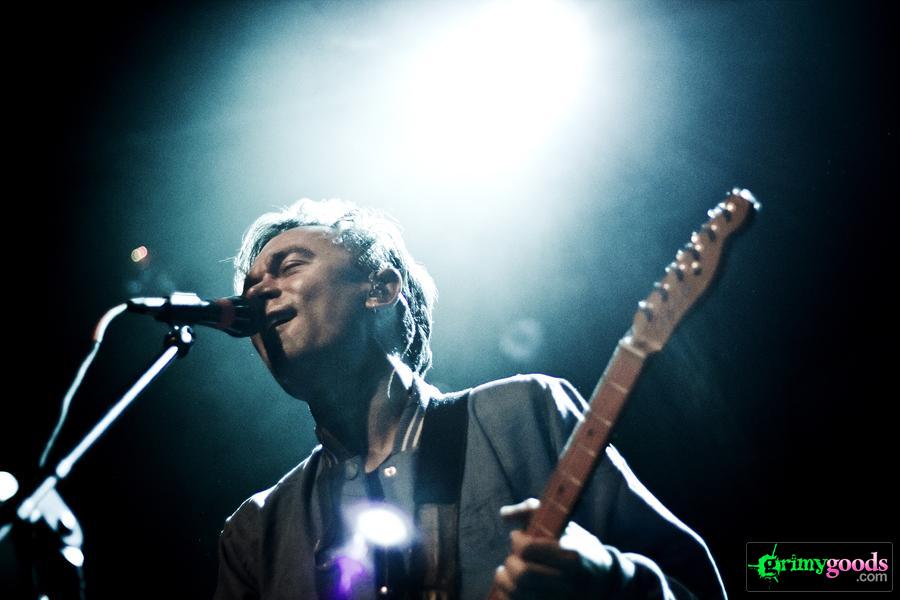 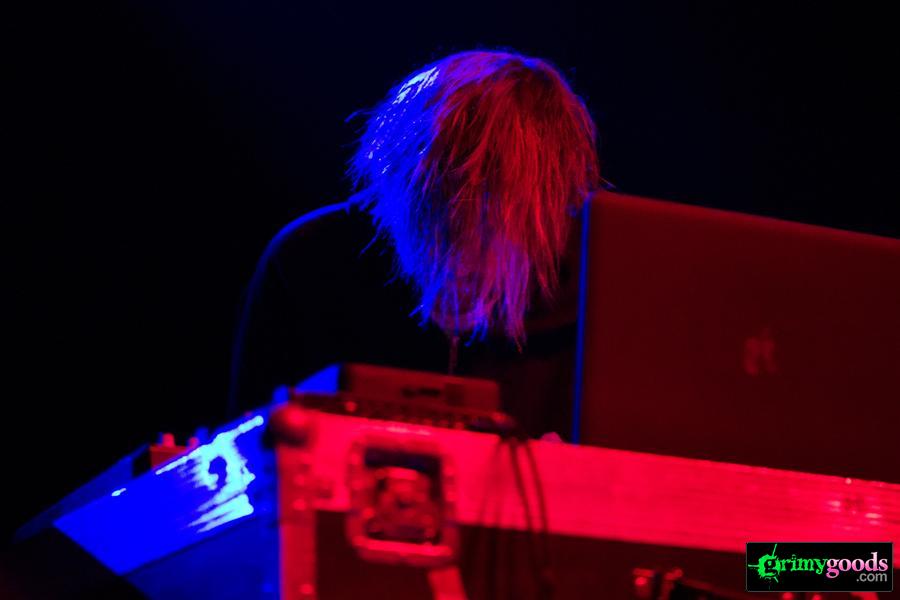