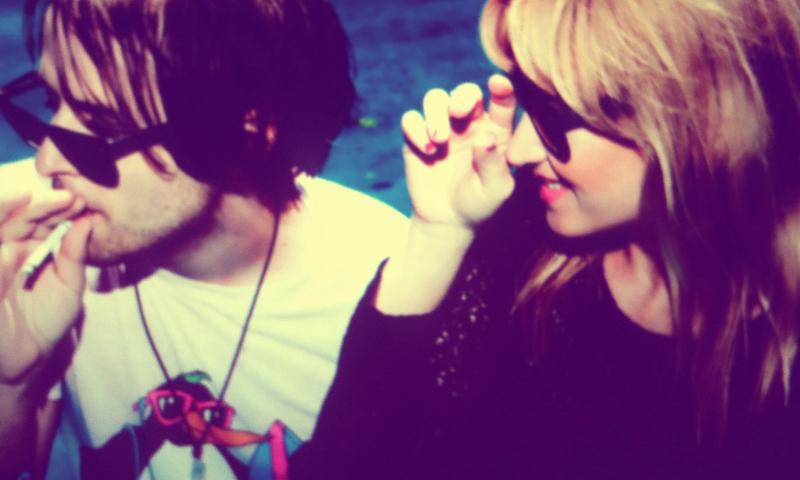 Glittering with all the sexy radiance of a budding electro pop duo, Magic Wands are more than just a young girl and boy who make sugary dance tunes. The duo composed of Chris and Dexy Valentine, now reside in Los Angeles by way of Nashville. These young bloods have managed to create an enchanting debut album that tip-toes across various striking genres. From the shoegaze haze you are left with after listening to title-track, “Aloha Moon,” to the edgy pop number (and their hit single) “Black Magic,” all the way to the dark industrial bass buzz of “Space – Dave Sardy” (see video below)—Magic Wands have produced a well-rounded selection of tracks with their debut full-length Aloha Moon. Indeed there is magic in their music; it is set to tantalize the mind, body and libido in the most pleasurable of ways.

Magic Wands sparked a musical buzz with their 2009 debut EP, Magic Love & Dreams. Their dreamy pop gems won them touring spots alongside The Kills, The Horrors, The Raconteurs, The Black Keys, as well as appearances at SXSW and Lollapalooza. We now find the Magic Wands getting out of their comfort zone with Aloha Moon. Their debut LP includes the infectious pop diddies “Black Magic,” “Teenage Love” and “Kiss Me Dead”—all from their critically praised EP. However, the Wands have matured in their sound in which they experiment with a more adult palette of enticement such as in the carnal “Warrior.” In this song you are taken through a mystical journey of lust accented by tribalesque beats. This song is very sexy and raw through its organic sounds and lyrical theme. And the beat goes on with the closing number, “Wolves.” Keeping the feral motif, the song takes you through a powerful climax of chiming guitars and pulsating drum rolls. However, the excitement comes to an abrupt halt as the song and thus entire album come to and end. The listener is then left with a WTF craving for more. Feeling a sense of loss, you have no choice but to repeat this stunning album again and again and again. You may have to keep repeating this process until these darlings deliver another set of tracks to satisfy your appetite for more musical magic a la Magic Wands.

Adding a more polished and broad sound to their already infectious melodies, we hope to hear the same with their live performance. Magic Wands have honed up to their touring chops and tonight Los Angeles will witness their stage show as they celebrate the release of their debut full-length, Aloha Moon at the Satellite in Silver Lake. Tickets are $8 via TicketFly and the show is 21-and-over. Magic Wands hit the stage at 11pm with supporting acts as followed: Antoine & The Hills 9pm, Blue Jungle 10pm, The Sister Ruby Band 12am 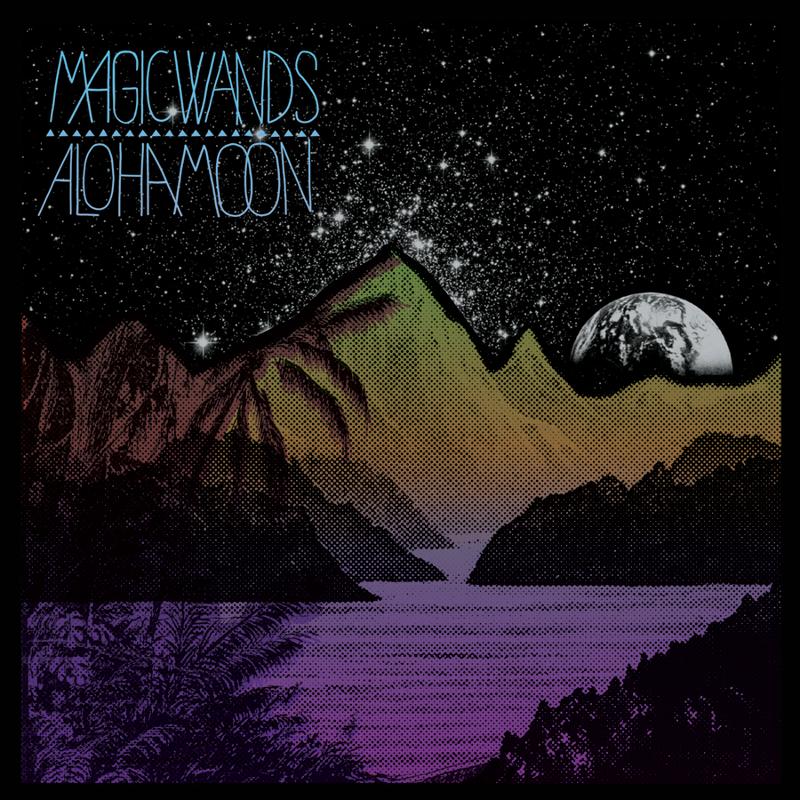