From the moment I received, Magic Wands’ new album, Aloha Moon, I was instantly hooked. So much, that I actually listened to the record about 30 times! The duo composed of Chris and Dexy Valentine, have managed to create an enchanting debut album that tip-toes across various striking genres. From the shoegaze haze you are left with after listening to title-track, “Aloha Moon,” to the edgy pop number (and their hit single) “Black Magic,” all the way to the dark industrial bass buzz of “Space – Dave Sardy”—Magic Wands have proven to be capable of creating  a memorable selection of well-rounded tracks that tantalize the mind, body and libido. But does their live performance live up to their polished album?

Opening up with all the weirdness and mystique you would find in the early days of the Sunset Strip, Magic Wands were tastefully obscure as guitarist, Chris had his face concealed with a psychedelic scarf draped around his head while font-woman, Dexy was sporting her retro shades. Opening up with a go-go dancing femme extraterrestrial (possibly from Venus), Magic Wands also added to their eccentric ambiance with smoke machines. As soon as the adorable “Teenage Love” came into play, Dexy shined like a young Debbie Harry especially when she started bustin’ her sultry brief verse of spoken-word. Bringing forth an unexpected treat, Dexy pulled our her harmonica for a blues-esque intro to the tripped-out I-wanna-take-some-LSD track, “Treasure.” Fans as well as myself seemed to enjoy her brief harmonica skills. Going into the flirty song, “Kiss Me Dead” (not to be confused with Generation X’s “Kiss Me Deadly”), the live performance of this song wasn’t up to par with the recording. Unfortunately, the bass and reverb flooded out Dexi’s vocals. You could barely make out what she was saying. Regardless, the drunken hippies and hipster swayed on, shining on like the crazy diamonds that they are.

Altogether, Magic Wands put on a pretty cool performance. I wasn’t too surprised the crowd was a bit thin considering it was a post-Coachella show. That didn’t stop their label, Bright Antenna, from styling them out with a tasty celebratory cake that they generously shared with the crowd. Hopefully the next time we see the Magic Wands live, there will be more fans to dance along with to their sexy riffs. It also wouldn’t hurt if the Magic Wands owned up a bit more of a stage presence to engage new fans 100 percent. 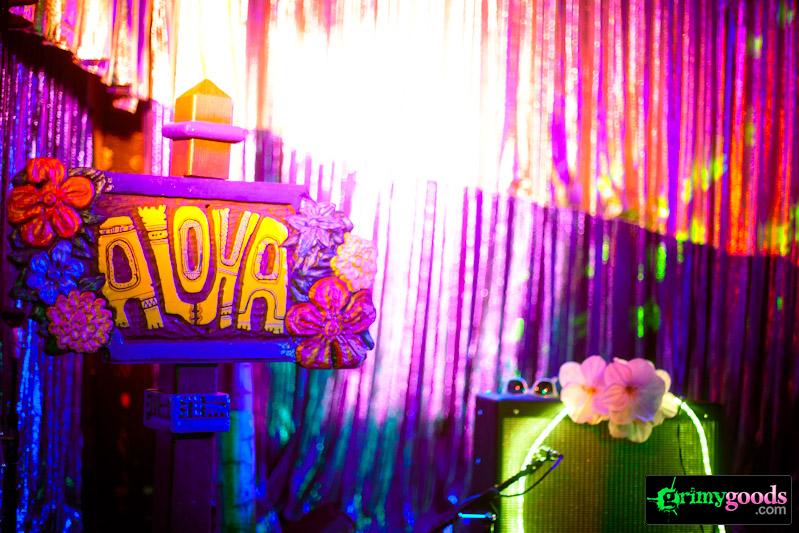