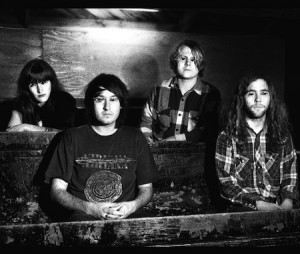 Ty Segall is a man of ferocious talent.  By now his story has been well-documented in this hyperlinked world of tabloid blogs and file-sharing music hoarders.  Chuck Norris, Tupac and a big box of fuzz pedals couldn’t have made a baby more prolific, more outrageously feral than this young man.  Slaughterhouse is the second of his three full-length releases this year and it slays with the unconscionable blood thirst of Patrick Bateman’s chainsaw.

If anyone thought Mr. Segall was going senile on them with last year’s relatively mellow, Goodbye Bread, they need only to listen to opening track “Death” and maybe grab some earplugs.  Nearly a minute of skull-crushing feedback pass before Segall declares himself king in a spaced out death drone.  “I Bought My Eyes” is another marvelous balance of teetering feedback, melodic shredding and head-banging cymbal crashes.  Title track “Slaughterhouse” is a less than two minute explosion of howls and distortion that sounds more like Lemons/Goner-era Segall.

Slaughterhouse is Segall’s first record as the Ty Segall Band and he is privileged to work with such talented musicians who have played as a group long enough to really capture the intensity of the live show in a recording studio.  “Wave Goodbye” is the standout single because it highlights bassist Mikal Cronin (a successful solo artist in his own right), Emily Rose Epstein’s drumming precision and Charlie Moothart’s dueling guitar.  The group plays with an intensity and exactitude that straddles the line of implosion and control so unpredictably that it can’t be calculated.

Segall has long had an affinity for experimental psych-blues god Don Dan Vliet and he does his best guttural Captain Beefheart on “That’s The Bag I’m In” before breaking into an all-out scream as the song growls into the next track.  “Diddy Wah Diddy” is probably a Bo Diddley cover as done by Beefheart (who also covered it along with the Sonics) but the vocals really are at times indecipherable.  Either way it’s a killer track that matches up to the savageness of any early Reatards record.

“Fuzz War” is the epic 10-minute finale that could’ve been used to score Prometheus or just about any horror movie torture scene.  It’s “Interstellar Overdrive” on bath salts, doom-sludge-space-metal for necromancers.  Segall said he wanted to really ruffle some feathers with this one and he has definitely succeeded.  From Hawkwind to the Stooges and every fuzzy place between, Slaughterhouse is not for the faint of ear.  And to be fair, no Ty Segall record ever has been. 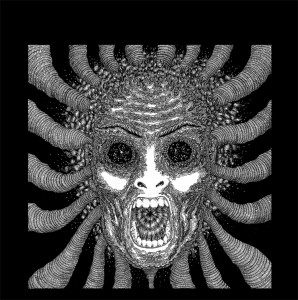