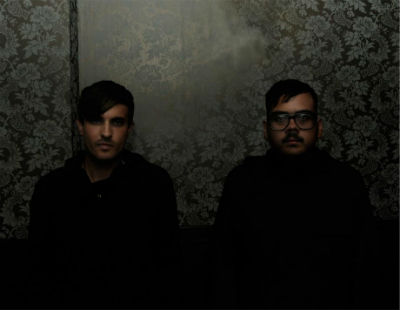 From the rubble of the now disbanded, New England experimental rock band, Apse, core members Robert Toher and Austin Stawiarz have regrouped and transformed into the new Brooklyn based quartet Eraas, a group with simpler but more carefully crafted sounds.  Eraas’ self-titled debut, released on Felte on October 2, 2012, plunges straight into the sonic depths of dark atmospherics – an eerie but enthralling eleven songs, a well-timed soundtrack for the upcoming Fall/Winter seasonal transitions and changes.  It may not be all sunshine and love but that doesn’t make it a bad thing.

The album starts off with cinematic intro “Black House” which incorporates rustling winds and slowly-drawn string instrumentation that rides right into pressing bass and driving, motorik beats,  rendering “A Presence” a stand out.  And while I can’t seem to make out any of the lyrics, the low vocals here serve as their own mysterious instrument, filling in atmospheric space rather than imparting any specific wisdom or tales.  Already, I’m starting to feel that if Neu! and Tangerine Dream had a lovechild it might resemble Eraas.

The first three singles off the album “Fang,” “Briar Path” and “At Heart” easily captivate.  Finger snaps and swollen bass find an instant groove on “Fang” – a dark wave dance pleaser (goth clubs take note).  The lyrics are minimal and lean towards a gloomy world of regrets; “When you find yourself without a family, you’ll wonder what you did with your time, your time,” yet they teeter playfully against the beat. It’s hard not to immediately dig this track but it ends way too soon in less than three minutes.  The vocals come off more shrill and processed in “Briar Path” and “At Heart” but they rise and fall in all the right places, against a strong backbone of deep bass grooves and tribal drums.

The singles seem to fare as the catchiest and most accessible tunes on the album, but there’s an enchanting curiosity that is sparked with the slower tunes too – Eraas’ tribal drone is not a snoozefest.  From the slow-rolling textural tones of “Moon” to the haunting call of “Crosscut, while not my favorite tracks and not the most instantly gratifying, they show me that the Eraas listening experience isn’t as simple as it may seem.  Each time I go back and listen to those songs I pick up on another noise here and an elusive effect there, musical secrets to unlock, and the idea of always having something new to discover within an album is indeed satisfying.  I look forward to seeing where the band takes it from here and what hidden gems may spring from the darkness of their debut. 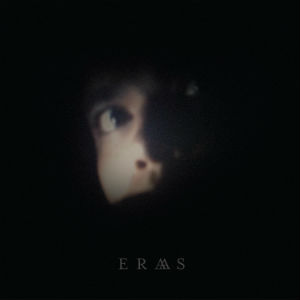