After listening to Crushed Out’s debut full-length record, Want To Give, released Nov. 6 via Clear Water Records — I was instantly hooked. The month prior to their Satellite show, I probably listened to their album about 100 times. It’s catchy with hokey harmonies that quickly roll into high energy garage-punk riffs with a touch of groovy surf rock. The male/female duo comprised of the candid Frank Hoier (guitar/vox) and the spicy drum vixen, Moselle Spiller hail from Brooklyn (although Frank is originally form Los Angeles) and were formerly known as Boom Chick. The duo performed to a small crowd at the Satellite this past Friday where everyone seemed thoroughly impressed with Crushed Out’s amazing talents. Like the early Black Keys, although just a two-person band — Crushed Out have the roar of a five-piece ensemble.

Hoier’s almost falsetto-like vocals reach out to you and beg you to sing-along. His voice is pleasurably inviting and seem to hit howling levels as he makes his selection of magical guitars wail. From slide to punk chords — Hoeir knows how to work those chords masterfully. Towards the end of their performance he broke a string on his hollow body and still proceeded to get down on his knees, lay the guitar down and perform some epic slide.

Songs such as the title track, “Want to Give” have that honkey tonk-feel while more punk-infused numbers like “Temper Tantrum” will have you banging your head as though you were at Max’s Kansas City watching early Iggy Pop and New York Dolls shows. Crushed Out’s vibe is classic and built to make you move. Spiller is a fireball behind her drum kit. Between surfing her bass drum, crashing those cymbals and howling like a feral cat in heat — she becomes an intoxicating force to be reckoned with. It’s hard to take your eyes off this pretty little badass. She goes off in the WD-40 inspired song, “Shake Can Well.” Just like the product, the song lubricates and penetrates your aural orifices to pleasurable garage punk perfection.

Crushed Out are a pure adrenaline rush with loads of charming stage candor. Be sure not to miss them the next time hey hit Los Angeles — this duo has a bright future ahead of them. You can purchase their new album, Want To Give by clicking here.

Check out our photo gallery of Crushed Out below. Supporting Crushed Out were the fun sizable L.A. ensemble, Jail Weddings. We also snapped some photos of their performance. Check out all the photos below! 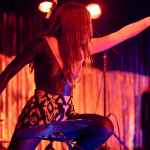 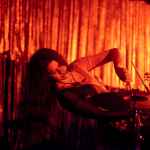 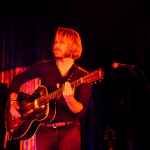 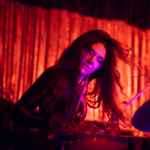 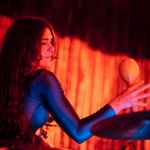 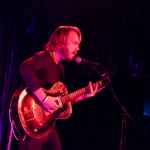 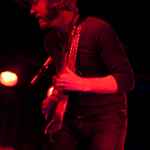 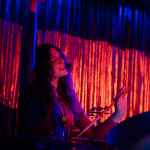 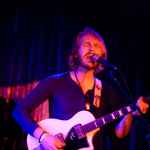 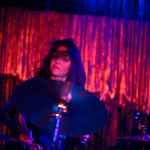 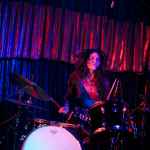 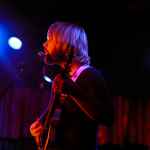 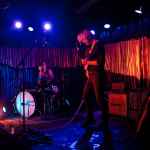 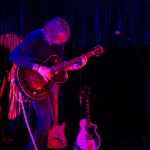 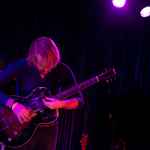 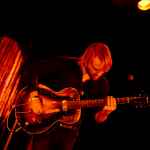 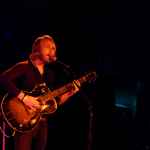 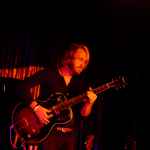 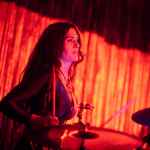 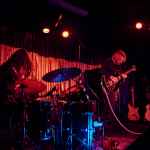