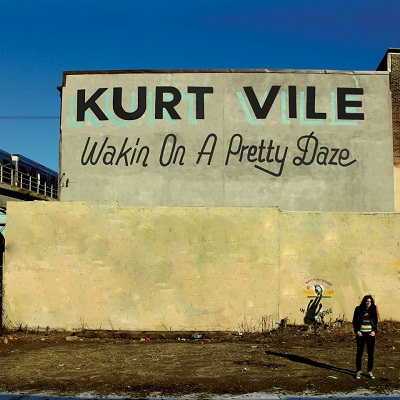 Guitarist, singer-songwriter Kurt Vile will be performing at The Echoplex on Tuesday, May 7. Formed in Philadelphia, Vile first debuted a solo album in 2008, Childish Prodigy, while at the same time collaborating with The War On Drugs. Since 2011 Vile has since been capturing listeners’ attention with his fourth album, Smoke Ring for My Halo, reaching the charts on the Billboard Top 200. Just last month he released his fifth album, Wakin on a Pretty Daze, his best work yet! Catch the show to hear some new tracks as well as some of his classics. Supporting acts will include The Fresh & Onlys and Steve Gunn.

Tickets to the show are $17 – $19, doors open at 8PM, and the event is 18 and over. But guess what, tickets are already SOLD OUT and there are a limited amount available at the door. So you can take your chances to win a FREE pair of tickets by entering the contest below, courtesy of Grimy Goods and the Echoplex.

First make sure you’re following Grimy Goods on Twitter here and/or “like” our Facebook page here. Next, email ggcontests@gmail.com with your full name for guest list and a clever reason why you want a pair of tickets to Kurt Vile and the Violators at the Echoplex. When you’re done with your email, send us a Tweet so we know you entered the contest or you can post on our Facebook wall. We’ll select a winner that has done all of the above mentioned. Winners will be announced via email, Facebook and Twitter on Sunday, May 5. Winners will have until 10am Monday, May 6 to reply back to our email and confirm their win.

FACEBOOK: Just leave a comment on our wall letting us know you entered our contest for tickets to Kurt Vile and the Violators at the Echoplex.

For more cool shows coming up at the Echo/Echoplex click here here. To enter other Grimy Goods contests, click here.