For those of you music lovers that travel a lot, whether it be for work or leisure — unfortunately, there isn’t a Grimy Goods show list in every city (at least not yet). It’s probably difficult to find a great show in unfamiliar cities, especially if it’s a lesser known city. The past couple months we’ve been tinkering around with this sleek new concert app called Timbre. Not gonna lie, this app needs to be in every live music lovers iPhone (or whatever phone you may have).

Timbre has been featured in TIME magazine as well as the New York Times to name a few. It has a pretty rad location-based technology that pulls up the concerts happening near you. And this doesn’t just include major headlining Ticketmaster shows. What attracted us to Timbre were their listings of lesser known bands at underground venues such as the Smell and other smaller spaces. Not to mention, once you click on a show, the app starts playing the featured band’s music right away! You can buy tickets directly from the app, add it to your calendar, map the location, and use so many other useful functions. And it’s totally user-friendly! You should check out Timbre for yourself by clicking here.

This week Timbre has chosen Grimy Goods as their featured music blog. We teamed up with Timbre and gave them a list of our top Los Angeles shows this week as well as some giveaways. You can read the feature they wrote about Grimy Goods and view our top show picks by clicking here! 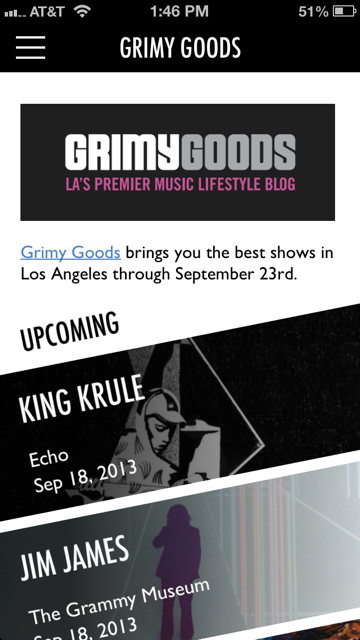 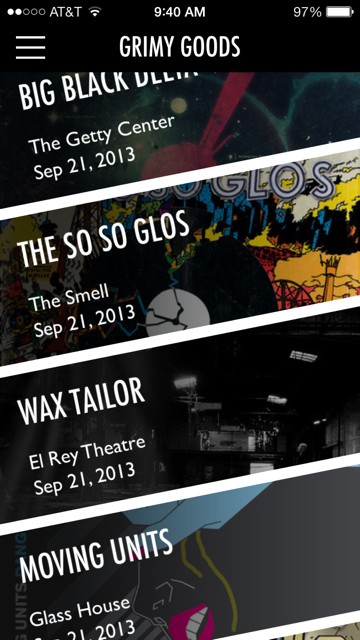 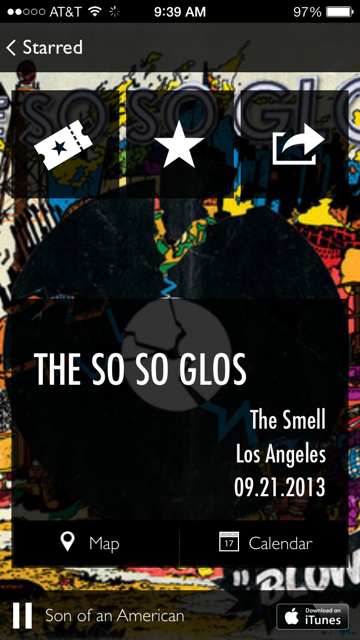 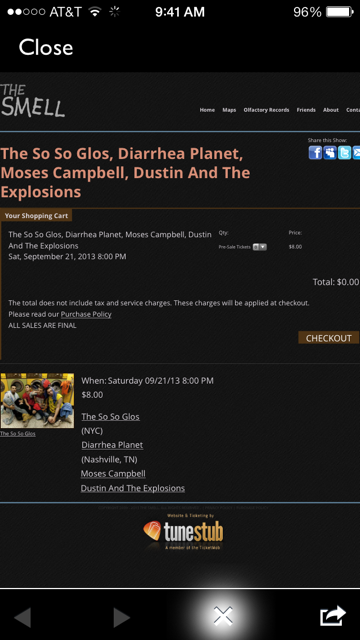