Rodrigo Sanchez and Gabriela Quintero, best known as Rodrigo y Gabriela, put on an smoldering performance last night at The Hollywood Palladium. With healthy lines going around the block of the Palladium, eager fans excitedly waited hours ahead of set time just to grab the perfect spot.

From the moment Rodrigo y Gabriela set their feet on the stage their vibrant energy swallowed the crowd whole. The Mexican acoustic guitar duo performed so quick that there was no time for “oooohs and ahhhhs”, it was pure excitement waiting for them to drop the next bomb. With 12 strings, 20 powerful fingers reached exhilarating peaks of emotion with no need of extra musicians as back up. Ro y Gab could seamlessly handle it all on their own, and it was utter guitar perfection.

The duo can often be confused as flamenco performers, however, their styles range from metal to rock and anything under the beautiful umbrella of music. Rodrigo’s fiery lead with Gabriela’s rhythmic battery brought an excessively hot stage presence that had the audience melting the entire show.

It wasn’t always like this though; Rodrigo y Gabriela have been playing together for more than 15 years. They met in Mexico and moved to Dublin to play on the streets. They are a solid example of talent and hard work that will take you places if you really persevere.

Ro y Gab performed songs off their debut album re-Foc, as well as a great sampling of music from their new album, 9 Dead Alive which was just released on April 28th via Ato Redords. Tantalizing fans even more, Rodrigo y Gabriela playfully teased the crowd with intros of timeless classics such as Zeppelin’s “Stairway to Heaven”, “Plush” by Stone Temple Pilots and they even got the crowd to sing-along to Radiohead’s “Creep”. The concert was spectacular and will definitely go on our best concerts of 2014 list.

Check out the photos of Rodrigo y Gabriela at the Hollywood Palladium!

For more photos of Rodrigo y Gabriela, check out the photo gallery below! 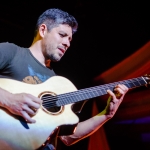 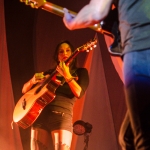 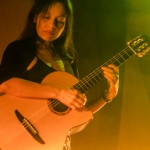 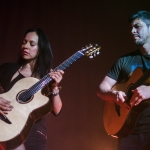 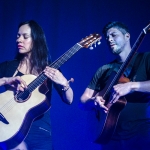 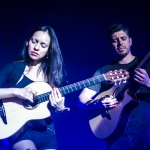 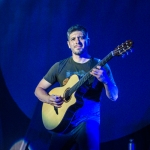 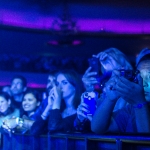 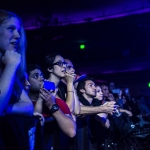 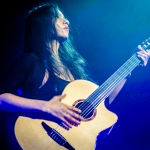 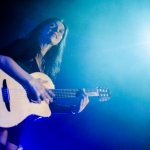 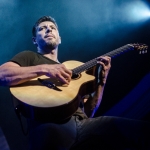 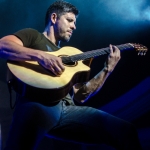