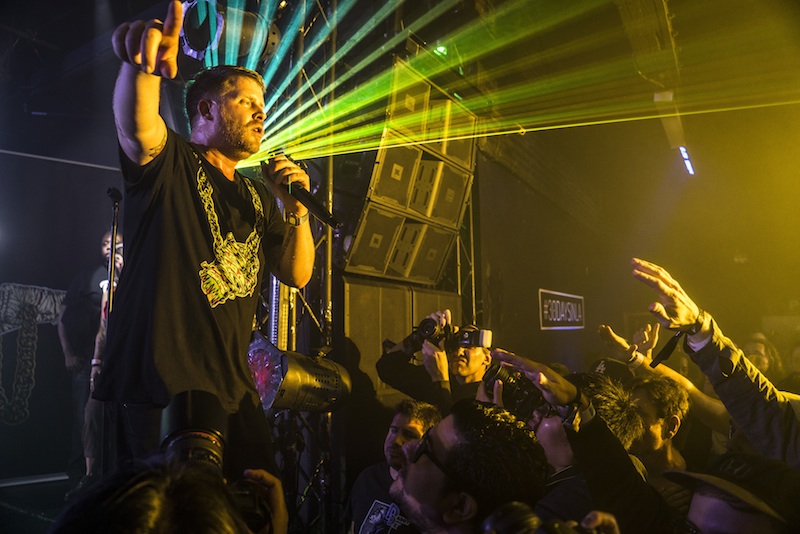 Can we get Adult Swim to make a Run The Jewels cartoon series? If RTJ can crowdfund a Meow The Jewels remix album, then surely the Internet can petition for a mini-series of the duo. We are living in a time where a spacecraft can land on Kim K’s comet and you are telling me the world isn’t ready for an RTJ show?! At least give them a cameo on Archer or something. FX, get at me.

Run The Jewels are the greatest wrestling tag team that never was (episode idea). Their back and forth attack should make Kanye and Jay worried about the Throne (episode idea). They could take on a platoon of ISIS militants in tanks on mars (episode… you get the point).

The total dominance Killer Mike and El-P displayed at the Echoplex last night is just another indication that there are few things these two can’t do right now. As if coming out to Queen’s “We Are The Champions” wasn’t enough, Mike reiterated, “Not since the riots of ’92 have you seen this shit! We gonna burn this place to the ground!” Spoiler: they did. 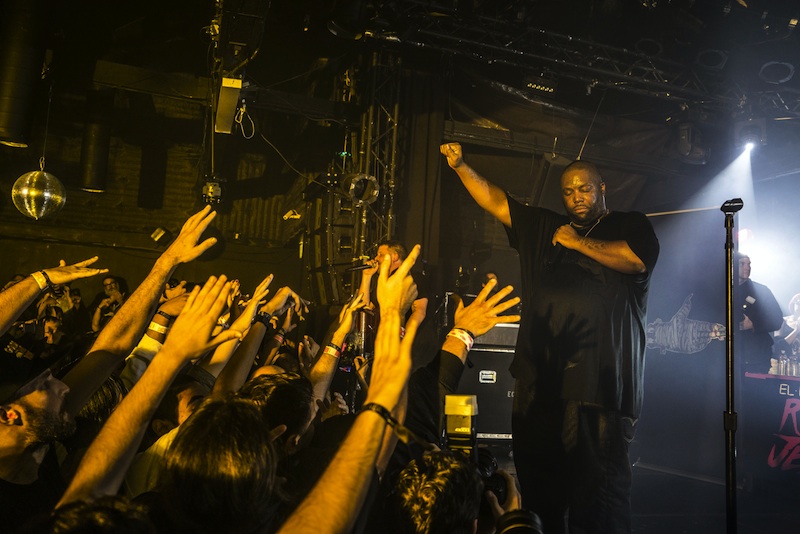 The crowd lost it on nearly every track, the heaviest energy coming out when the two played newer cuts from their AOTY Candidate RTJ2. It has been too long since a rap album has come out with as much creative precision as RTJ2. 2014 specifically has been a slow year for rap, but these two created a work of art that had them squaring off against Taylor Swift! Tell me that isn’t one hell of an underdog to root for.

As an event, an RTJ show is one of the only occasions that you’ll hear hundreds screaming, “Lie, cheat, steal, kill, win! Everybody’s doin’ it!” It is the only place where the lyrics, “She want this dick in her mouth all day!” can be challenged by the opposing, “He want this clit in his mouth all day!” and feel like a perfect schoolyard encapsulation of misogyny and misandry to the point of a unified understanding of gender equality. 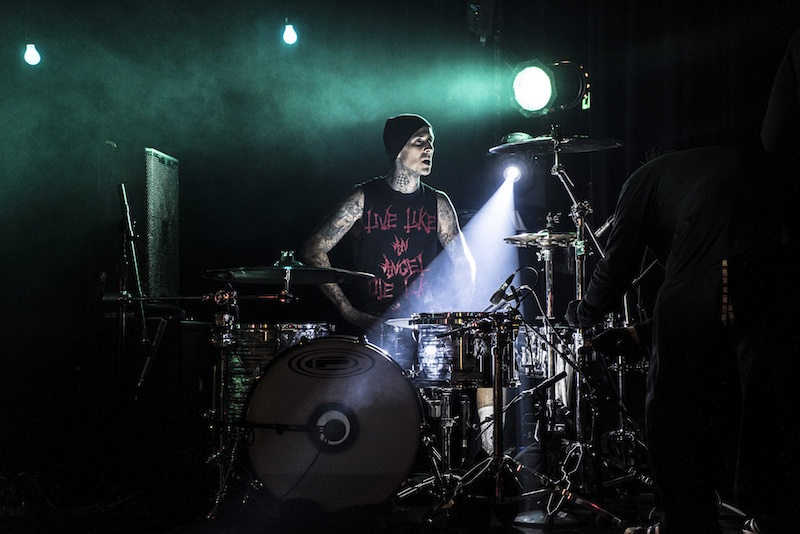 And yes, both Travis Barker and Zach de la Rocha made an appearance to nuke whatever landscape the duo hadn’t already destroyed. Yes, it was crazy. Yes, they are awesome. But all I could think is, “Seriously, this shit writes itself.”

Case in point, do yourself a favor and catch Run The Jewels on tour this year. If for nothing else take it from El-P, “Here, tonight, y’all got an invisible 30 inch gold chain dangling from your neck. No one can tell you what to do!”