It wasn’t enough that Ryan Adams produced Jenny Lewis’ career-defining album The Voyager released earlier this year. Adams went ahead and brought Lewis on tour with him — and the magic that was made in the studio translated to the stage Thursday night at the Fox Theater in Pomona.

Lewis took the stage first and started her set the way she usually does with the last single from her days as the frontwoman of Rilo Kiley, singing “Silver Lining” to the awe of the crowd. Lewis was wearing her signature white blazer emblazoned in rainbow colors that graces the cover of her critically-acclaimed 2014 album that was produced at Adams’ Pax-Am studios.

Adams came and joined Lewis on stage for a couple of the songs that he produced and played guitar. Adams didn’t draw any attention to himself, except when it came time to rip through a nice little solo. Adams would save much of his charisma for his headlining set.

Lewis was her usual great self, though the crowd was a bit subdued (except for the obnoxious girls from Orange County behind me that couldn’t keep quiet and offered commentary throughout the set). It wouldn’t be the last we saw — or heard — of Lewis that night.

Adams came out to much applause and showed why he’s one of the most heralded rock stars today. Adams blends the best parts of the best rock bands. Some of his stuff sounded very vintage Bruce Springsteen, while a couple of the slower jams sounded straight out of The Eagles’ playbook. The American flag with the peace sign behind him fit the sound of his set pretty clearly.

Adams kept a sense of humor throughout the show, which was a welcome relief considering I’ve heard in the past how he’s clashed with the crowd. Adams asked a fan to turn their flash off as he has Meniere’s disease, something that has affected him on stage in the past.

Speaking of being a throwback to rock ‘n’ roll greats — how few people can pull off a harmonica outro? Adams did his best Tom Petty and managed to make it work midway through his set, and it got the crowd’s full appreciation.

Adams threw in one true cover that night, showing admiration for his opener Jenny Lewis. Adams played “She’s Not Me” off her album, a song he produced. It was an extremely beautiful rendition of the song and one of the few moments the crowd was completely silent before erupting into applause.

Midway through his set, a member of the crowd yelled “Take the boat!” to which Adams said, “Take the boat?” Adams then proceeded to make up a song on the spot that had “take the boat” featured throughout, and it was extremely well done and had people busting up laughing. Adams made it even funnier when the closing verse featured a line along the realm of “Before the show tonight, I got legally high,” before giving one more “take the boat” chorus.

Adams was very engaging with the crowd, though they often took it too far at times and shouted unnecessarily. People shouted song requests, something which Adams has had difficulty dealing with in the past, but on this night he used his sense of humor to combat it.

Adams would bring Lewis out on a couple songs late in the set. First, Lewis joined him to sing the chorus on his James Taylor-sounding jam “Oh, My Sweet Carolina,” which was one of the show’s many highlights. Lewis was not in her signature blazer and was instead in an all-black number. Lewis would come out for the final encore song “Come Pick Me Up,” and closed the show on a high note.

It’s clear that Adams and Lewis have chemistry more than just in the studio. Fans who attend the few remaining shows featuring the both of them are in for a treat as it is clear they’ll be appearing in each other’s sets. Hopefully, this isn’t the last tour we see these two working together. 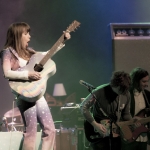 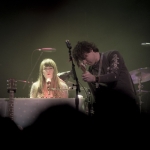 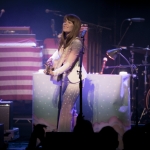 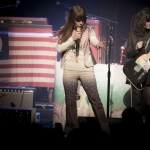 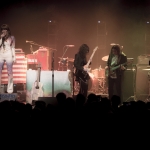 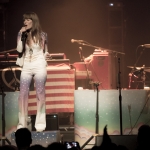 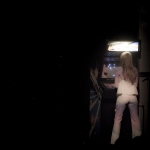 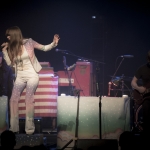 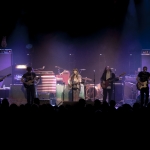 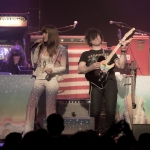 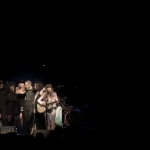 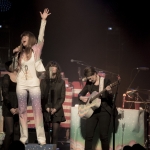 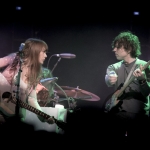 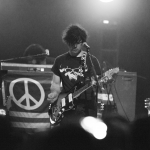 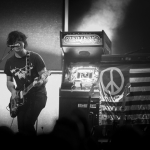 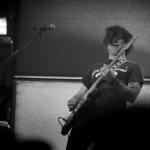 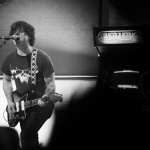 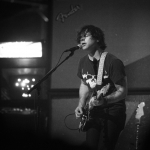 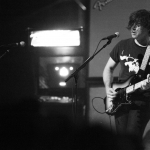 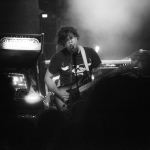