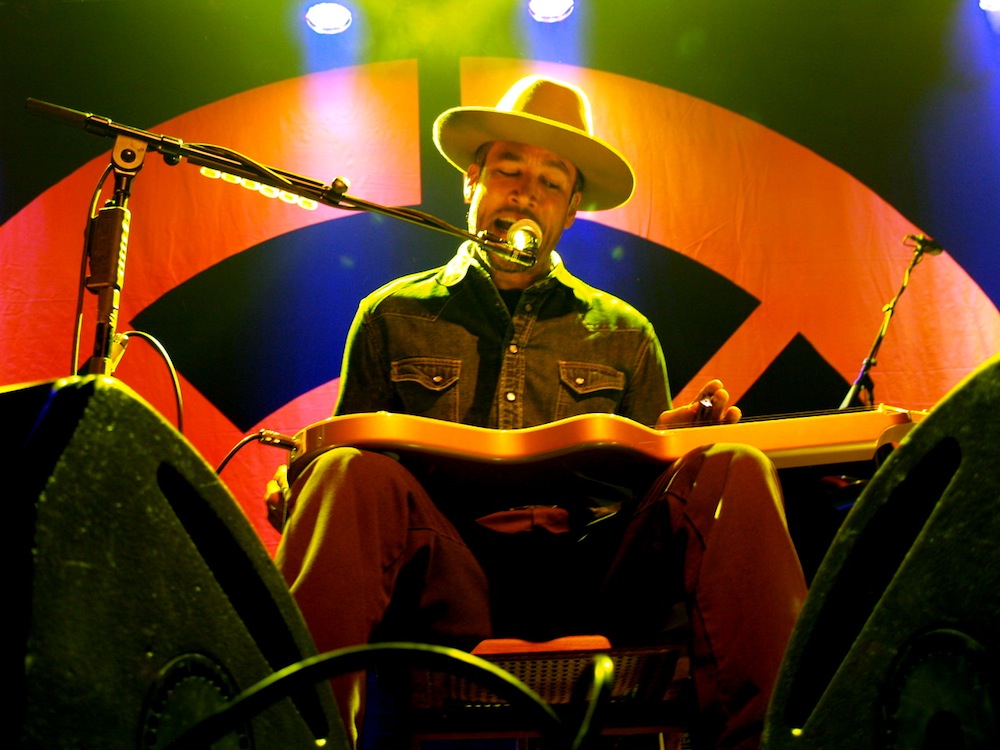 Ben Harper had not performed with The Innocent Criminals since 2008. On Wednesday, they proved they hadn’t lost a step — nor had their fan base forgotten about them — at the first of four straight nights at The Fillmore in San Francisco.

Many would suggest that Harper’s best work came while working with the Innocent Criminals in the 90s and into the early part of the 2000s. Playing crowd favorites from their back catalog, the sold out crowd couldn’t contain their excitement in between songs, often erupting in loud ovations that had Harper and his band humbled by their appreciation.

Beginning with “Oppression” and “Ground On Down” from 1994’s Fight for Your Mind, Harper and his crew played songs from their entire back catalog together. Harper proved why he is one of music’s most dynamic musicians, alternating from playing acoustic to electric to slide guitar from song to song.

The crowd at this gig was as diverse as they come. Harper’s music has always appealed to people of all ages and creeds — even despite the fact he’s gone most of his career without much radio airplay.

“I should’ve been gone a long time ago,” Harper said after a long ovation, before saying the fans have kept his music alive and well.

Though there was evidence here and there that the layoff had people a bit rusty, it was all smiles on stage between Ben and bassist Juan Nelson, percussionist Leon Mobley, guitarist Michael Ward, drummer Oliver Charles, and keyboardist Jason Yates.

Nelson’s presence was especially missed. His sick bass lines were the backbone of many of Harper’s more rock-heavy jams. Whenever he took a solo on a particular song, the crowd lapped up every second. There’s a reason why when Harper ripped his button-up off, he had a shirt emblazoned with Nelson’s face. Mobley is a beast on percussion, at one point running from his spot hitting an apple box over to his drum setup to slap on them — and then running back to hit the apple box.

“When I wrote this song, weed was still illegal, that’s how long ago this was,” Harper said as he began “Burn One Down.” Nearly every person in the crowd pulled out a joint or a pipe at this moment — this is San Francisco — “Someone here seems to be burning one down,” Harper sang during the chorus, changing the words on the fly.

Even with singalong upbeat favorites like “Diamonds on the Inside” and “Brown Eyed Blues,” the night’s most powerful moments came in the form of an old church hymn “Where Could I Go But to the Lord,” which Harper sang off mic. If this was what church was actually like, I would have definitely gone more than a couple times

Another poignant moment came when Harper and his band did “Like a King.”

“Well Martin’s dream has become Rodney’s worst nightmare,” begins the track about police brutality — which now can take on new meaning given Ferguson and numerous other acts of the police misusing their power against minorities. The song transitioned into Harper singing Maya Angelou’s powerful poem “Still I Rise” into the receiver of his guitar. 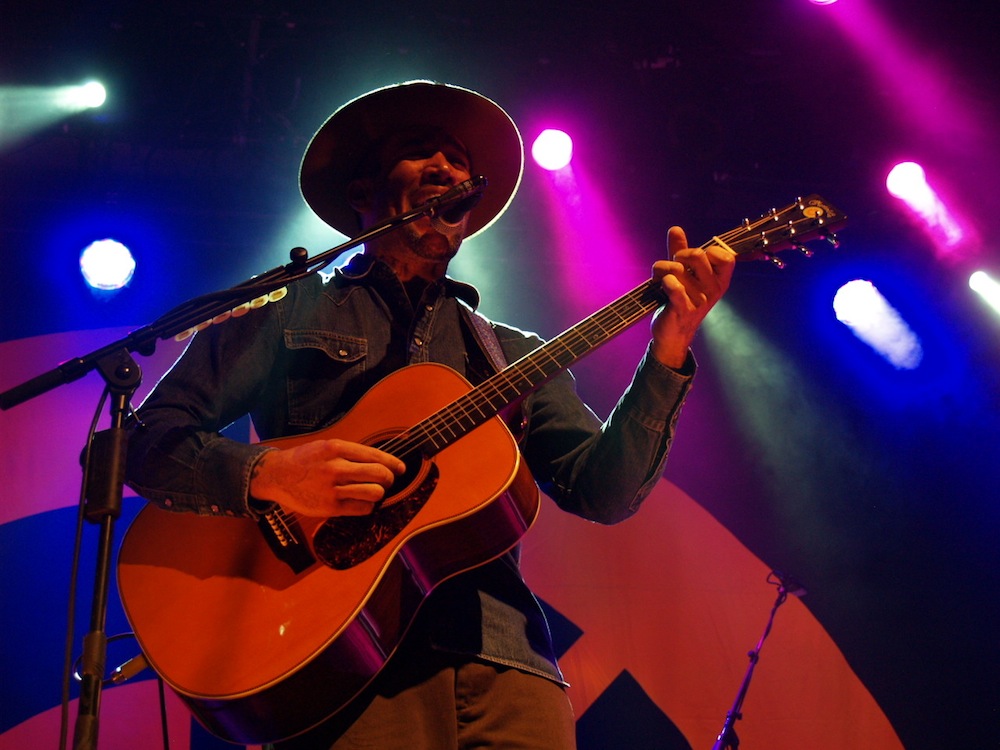 That brought an end to the show before Harper emerged for the encore. After playing a beautiful instrumental on the slide guitar, Harper thanked everyone for their appreciation and talked about how The Fillmore is more like a temple than a concert venue. He wasn’t wrong.

The band rejoined Harper on stage for a few more, including “Amen Omen,” which featured Harper shouting “I put your world into my veins” over and over with the kind of passion that answers the question to why people care so much for his music. After closing with “Forgiven” and “Better Way,” the crowd was sad to see the nearly two-and-a-half hour set come to a close. With the three remaining nights also sold out, one would bet many of those who took in Wednesday night’s show are hounding Craigslist at another opportunity to see Ben and the Innocent Criminals rock The Fillmore.

Ben and his band will be at The Greek Theatre in LA on Sept. 9 and will be playing the festival circuit heavily in 2015. Don’t miss them.