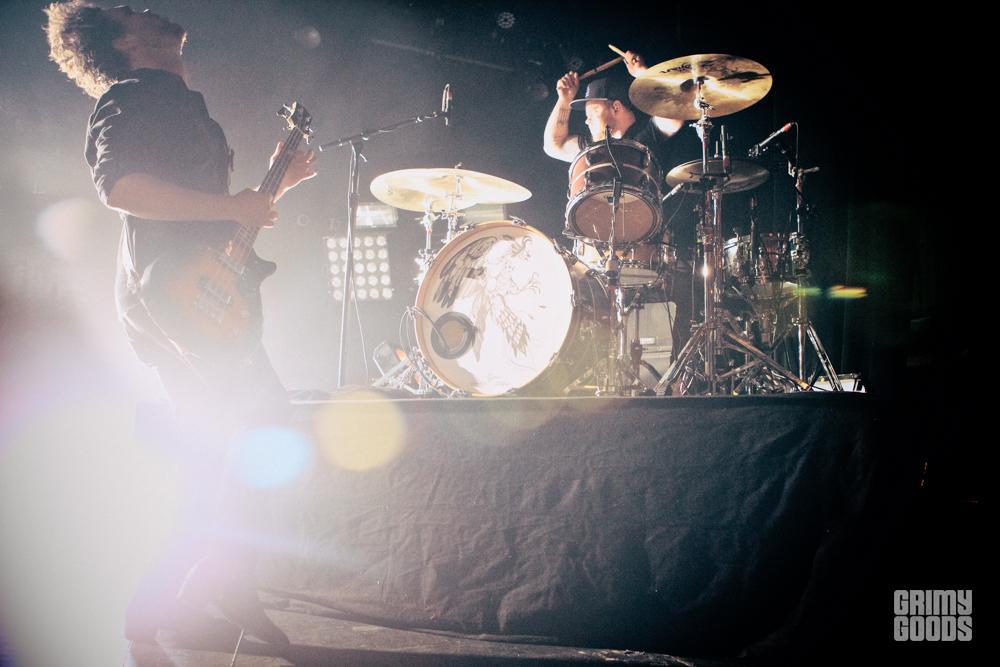 Still feeling the effects of Coachella myself, the duo of Mike Kerr and Ben Thatcher shook me out of the funk that comes with three long days in the desert. By midway through their set, I wished I was up in the pit section where a bunch of younger people were getting a pretty good mosh going.

It’s incredible how full of a sound can come from just a bass guitar (Mike Kerr) and drums (Ben Thatcher). It’s also crazy to realize they’ve been a band for only about two years, because their crowd at the Fonda was pretty sizable. I guess that’s what happens when a band like Arctic Monkeys throws support behind you from the gate.

“Come on motherf*ckas!” shouted Kerr following the first verse of “Figure It Out” early in the setlist, to which the crowd threw their hands in the air and shouted.

That they’ve had so much hype so early in their careers doesn’t seem to be wearing on the band, who will be opening for the Foo Fighters on an upcoming tour. There is no doubt that the depth of their sound will fill those larger arenas with the Foos quite nicely.

The grit of these two as they ripped through their 12-song set was impressive to witness. Set-closing “Out of the Black” had people whipping their hair and jostling with people in excitement.

By the end of the show, I saw one guy who had probably crowd-surfed earlier in the set looking around the floor for his shoes. Somehow, he had lost both of them. Still, he did so with a smile on his face. That level of happiness was matched by those who made it through the Fonda Theatre’s doors with both shoes still on their feet, happy to kick off their work week with a stellar show.

Opening up for Royal Blood was The Growl. All the way from Australia, The Growl (aka Cameron Avery of Tame Impala and POND) was quite impressive. With and experimental blues and folk vibe, he reminded us a lot of Dan Auerbach. But a lot more, grimy, and a lot more weird. Performing without his band, Avery did a great job of holding his own, exuding those gritty howls and psychedelic blues feels. Hoping to hear more from The Growl, real soon. 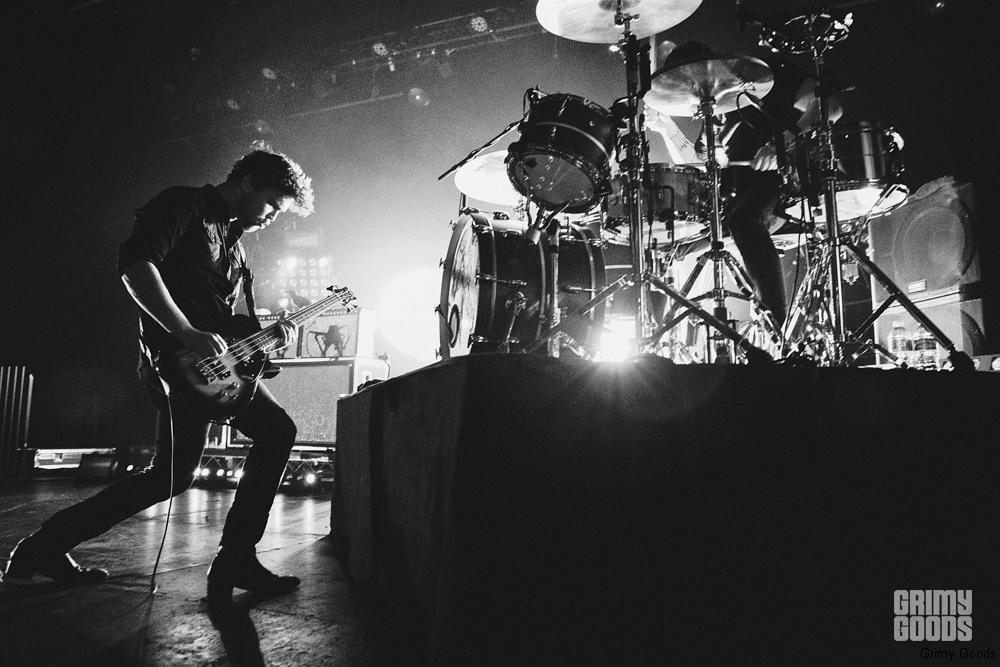 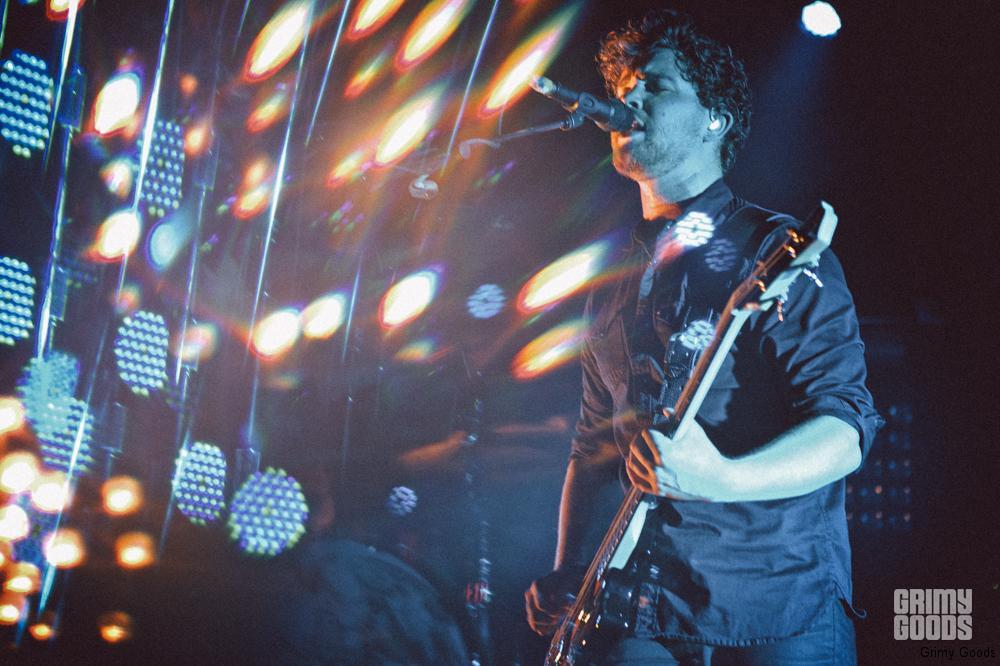 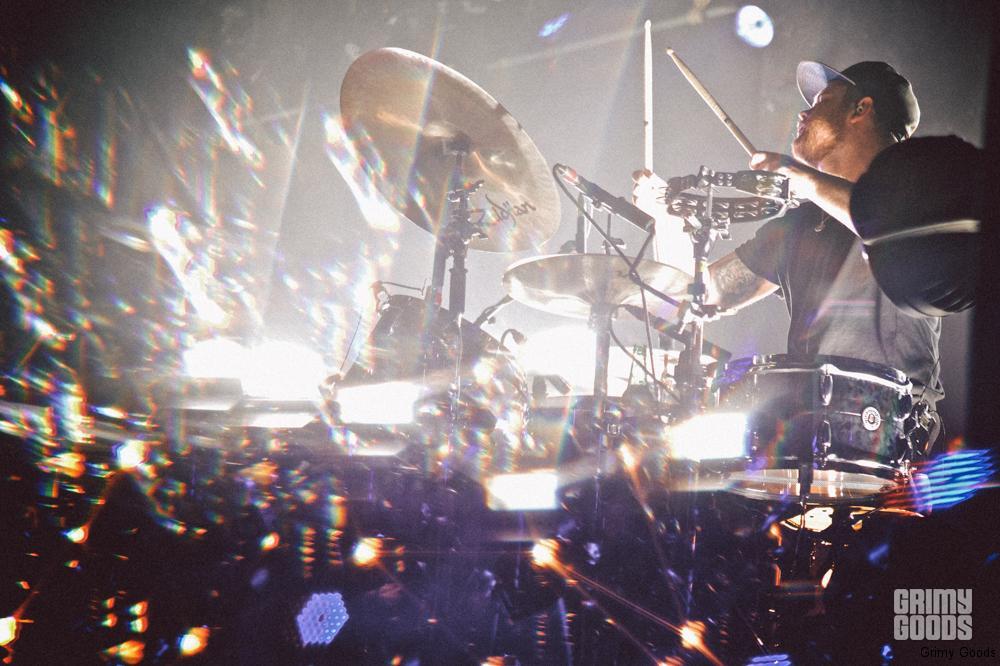 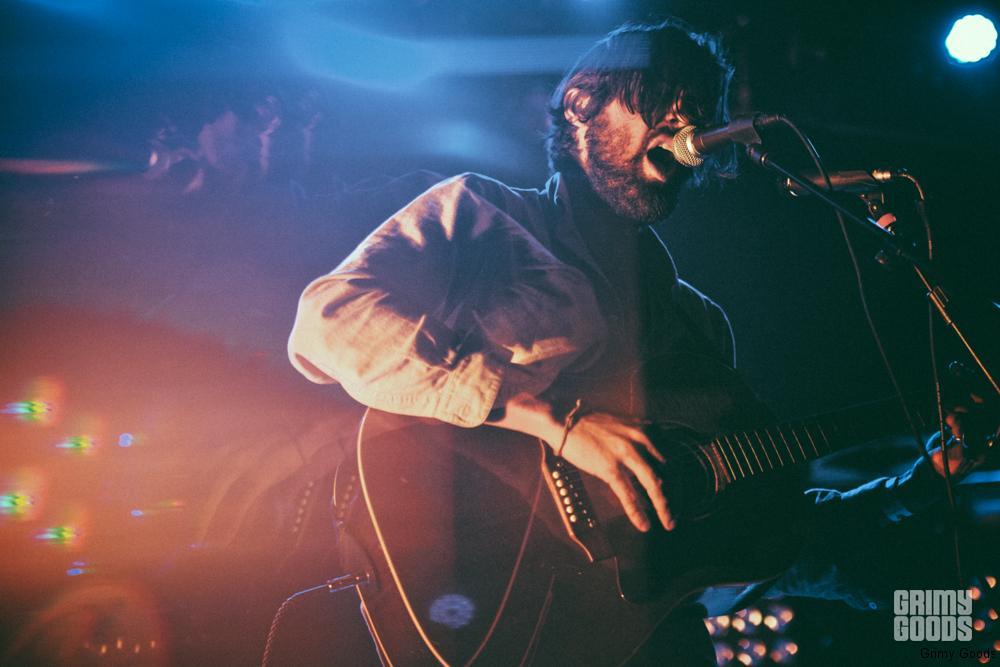 Photos: Royal Blood at the Roxy: an impenetrable force to be reckoned with

An Interview with POND: the enormity of outerspace, whiskey and jokes

Listen to Royal Blood below.

Listen to The Growl below.