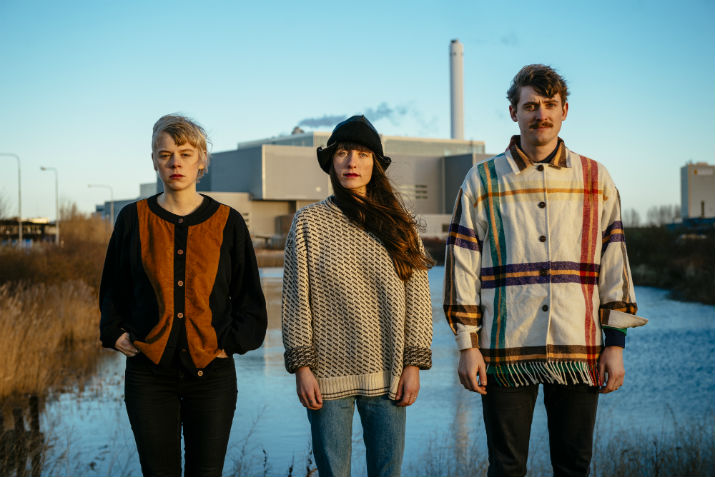 Swedish experimental pop trio, Hey Elbow just released their debut album, Every Other, and it’s been running through the Grimy Goods speakers non-stop. With a unique marriage of ethereal sounds and distortion, Hey Elbow’s eccentric blend of music makes for quite an exquisite debut.

The group took its curious name from an aerobics warm-up exercise they were introduced to during a live concert by The Knife. But that’s not all that curious about them. The trio comprised of Julia Ringdahl (vocals/guitar), Ellen Petersson (horns/electronics) and Liam Amner (drums) has no clear cut leader or front-person among the group. Instead, the improvisational influences of their jazz background foster a more collaborative, free-flowing approach to cultivating their unique sound that could intrigue any passing listener.

The poignant vocal swells and galloping beat of “Martin” followed by the fiery, punk number “Rael” got my gears grinding and was a real eye opener at the top of the album, both served up against a backdrop of brass and electronic drone. “Ruth” felt like a call to arms of sorts with its multi-layered call and response vocals and deep primal beat, faintly reminiscent of the stylings of tUnE-yArdDs, before catapulting into a swift and unexpected tidal wave release of energy and breath at the end of the song. The slow choral chant, blurry synths and brassy wails of “Naksno” offered up another striking moment – the kind of song I could envision myself swinging and swaying to live with a serene smile and stomach-full of vodka.

Hey Elbow thoroughly impresses with their masterfully constructed, but never confined, rich and ethereal sonic creation. Every Other is music to dream to, music to wander off to, music to lose yourself in and escape the real world, if even for a half an hour.

Hey Elbo’s debut album, Every Other was released on April 14, 2015 via Adrian Recordings. You can stream the record here. There are no Los Angeles dates announced, but we’re hoping they make a tour run soon! 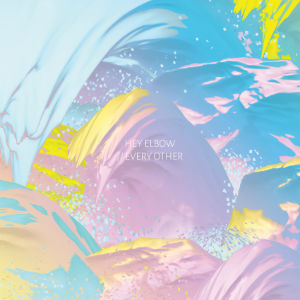